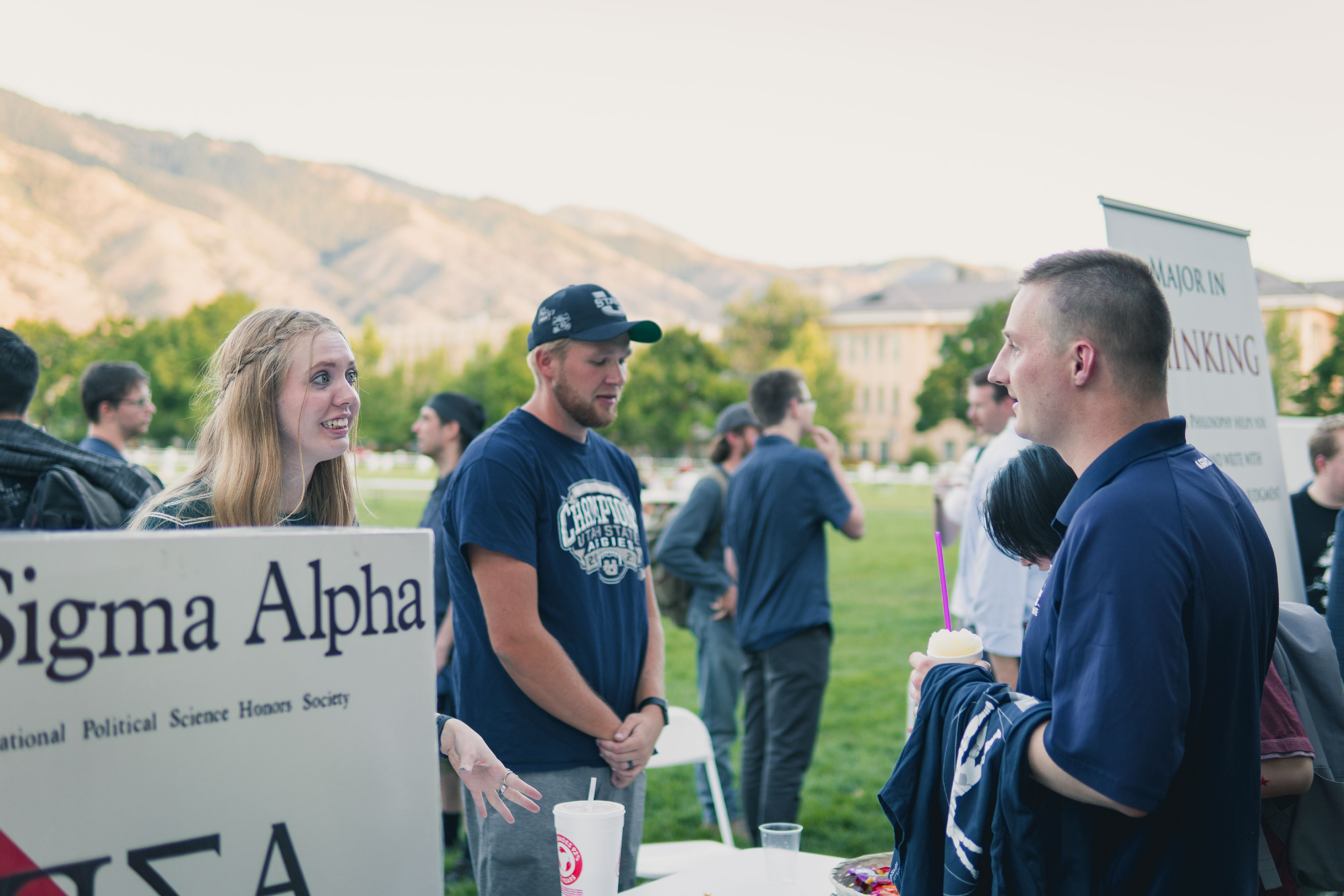 Pi Sigma Alpha, Utah State University’s political science honors society, has been named the best chapter in the nation, the fifth time since 2013 that USU’s chapter has been recognized with this award.

“Only five universities nationally received this distinction from among those that have enrollments between 15,000-25,000, which means we’re competing with some of the largest and most distinguished higher ed institutions in the world,” said Political Science Department Head, Damon Cann, calling it, “a unique and special accomplishment.”

USU’s Alpha Iota chapter has inducted over 1300 members since it was founded in 1946, making it one of the oldest PSA chapters in the nation. Membership is open to undergraduate and graduate students who have completed at least 12 credit hours of political science coursework with a GPA of at least 3.2, though many USU members exceed these criteria.

For the past year, Cann has been co-advising USU’s Pi Sigma Alpha chapter alongside colleague Colin Flint, distinguished professor of political geography. Flint says this year’s honor is a testament to the challenges students faced in recent years. “The PSA leadership team kept the chapter running through COVID and then, once we were all back on campus, played an integral part in re-energizing the students and making them a vital part of the department and college community. They led the way in helping students be resilient and how to create community in trying times.”

Pi Sigma Alpha was founded in 1920 as a way to recognize outstanding students studying political science and related fields.  With nearly 850 chapters around the world, USU’s Alpha Iota was honored to again receive the Best Chapter Award for 2021-2022. During the past year, members of USU’s PSA honors society organized lectures and participated in fundraising drives for Heifer International and Lifting Hands, which caught the attention of the national office.

In describing its history, Cann added, “Our chapter alumni have gone on to top law schools, Ph.D. programs, and significant roles including in academia, philanthropy, and government.” And the students currently participating in USU’s political science honors society agree that membership has its advantages.

“Pi Sigma Alpha has allowed me to make great connections with others in my major and with individuals involved in careers that align with my future goals,” said Club President and Law and Constitutional Studies major, Lauren Cunningham. “PSA has presented countless opportunities that helped me to build my resume, develop my character, become a better student, make friends, learn, and serve others.”

USU’s chapter was notified of this year’s recognition on Aug. 19 by Pi Sigma Alpha Executive Director, Tanya Schwarz. The winners of the Best Chapter Award will be announced on PSA’s digital platforms and featured in a future issue of the American Political Science Association’s magazine, Political Science Today.

Alpha Iota chapter plans to host the Department of Political Science opening social on Sept. 7th, as well as a discussion panel and service activity later this semester. 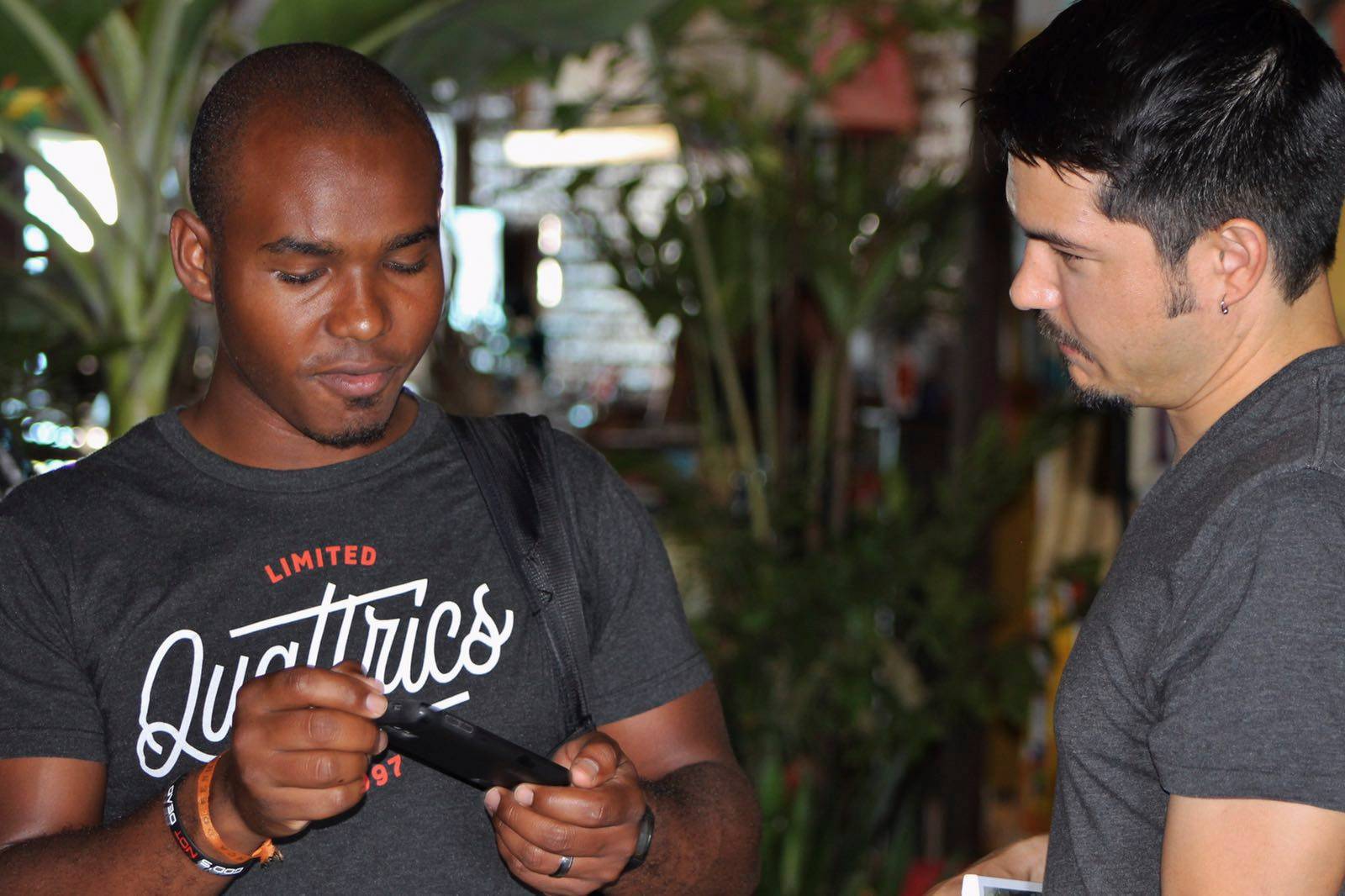 The NSF has funded a study to understand how behavioral changes affect health outcomes. Associate Professor of Cultural Anthropology, François Dengah, will conduct a three-year project looking at the impact of gender roles and family life on an individual...

Pi Sigma Alpha, USU’s political science honors society, has been named the best chapter in the nation, the fifth time since 2013 that USU’s chapter has been recognized with this award.