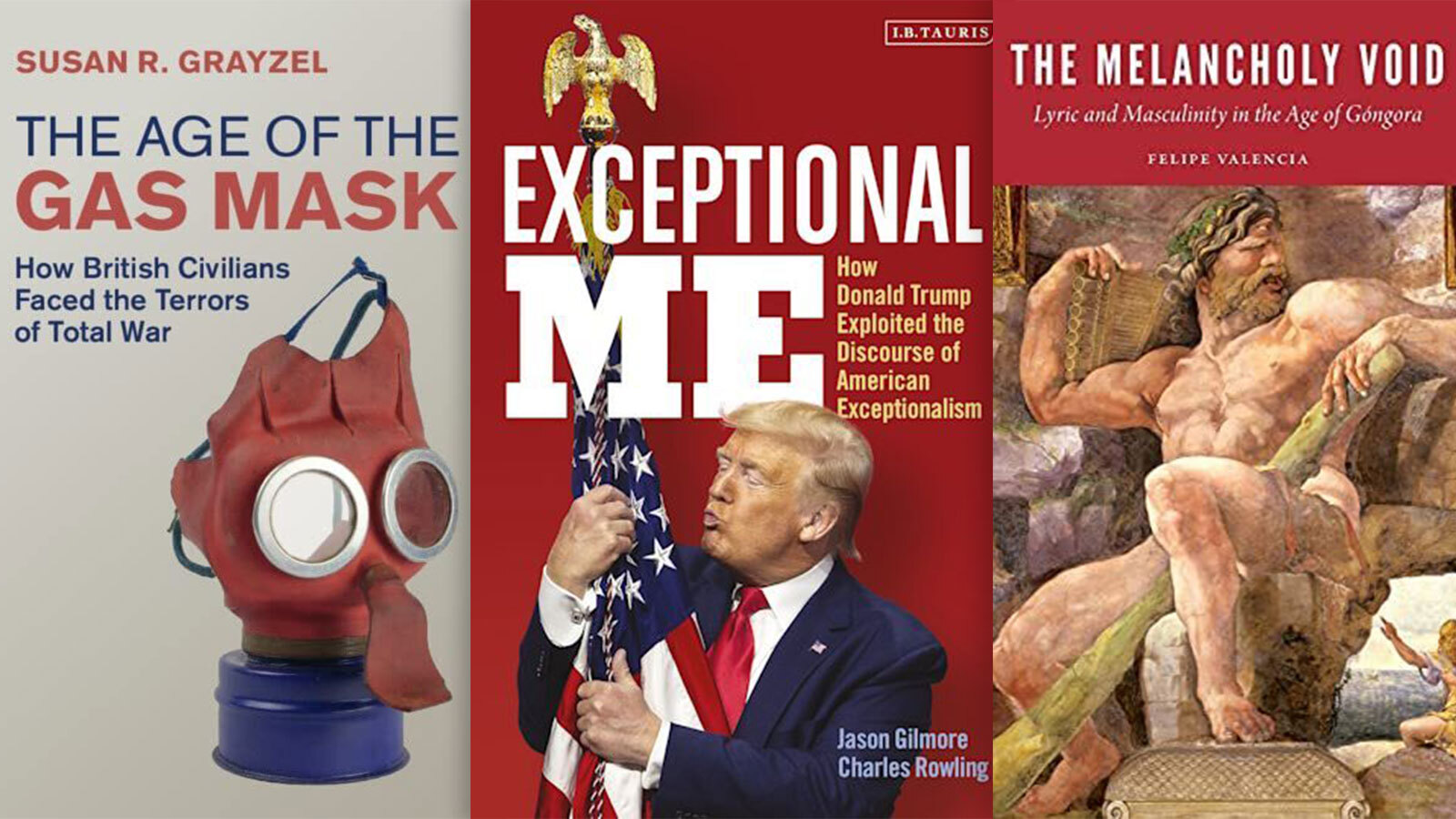 This fall several faculty in the College of Humanities and Social Sciences held talks to discuss recent publications. While there is never a shortage of books among CHaSS scholars, a new series was recently introduced to promote the creative work and research conducted in the college.

According to Associate Dean for Research Julia Gossard, “it allows us an opportunity to both celebrate our faculty’s achievements and also to discuss faculty’s research and creative questions.”

President Cockett’s strategic plan for Utah State University emphasizes “driv[ing] impactful research and creative excellence,” and Gossard says the series is “just one initiative in CHaSS to meet this goal.”

On Nov. 4, Valencia discussed his recently published work “The Melancholy Void: Lyric and Masculinity in the Age of Góngora.” The book explores a reinvention of the lyric in Spanish letters at the turn of the 17th century. According to Valencia, lyric poetry had previously been associated with female voices. A shift saw poets like Luis de Góngora employ symbolic gender violence against women, particularly the poet’s beloved, as a way to construct a masculine voice in lyric poetry. During his presentation, Valencia connected these themes to the modern day, noting that the fable of the melancholy male artist who perpetrates violence against a woman, especially when he supposedly loves her, is still a feature of contemporary storytelling, in movies, for example. Think of Stanley Kubrick’s “The Shining” or Roman Polanski’s “Rosemary’s Baby.”

Gilmore’s book talk was held on Nov. 11 and focused on his co-authored publication, “Exceptional Me: How Donald Trump Exploited the Discourse of American Exceptionalism.” The discussion drew a large audience to the Merrill-Cazier Library where Gilmore reviewed data going back to Harry Truman, showing presidents have almost uniformly favored discourse that promotes American exceptionalism, or the idea that the United States is intrinsically unique and to be venerated. Conversely, Donald Trump claimed that America’s greatness had “vanished” and asserted he was the one person who could “Make America Great Again.” “Exceptional Me” explores Trump’s rhetoric, which falls outside the norm, and insists that he alone was responsible for the return of American exceptionalism during his presidency.

Professor of History Susan Grayzel also presented a book talk this fall. This was organized by Tammy Proctor, distinguished professor of history, and featured several historians responding to Grayzel’s new work “The Age of the Gas Mask: How British Civilians Faced the Terrors of Total War.” The talk was held via Zoom on Nov. 4. “The Age of the Gas Mask” is focused on the introduction of the civilian gas mask during the interwar period in Great Britain. Published in November, this look at one government’s efforts to protect civilians during a crisis and how the masks would signify political allegiance feels eerily familiar in 2022.

While Grayzel’s event was not directly affiliated with the fall CHaSS Book Talk series, Gossard has invited her to present on Feb. 10, 2023.

Other recent publications in CHaSS include the following:

The series will resume on January 27 and feature Distinguished Professor of English Joyce Kinkead. To access additional publications in the college, please visit: https://chass.usu.edu/liberalis/bookshelf/archive/fall-2022/fall-22-booklist

A new series was recently introduced to promote the creative work and research conducted in the college. The CHaSS Book Talk series was designed to help facilitate a more robust intellectual community among faculty, staff, and graduate students, centering...