A Wondrous and Hairy Disease

These days, with the help of Dr. House and Web MD, it seems we can all claim some level of medical expertise.

So, we understand there are some medical conditions guaranteed, in non-medical terms, to gross us out.

So imagine the consternation, even shock, of Dr. Johannes Scultetus who in the mid-1600s performed an autopsy only to find the oddest thing. Ever.

Dr. Scultetus’ stupefying discovery is a story of science, a story of love, and the story of one social scientist who has fallen in love with Harry Truman. No wait , check notes, … a hairy tumor.

Oh yeah, we felt that shiver in your shoulders even from over here.

Here’s the love story. At a time when almost all autopsies were performed for the benefit of medical students, a husband in Nuremberg, Germany, in 1652 paid for an autopsy on his wife. She’d died after eight years of agony, including violent spasms in her abdomen and distensions that were likely, even hopefully, believed to be pregnancies.

A private autopsy was unheard of, particularly one paid for by a husband, even a rich one like Luca Schnitzer, a prominent etcher and engraver. Unfortunately, we never learn his wife’s name.

We also don’t know his response when the physician’s knife revealed the killer to be a cancerous tumor, covered in hair.

That modern investigator is Kristen Brady, a graduate student of History. Enroute to her master’s degree, she’s analyzed that 17th century autopsy report written by Dr.Scultetus. She’s fascinated rather than repelled by a hairy tumor. Strictly as a historian.

“Trichiasis Admiranda,” written in scholarly Latin, is among the earliest documented studies of the female reproductive system. But Dr. Scultetus’ bombshell remained obscure and unheralded for nearly four centuries until Classics professor Mark Damen, who’d been tasked with translating the document, singled out a history graduate student, Kristen Brady, as a researcher who would look past the hairy part and instead discover the whys and wheres.

What she found was the earliest physician’s explanation ever of a tumor in a woman’s reproductive system. Brady and others now believe that the cause was likely ovarian cancer, a particularly vicious disease marked by what medical professionals now call a teratoma, a kind of tumor.

As for the tumor itself, it’s still rare enough today to be the fodder of tabloid journalism. The tumor most often takes root within an embryonic cell. These are stem cells whose purpose is to grow into specialized organs. This means that in tumors resulting from rogue stem cells, you might find hair, fully developed teeth and even body parts like a hand or foot. Weird even by tabloid standards. Even weirder by 17th century standards.

Brady began her college career as an English major at Wittenberg University in Springfield, Ohio. She’d already written four novels by this time. But she was led astray by a history professor. (No offense meant to Dr. Tammy Proctor, a professor of history at Wittenberg and currently department head in History at USU.) Plots fascinated her less than what she learned about culture.

As an undergrad she focused on medieval history and early modern history. “But I felt like it was so irrelevant to modern social problems,” she said. “I know that’s kind of unfair and it really can be, but I just couldn’t reconcile that.“

Proctor’s connection with Wittenberg University is what first encouraged Brady to visit USU and meet with History faculty. Then, she said, “I met Norm Jones (professor emeritus of History) and was immediately like, okay, well I have to work with Norm Jones. I have no other option now.”

Her path to this point was her research on women’s networks in the 16th century. Then she came across an article discussing whether Frederic Chopin had suffered from cyclic fibrosis rather than the accepted diagnosis of tuberculosis. “That was the first time I actually realized that the history of medicine really was a field and it could actually speak to modern patients,” she said.

She decided to focus on etiology, the cause and origins of medical diagnose — basically the history of diagnosis. “I came here really interested in the development of diagnostics,” she said, “specifically misdiagnosis.”

Then she met with Mark Damen, Classics professor.

This particular turn in the plot begins with William Lensch, Chief of Staff at Harvard University Medical School with a role in the university’s Stem Cell Institute. He’s also an Aggie (Science, 1982). Because of his undergraduate work with USU Classics and Damen in particular, he asked Damen to translate the document — which he did with former USU post doc Charles (Chuck) Oughton, now a Classics faculty member at Brigham Young University.

There it remained, in Damen’s marvelously cluttered office because, said Brady, the department didn’t have a historian of medicine who studied modern history. Then it came her way.

Scultetus, the German doctor, detailed his analysis of Mr. Schnitzer’s autopsy in a manuscript titled “The Wondrous Hairy Tumor.”

It was indeed a fascinating time for social development. In England, some 200 witches were killed the same decade. But, in Germany the printing press had been in use for only a couple of decades and medical texts were the era's Harry Potter.

Brady has been unable to uncover any research that gives us the background of this particular physician. She suspects, though, that Scultetus had stumbled onto this odd thing and was trying to use it to make his name.

Scultetus dedicated his document to the Archduke of Austria, likely an attempt to “use this as a stepping stone up the ladder,” she said. Possible goals would include a better position at a university.

That didn’t work, she believes, because that evocative title, "The Wondrous Hairy Tumor," seems to disappear in history. The topic of ovarian cancer is really not taken up again until the 19th century.

Brady discovered early on that she had stepped right into a minefield — this was a field of research that historians believed they were most capable of explaining, but they were decried by physicians as lacking necessary medical knowledge.

Brady has come down in the camp of historians using modern terms to explain a retro diagnosis — that is, taking an ancient medical text and diagnosing the ailment in a 21st century context. On the other side is a fierce contingent of “social constructionists” who believe that something like medicine can only be explained within the context of a culture and its social order. A modern term, like teratoma, would violate something or other.

The consensus eventually settled in agreement with historians, an outcome heartily approved by Brady. She relishes her continuing task of resurrecting dusty, obscure texts and translating them into a form we can understand even four centuries later. "If we’re going to make the history of medicine relevant to physicians and patients, we have to use modern terminology," she said.

Brady leaves USU and travels this fall to Johns Hopkins University in Baltimore where she'll complete her doctoral studies.

And, in parting, we all thank you, Kristen Brady, for leaving with us the unseeable image of a hairy tumor. 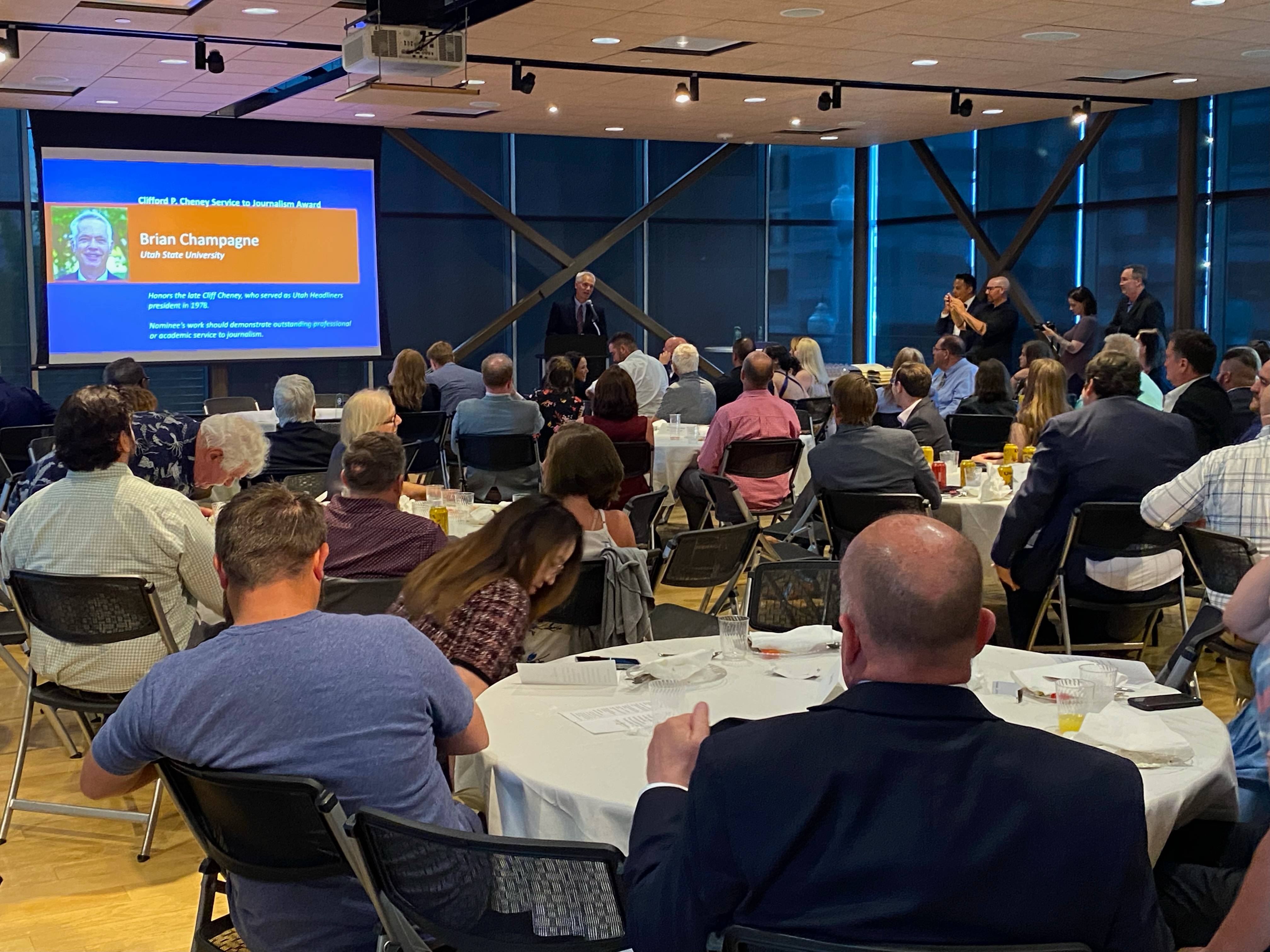 Dozens of Utah State University students, alumni and faculty members have been honored by the state chapter of the Society of Professional Journalists.

If you have an affinity for ancient civilizations and languages, the USU Classics program is for you. Visit their homepage to find out more.