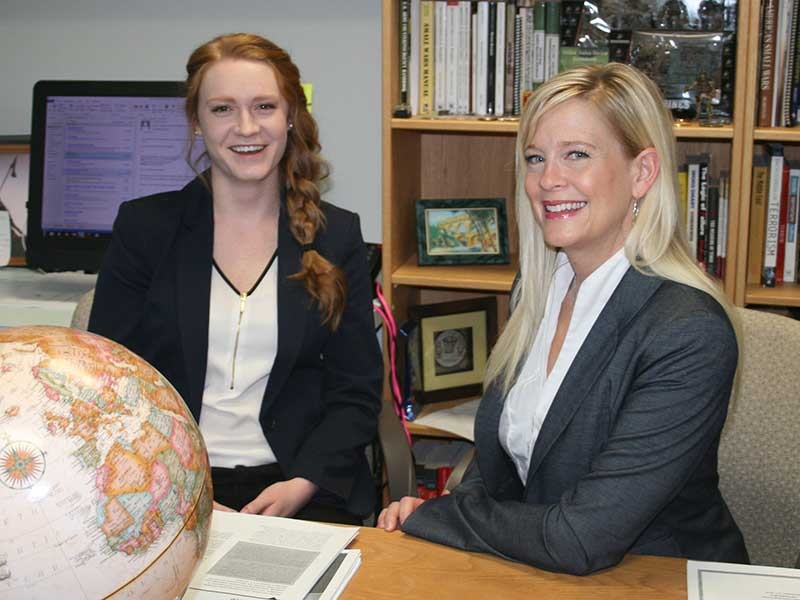 3D-printed 'lowers' or lower receivers, which house the firing mechanism of an AR-15 rifle, are untraceable. Undergrad researcher Tori Bodine is investigating technological developments and their effects on social questions. Public domain image.

Firearms constructed with 3D-printed parts aren’t suited for the long haul. After firing a few rounds, barrels warp, break and they’re ready for disposal. And that’s what provides advantages to criminals. Crafted from plastic, the weapons won’t set off metal detectors. Built at home without serial numbers and discarded after use, the untraceable weapons contribute to a larger “ghost gun” problem.

Utah State University undergraduate researcher Tori Bodine wonders just how many of these weapons are in circulation. In the Sacramento, California area alone, she says, ATF agents reported seizure of 270 such firearms in 2017, but those figures may only scratch the surface.

“We put an inordinate amount of trust in numbers,” says the Smithfield, Utah native, who completed a bachelor’s degree in political science from USU in 2016, and is now working toward a second bachelor’s in statistics. “If we don’t have accurate, robust data, we don’t have transparency and the ability to address big questions about ways technology can outpace ethics.”

Bodine is among about 30 USU undergraduates, who’ll present their work to state legislators and visitors in Utah’s Capitol Rotunda in Salt Lake City on Tuesday, March 5, 2019, from 8 a.m.-1 p.m. The annual Undergraduate Research Day, initiated by USU in 2000, is designed to showcase the importance of research in undergraduate education.

“I got hooked, when I saw the intersection of social science research and statistics,” she says. “I wondered how far data science might be lagging behind conversations about big social questions and wanted more cross-training to better understand the technical side of where those numbers were coming from.”

With faculty mentor Jeannie Johnson, assistant professor in Department of Political Science, Bodine is seeking to bridge that gap. Beyond ghost guns, she sees hundreds of other issues yearning for data analytics: artificial intelligence, cybersecurity, CRISPR technology, to name a few.

The undergraduate will be among the first students participating in USU’s upcoming Center for Anticipatory Intelligence, which will be directed by Johnson.

“Tori is an ideal candidate for this collaboration, which will be located in the College of Humanities and Social Sciences with the College of Science and College of Engineering as partners,” Johnson says. “An aim of the initiative is to offer students and professionals a sophisticated, cross-disciplinary grasp of national security concerns that are increasingly affecting their own fields and industries as a result of emerging technology.”

Bodine, who recently completed an internship in mechanical engineering, says she looks forward to talking with people outside her field and outside of academia.

“It’s easy to get consumed in an academic bubble,” she says. “Some of my favorite conversations are with people who have nothing to do with any of the fields I’ve studied.”