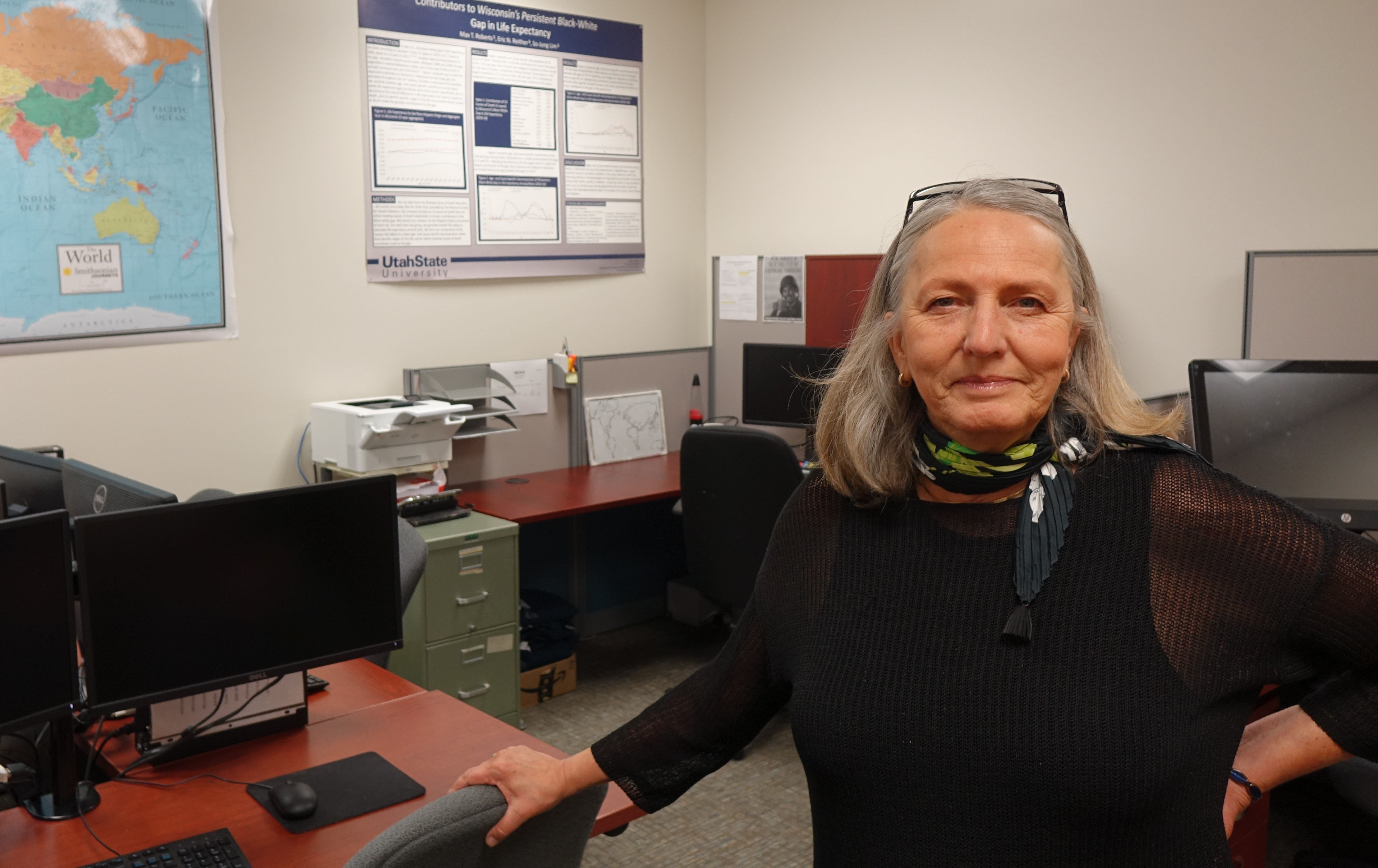 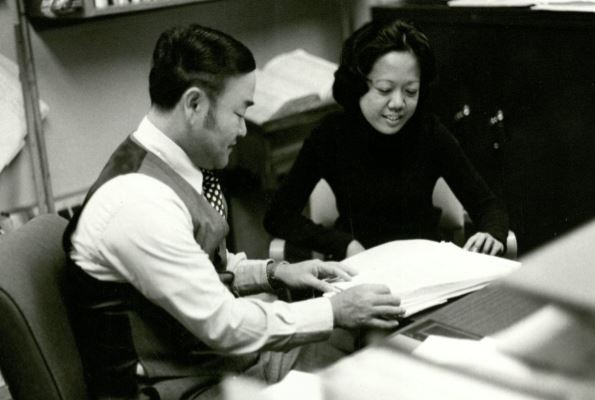 Sociology Professor Yun Kim, shown here in this undated photo with a student, will be feted at a symposium Oct. 12 commemorating the 50th anniversary of the demography laboratory he launched in 1968. The daylong event features research presentations by many of the lab's several hundred alumni.

This year salutes the half-century mark for a Utah State University demographics lab that is one of the oldest such research hubs in the country.

Since it was founded on Oct. 12, 1968, the Yun Kim Population Research Laboratory has become a force for population science and education in the western United States, according to E. Helen Berry, a professor of sociology and the laboratory’s director.

On Friday, Oct. 12, sociology graduates and faculty will gather for a celebration that will include an academic symposium, research papers and a reception. The lab is housed in the Department of Sociology, Social Work and Anthropology in Old Main.

The daylong event, to be held in the Eccles Conference Center, begins at 8 a.m. with welcoming remarks by USU President Noelle Cockett and former President Stan Albrecht. Michael B. Toney, a USU professor emeritus who directed the lab between 1988 and 1995, will also speak.

The conference’s final speaker will be Yun Kim, USU professor emeritus, who as a sociology professor founded the lab in 1968.

Over its 50 years, the lab has served as a center for demographic research and training at USU, said Berry. It’s nurtured the education of several hundred students and faculty who have gone on to careers at universities and non-governmental organizations worldwide and in such governments as South Korea, United Arab Emirates, Pakistan, Thailand and Kenya.

These alumni will be active participants in the conference, with many giving presentations on their research and career paths. Among the Oct. 12 presenters are Valerie Durrant, director of AIDS, Behavioral and Population Sciences at the National Institutes of Health; Wu Xu, director of the Utah Department of Health’s Center for Health Data and Informatics; and Eric Jensen, Technical Expert for Demographic Analysis for the U.S. Census Bureau.

Presenting alumni are also well represented in academia, for example, Stephen Kan, who retired from IBM and is an adjunct faculty member at the University of Minnesota; Elias Nigem, associate director of Middle East Studies Institute at the University of Toledo (Ohio); and Chalon Keller, a professional practice assistant professor in USU’s Center for Entrepreneurship and the Marketing and Strategy Department of the Jon M. Huntsman School of Business.

The population lab was founded in 1968 by Yun Kim, a sociology professor who remained its director for nearly 30 years. His mission, said Berry, was to “stimulate and support quality scientific research on a range of population issues affecting our state, nation and world.”

Kim retired in 1999 after a 30-year career in which he served as SSWA department head for many years, as well as chair of USU’s Asian Studies. After retirement, he and his wife, Wendy Kim, moved to Seoul where he serves as vice provost for the Office of International Education and Cooperation at Far East University in Seoul.

In recent years, the lab has sponsored population research on aging, domestic and international migration, sleep, obesity, gender and rural population change.  Faculty associated with the lab have been quoted in news media worldwide, including the New York Times, Washington Post, The Wall Street Journal, and even Readers Digest.

The lab is a member of the Association of Population Centers and the state-authorized Utah Population Estimates Committee.

The celebration will be held at Utah State University’s Logan campus, and will include an academic seminar, poster sessions, alumni introductions, and other events. The symposium is free; pre-registration is encouraged. The agenda is available at https://sociology.usu.edu/research/yun-kim-pop-lab.