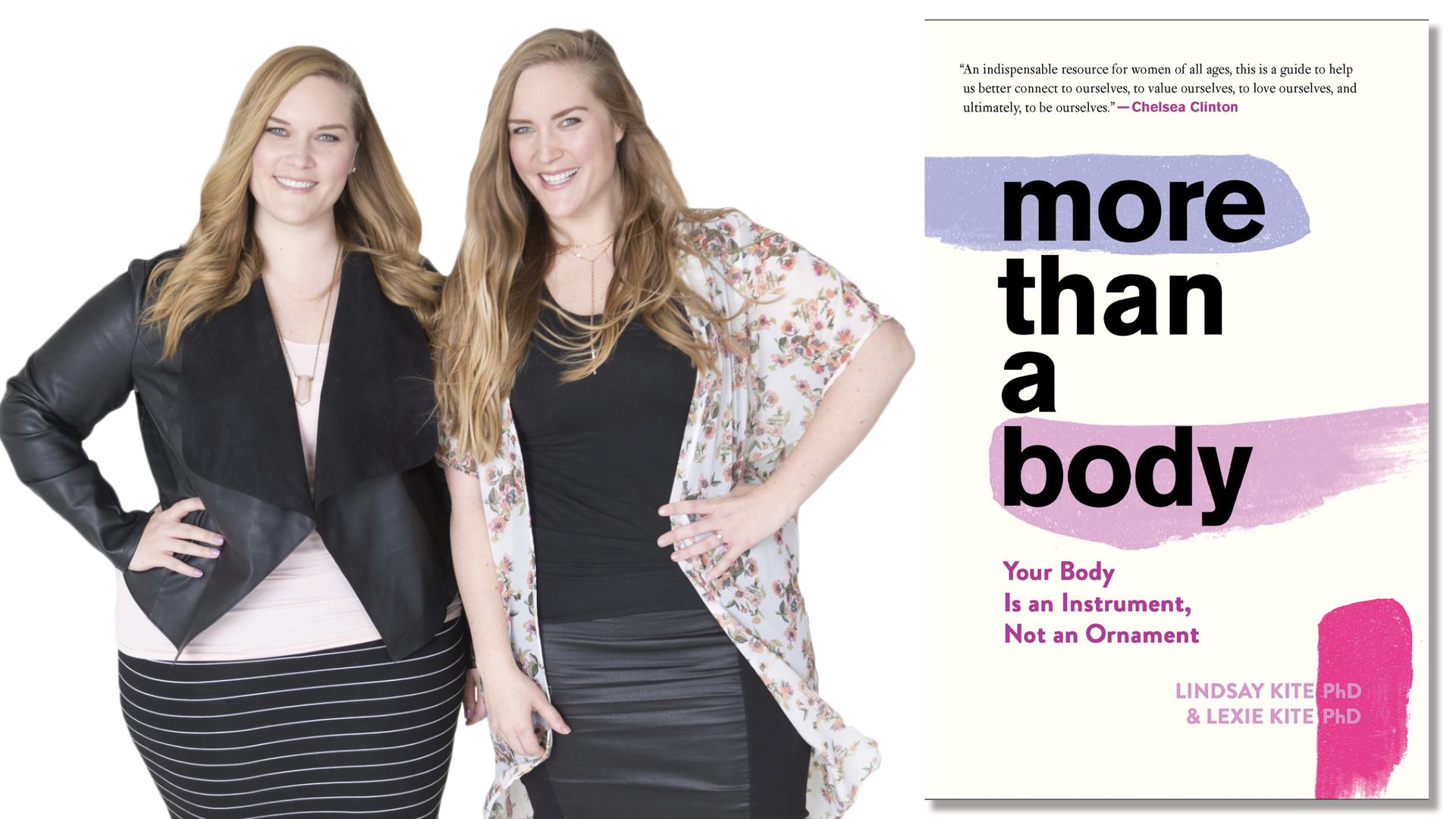 Lexi and Lindsay Kite, both Journalism Alumni, next to their book, "More Than a Body".

The Kite Sisters book More Than a Body reached #1 on Amazon’s Eating Disorder and Self-Help new release section and aims to help readers understand truths about their bodies.

In a personal email communication, Lexie Kite, Ph.D., and co-author of More Than a Body stated, “Our beauty-obsessed world perpetuates the idea that happiness, health, and the ability to be loved are dependent on how we look, but through our doctoral research and years of body image activism, we offer an alternate vision. We are working to help people see and overcome the extremely common state of appearance anxiety and body monitoring that is at the core of so many peoples’ body image struggles.”

The inspiration behind More Than a Body stems from the voices and experiences of thousands of girls and women whose values so often derive from how they appear. Since graduating with their doctorates in 2013, Lexie and Lindsay have spent the years working with their nonprofit – Beauty Refined – and addressing large audiences through social media, blogs and public speaking events. With the publication of their new book, they feel they are able to reach an even wider audience and help more people understand the truth that a body is good despite its perceived appearance. Before release, “More Than a Body” had already proven to be a hit, and the Kite Sisters hope it will hit No. 1 on the bestseller chart after people have had the chance to read it.

Lexie expressed that the process of writing this book was an arduous and inspiring one. Pitching their book proposal to major publishers was both terrifying and exciting as they wondered how their message and ideas would be received. Despite the fact that More Than a Body has not been fully released yet, it has received many prestigious recommendations such as a starred review from Kirkus Reviews.

Recently, the sisters held several press and speaking events in early January. In the future, they plan to begin work on another book more geared toward young adults, followed by one aimed toward parents and then children.

When emailed about advice she had for current students and alumni, Lexie said, “Find a career, or even just a side-gig for a few hours a week that allows you to do something that fulfills your sense of purpose, that ignites the fire within you that makes your heart pound. We all have important work to do, and those core skills you learn in the humanities, arts, and social sciences are more important than ever. You will find success and make a difference in the world as you learn to communicate more effectively, think critically, read more deeply, ask questions, and work to find creative solutions.”

Before being released, the Kite sister’s book hit the No. 1 spot on Amazon for Eating Disorder Self-Help New Releases. It is available wherever books are sold.