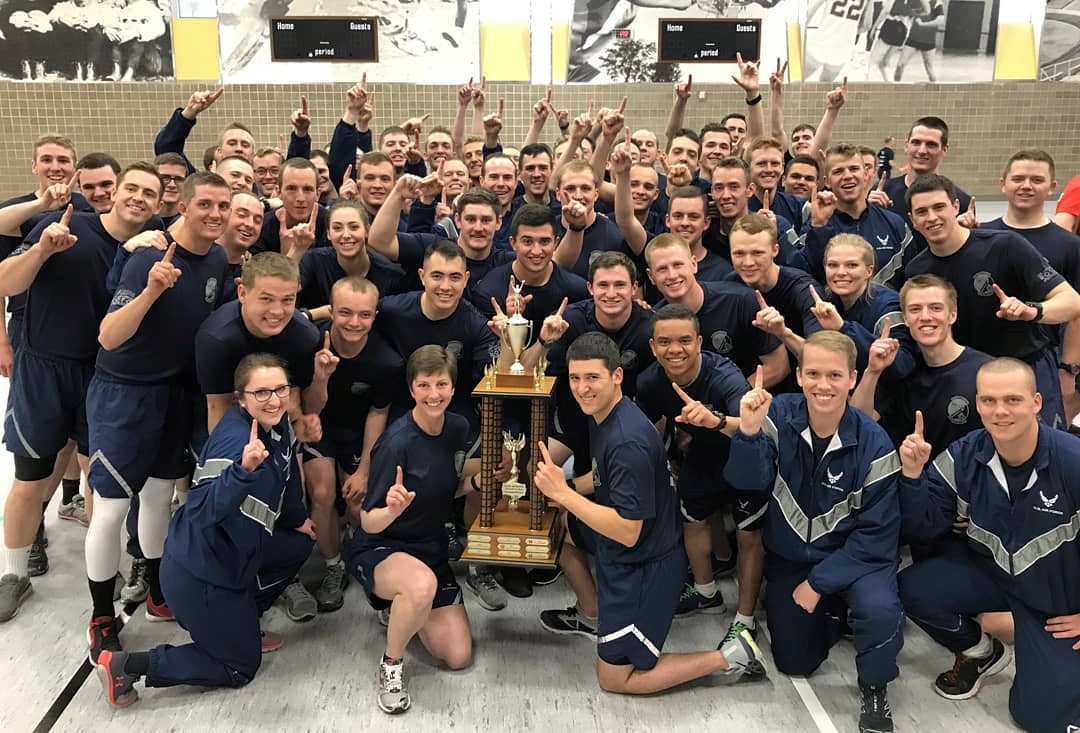 Cadets from USU's Air Force ROTC Detachment 860, pictured with their Tri-Det trophy from a competition with other Utah universities. The cadet wing ranks in the top 5 nationally.

The cadets of Detachment 860 were ranked No. 1 in cumulative GPA among all 34 AFROTC units in the Northwest Region, and No. 5 among all 145 ROTC units nationwide, said Lt. Col. Steven Smith, the wing’s commander and professor of Aerospace Studies.

The College of Humanities and Social Sciences is home to Aerospace Studies, as well as Military Science with its U.S. Army ROTC battalion.

The detachment also won the quarterly Cadre Team Excellence award at the national level. Its cadre, or faculty leadership team of Air Force officers, ranks No. 1 out of 145 detachments in leadership performance and is currently competing for a top honor at the Air University level, which includes all ROTC units as well as the Air Force Officer Training School in Maxwell Air Force Base in Montgomery, Ala.

Newly commissioned officers for the Air Force come from ROTC units, where cadets are commissioned as they graduate with a degree, or the OTS, which accepts officers-in-training who already have a degree, said Smith. USU’s AFROTC will commission nine new second lieutenants in a May 4 ceremony.

Last year, Detachment 860 reached No. 2 in cumulative GPA for the Northwest Region. “We let it be known that our priorities were academics first, physical fitness second and leadership throughout,” said Smith. “We’ve focused on those three priorities, and our cadets have responded to that.” 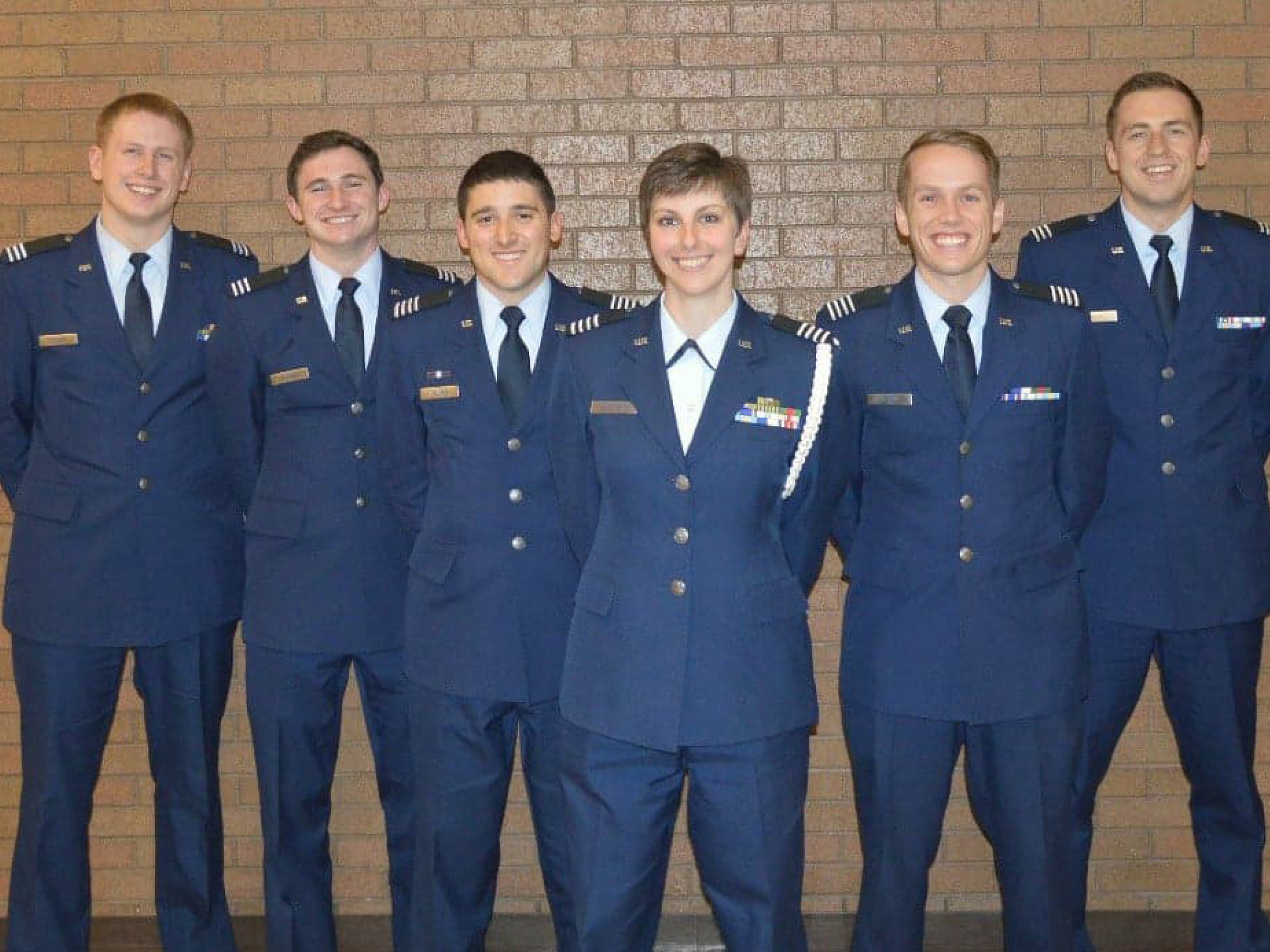 The wing has captured additional achievements this spring.

All of the 2018 second-year cadets were accepted for this summer’s national field training at Maxwell Air Force Base. The national selection rate was 88 percent.

“Acceptance to field training is a major step in a cadet’s university career,” said  Cadet Col. Isabella Muffoletto, cadet wing commander. “It is a rigorous training program required for continued participation in an ROTC program and advancement to officer commissioning.”

USU also boasted a 100 percent selection rate for rated officer slots this year.  Rated officers are officers who will be piloting, navigating or performing other flying duties such as flying remotely piloted aircraft, said Smith.

The frosting on the cake came with the wing’s first-place win at the annual 2018 “Tri-Det” (Tri-Detachments) competition April 14 at the University of Utah. Aggie cadets bested competitors from the University of Utah, Brigham Young University and Utah Valley University in military knowledge, skills and athletic competitions.
Graduating 2018 cadets, who are commissioning May 4 as Air Force second lieutenants, are: