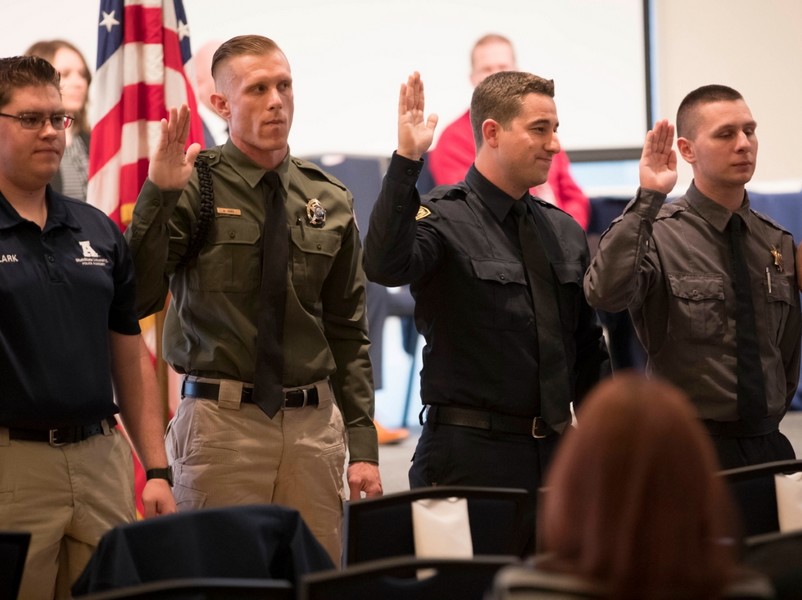 PRICE — The USU Eastern Police Officer Academy has expanded to USU Blanding via video-conferencing in a new program that its director says is the first of its kind in the state and likely the nation.

And, in April, the first graduates of the Blanding program, launched in fall 2018, raised their right hands to be sworn in as peace officers. Also receiving certificates were graduates from the existing Police Officer Academy in Price, making for a total class of 14 cadets.

The long-distance program works like this: Classroom lectures and discussions, led by instructors at the Price campus, are broadcast over Utah State University’s Interactive Video Conferencing system. (Cadets in the program need between 18 and 23 credit hours to earn a certificate.)

Scott Henrie, a professor of Criminal Justice in the College of Humanities and Social Sciences, said the program responds to a dilemma in rural counties. “They have a desperate need for trained officers,” he said. “But because the communities’ tax bases are small, they don’t have the money to send people to POST.”

That’s the Utah Peace Officer Standards and Training. In 2014, Henrie established a POST satellite — the USU Eastern Police Officer Academy — that has since prepared many law enforcement officers for employment in Eastern Utah as well as statewide. 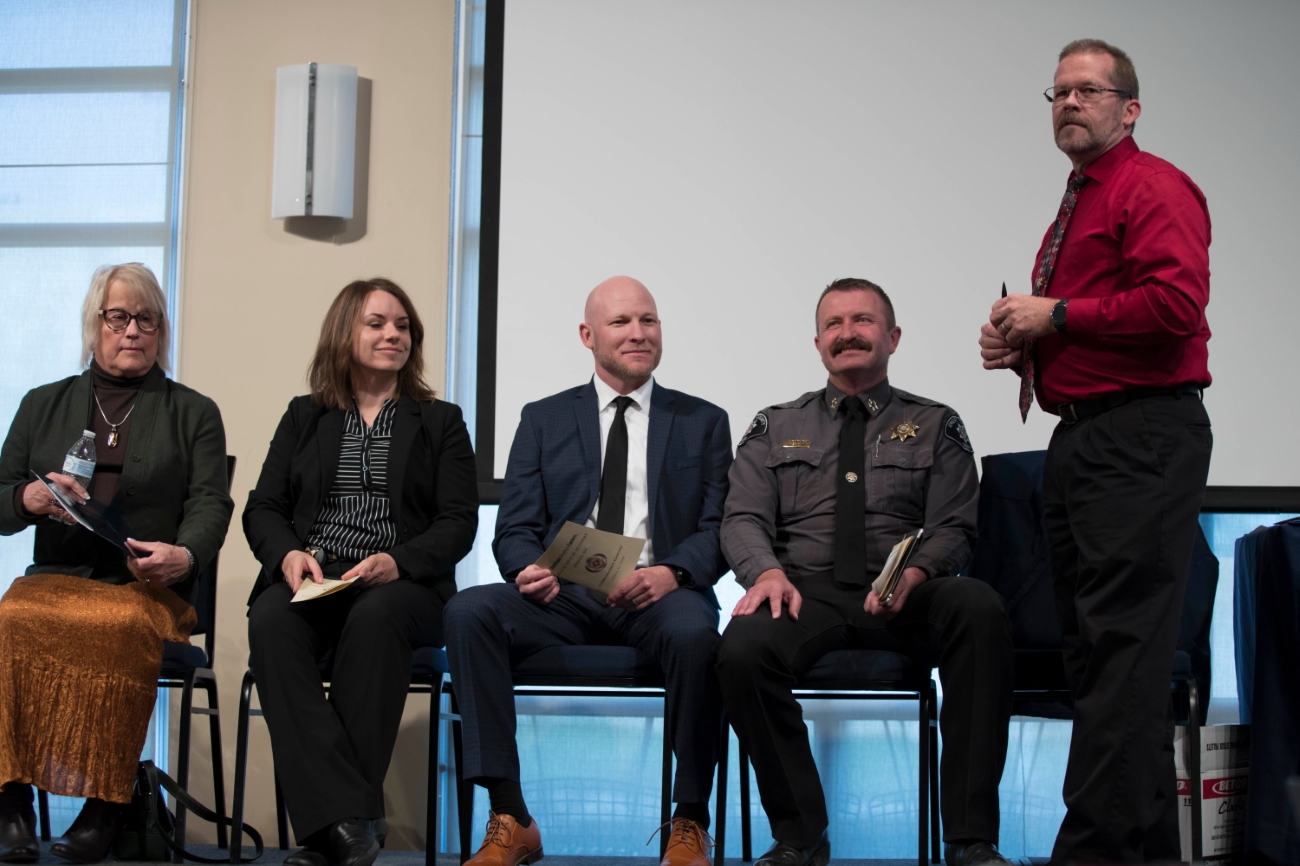 Isolated areas like San Juan County, however, have a hard time attracting trained people. And local residents often don’t have the resources to travel for a year-long program in Price. It’s a beautiful drive that takes one past Arches and Canyonlands national parks, but it’s more than three hours long.

Henrie said the police chiefs and sheriffs in southeast Utah have been enthusiastic, particularly since there are no other police training facilities in what is nearly half of Utah. There’s a POST satellite in St. George (six hours away from Blanding) and one in Vernal (five hours away).

“A lot of people there who want to get into law enforcement don’t have the ability to just up and move,” he said. And from a community’s point of view, if it hires untrained local people, “it becomes a financial drain to send them to POST.”

Localized training, however, attracts “people who grew up here, who’ve established families and homes here,” said Henrie. “We train them, and then they stay here. We find that those who grow up and understand this area will stay if they can get jobs.”

The unique combination of video-linked classes and localized hands-on training is the first in the state. It uses Interactive Video Conferencing (IVC), the system that allows USU Extension and other academic departments to have a statewide reach.

Henrie was told by a POST administrator that this effort to reach out to rural areas with certified law enforcement training is likely the only one of its kind in the nation.

Henrie is proud of the program’s job placement rate, which is close to 100 percent. Graduates of the Blanding program have already found employment with, for example, Blanding City, San Juan County, Vernal and Tooele.

The Police Academy, currently under the direction of Henrie and USU Eastern’s Criminal Justice, is being moved to Career and Technical Education because, said Henrie, it’s a non-degree certificate that leads directly to employment. Also, CTE generally allows for lower tuition. Henrie will remain as director.

There’s some crossover between students working toward a Criminal Justice associate’s degree and those entering the Police Academy, said Henrie, but not a lot.

Henrie said the academy is hoping to expand the program to the Moab campus next year.