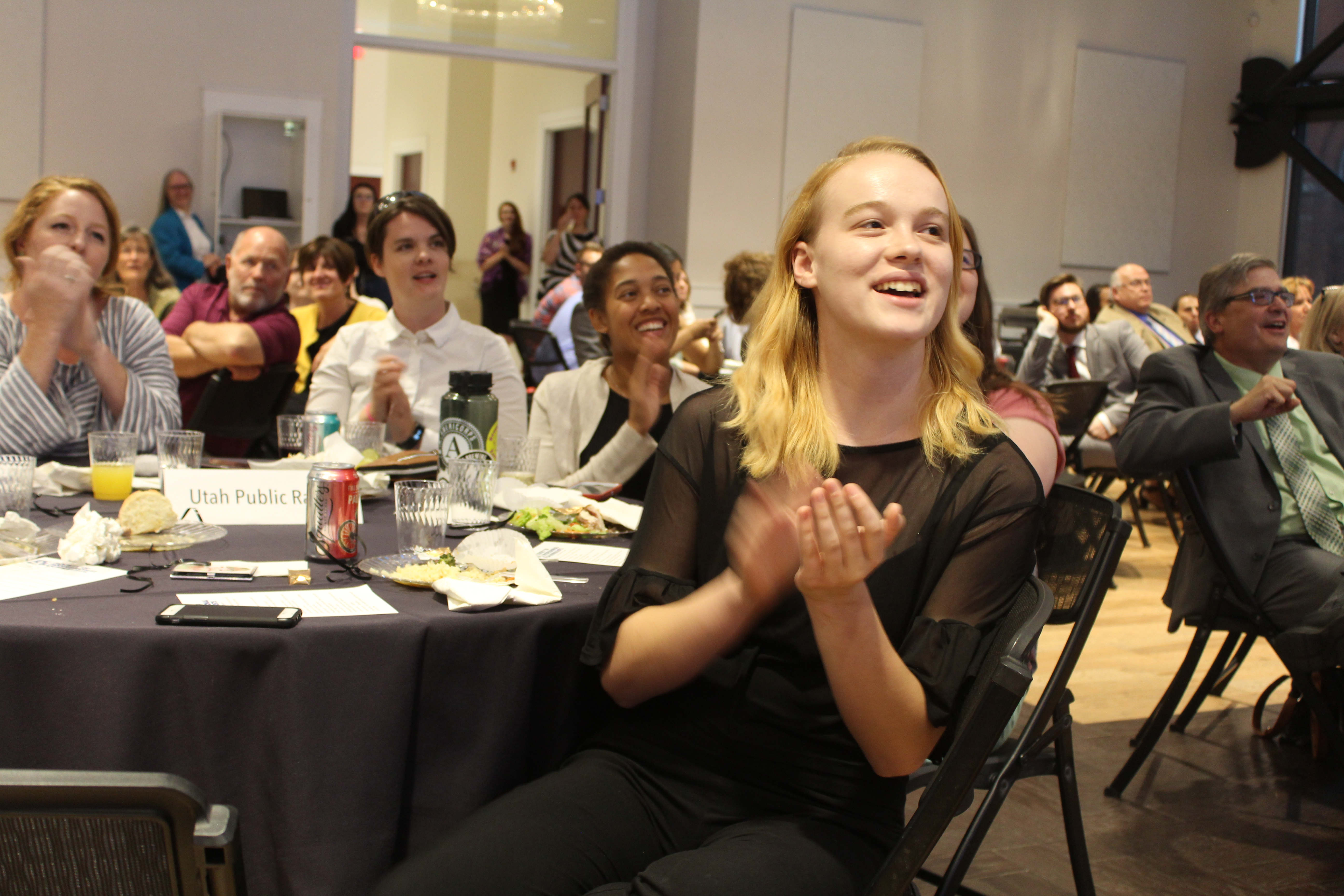 Katherine Taylor, a student in Journalism and Communications, reacts to USU winners being announced at the annual awards ceremony hosted by the Utah Chapter of the Society for Professional Journalists.

Utah State University’s student journalists were honored for their excellent reporting in a statewide competition that also recognized The Utah Statesman, USU’s student publication, as “best” in the newspaper category.

The Utah chapter of the Society of Professional Journalists, in its June 14 ceremony, awarded Utah Public Radio’s reporters with a shelf of prizes. The Statesman’s reporters were recognized with individual awards as well, with the contest’s judges commenting that “the Statesman is a good quality paper overall, with solid stories, effective writing, nice photos and good design elements.”

The annual competition includes two divisions, one for professional TV and newspaper reporters and a second division for student journalists and reporters working for weekly publications.

Many of Matthew LaPlante’s students were in the audience to applaud the acceptance by this assistant professor of Journalism and Communications of an award for ethical reporting.

LaPlante earned the Quintus C. Wilson Ethics Award for his reporting, along with El Salvadoran student Carolina Pena, about parents from this poor nation who make the difficult decision to send their children on a journey alone to the border of the United States. 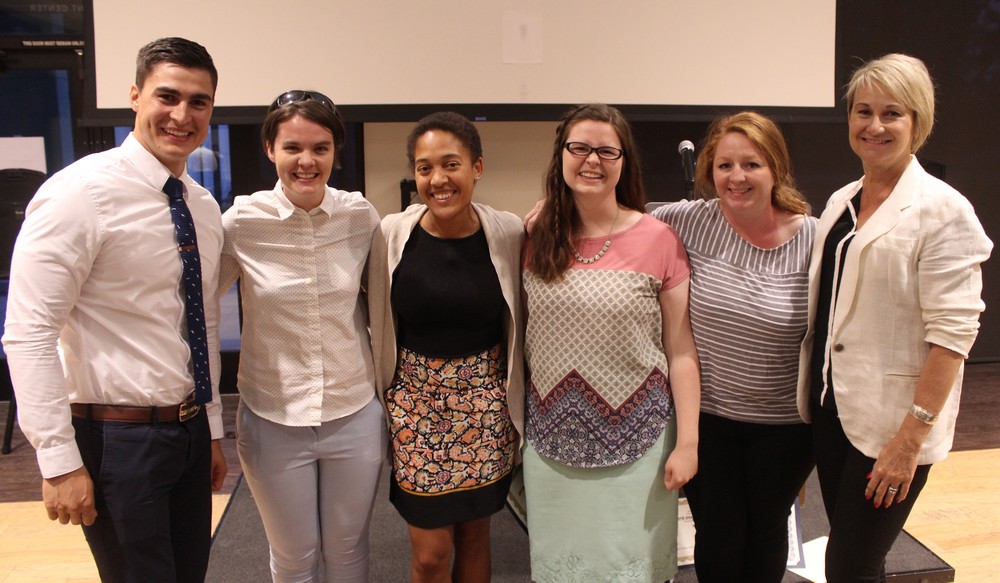 Second place, sports column: Logan Jones, “A Personal Thank You to the Man in the Odd Cap”

Third place, sports column: Daniel Hansen, “On the Flipside of the Storybook Ending”

Faculty member Brian Champagne, senior lecturer in Journalism and Communications, earned first place in television news editing for “Avalon vs Soul,” and a second place for his television series, “Champagne Automotive Reports,” both reported and produced for Fox 13 News.

Utah Public Radio was recognized for its news reporting as well as for original series such as “Crossing Borders” and “A State of Addiction.” UPR awardees are: