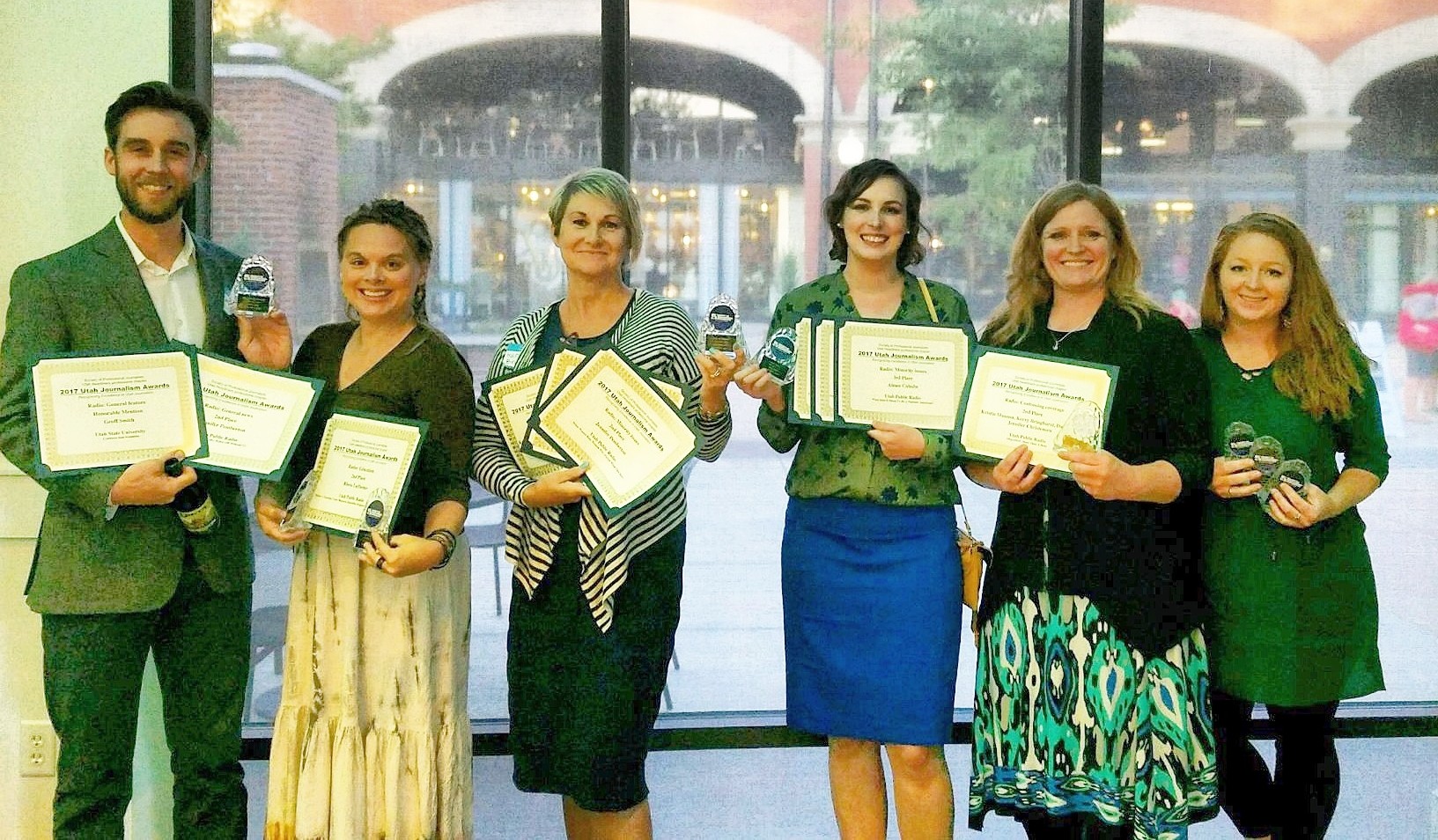 Each year in June, the state’s top awards for journalists and broadcasters are presented by the Society for Professional Journalists. And every June, Aggies are well represented.

This year’s awards, announced June 15 by the Utah Headliners, the SPJ’s Utah chapter, continue the course.

Reporters and editors at Utah Public Radio,  competing with all of Utah’s commercial and public radio stations, came away with more than a baker’s dozen of awards. “Objectified,” the original series investigating the fallout from media’s objectivism of women’s bodies, was singled out. The series, reported, edited and produced by UPR journalists, aired in the fall of 2016. Young journalists and editors at the Utah Statesman were also recognized.

And, awards went to two faculty members in the Department of Journalism and Communication – one working in print and the other in broadcast. Reflecting all of USU's JCOM staff, both professors remain active participants in the fields they teach their journalism students.

SPJ also saluted a combined effort by UPR and communication studies professor Jason Gilmore. Gilmore led student excursions to Alabama to participate in the 2015 Selma Civil Rights March, as well as to Brazil in 2016. Gilmore and his students joined UPR to present their experiences.

Best use of sound

Newspapers Division 1 (newspapers with circulations of more than 50,000 subscribers)

Matthew LaPlante, an associate professor of journalism and communication, received awards in the large newspaper category as well as the magazine category:

Newspapers Division 2 (newspapers statewide with circulations of less than 50,000 subscribers)