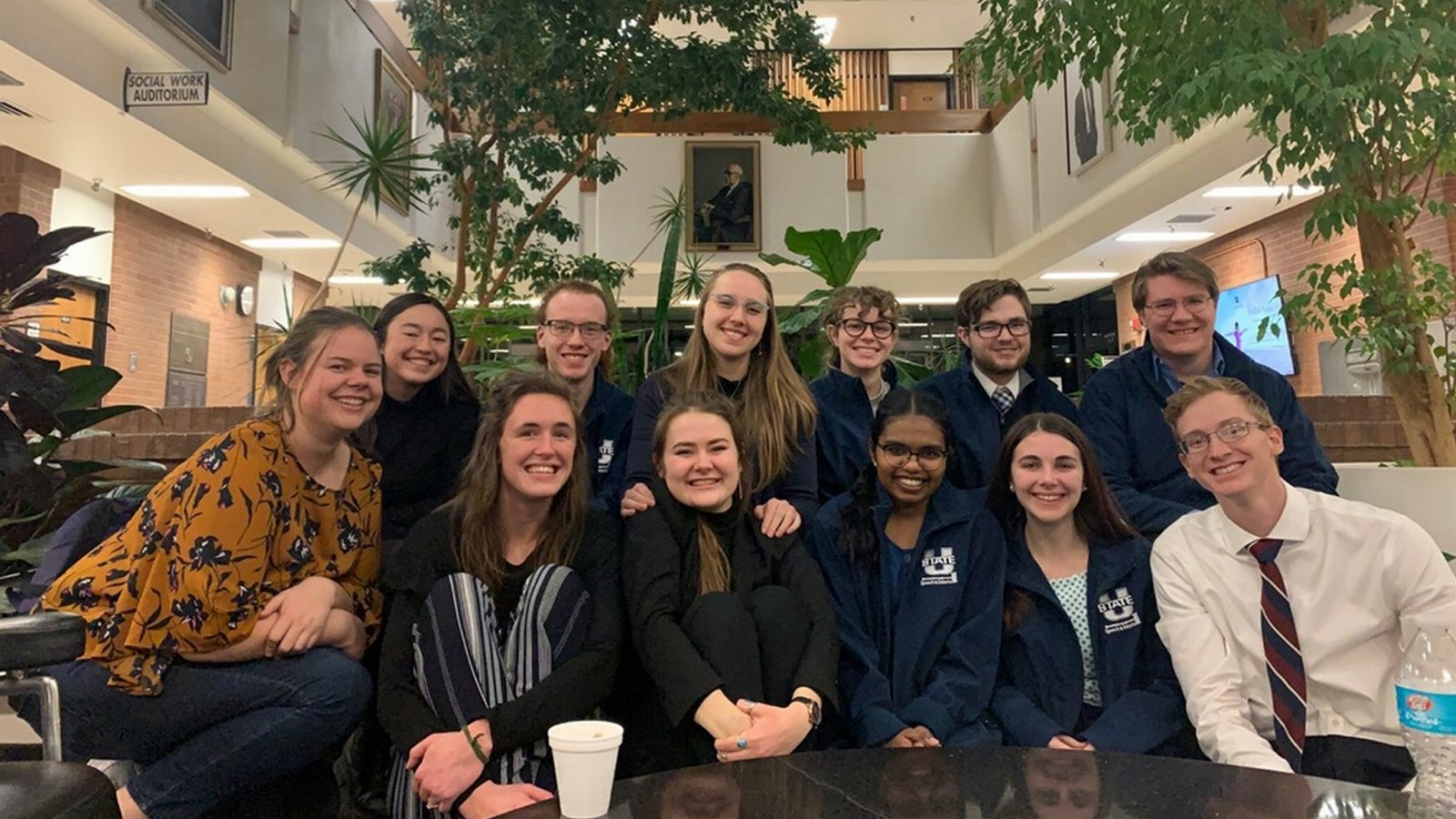 The Utah State University Speech and Debate Team took time from its formal regional schedule in the Western United States to compete on what Coach Chantelle Gossner describes as the team’s “home turf.”

“The college forensics community in Utah is small but mighty,” said Gossner. “It’s always a pleasure to compete so close to our own home turf and see familiar faces.”


"The college forensics community in Utah is small but mighty. "

USU students showed off their “impressive speech talents” during the tournament’s first half, overseen by UTEP, Gossner said. In Persuasive Speaking, Aggies dominated with half of the team members earning slots in the final round. In this category, Communication Studies seniors Kaleb Webb and Rachael Teare placed 2nd and 4th respectively. Naomi Ward, a senior majoring in Communication Studies and Print Journalism, came in 5th.

Winners in other categories:

The second half of the swing tournament, this time hosted by the U of U, brought more awards for Aggie debaters. Obulasetty took 1st place in Program Oral Interpretation. Senior Ammon Teare, a journalism student, received a 3rd place speaking award and was a semifinalist in IPDA competition.

The team is looking forward to finishing out its competitive season at the Pi Kappa Delta national tournament in San Diego next month, Gossner said. “The team has done beautifully this season in terms of both breadth and depth,” she added. “We can’t wait to showcase our skills in competition with schools from across the country.”