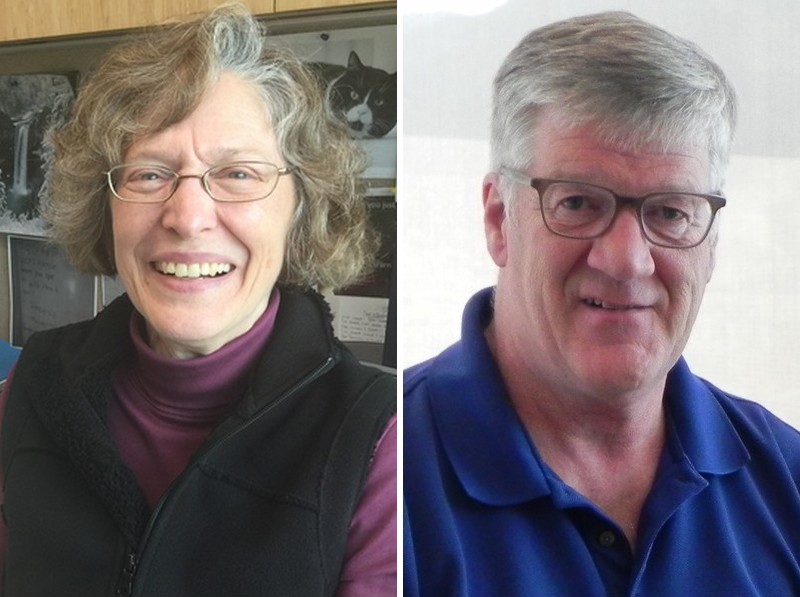 Professor Cathy Bullock has been named interim director of the Department of Journalism and Communication. She replaces Kim Hixson, who has accepted a position at a university in Maryland.

Professor Cathy Bullock has been named interim department head of the Department of Journalism and Communication.

Kim Hixson, the department’s head since 2016, has accepted a position as dean of the College of Liberal Arts and Sciences at Frostburg State University, outside Cumberland, Md.

Joseph Ward, dean of the College of Humanities and Social Sciences, said he’s grateful for Hixson’s service to both the department and the college as a whole. “On behalf of everyone in CHaSS, I wish him and his family every success in their new venture,” said Ward.

Hixson, who has adult children in Illinois and Tennessee, said he is moving to be closer to family. His wife, Michelle Hixson, a program coordinator and adviser for USU’s Center for Women and Gender, will remain in Cache Valley through May when their youngest daughter will graduate from Sky View High School.

Hixson said he’ll fondly remember his tenure in the Department of Journalism and Communication because of the “outstanding faculty” and students who are “very serious about their studies.”

Bullock has been a respected and popular professor since she came to USU in 2001 after earning a doctorate at the University of Washington. Her earlier career focused on magazine writing, editing and photography.

Her academic research has centered on media coverage of domestic violence, child abduction, and sexual assault. Earlier in 2018, Bullock and a team of eight students analyzed the depiction of sexual assault in the news media, compiling hundreds of news articles into a database.

In 2016, Bullock was selected to present the USU Honors Last Lecture, a recognition voted on by Honors students. That same year, she was awarded the USU Faculty Service award. She is adviser to Aggie Blueprint, a student-published magazine, and is well known in the community as the director of the popular Westminster Bell Choir and the Belles of Westminster.

“I very much appreciate Dr. Bullock’s willingness to serve as interim department head,” said Ward. “I look forward to working with her and her colleagues going forward.”