'They Shall Not Grow Old,' featuring restored WWI footage, plays in Logan 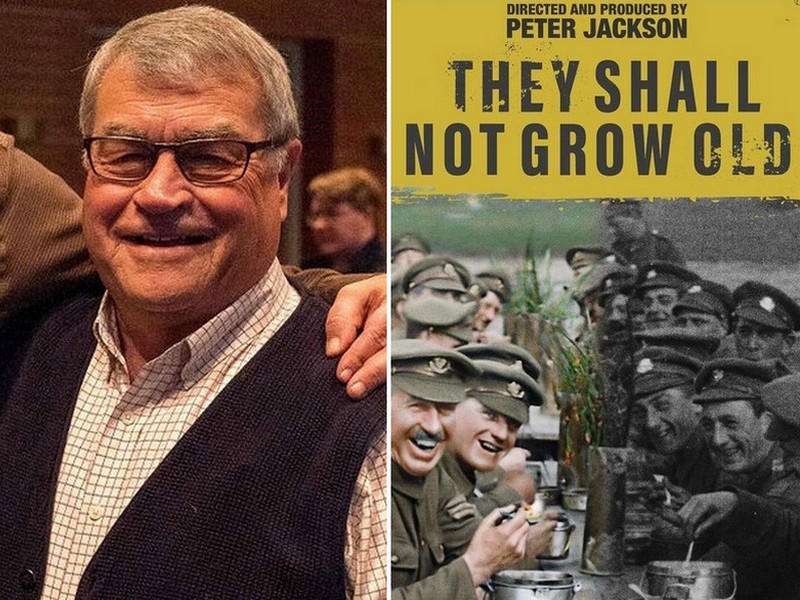 Ross Peterson can’t say enough about the new documentary, “They Shall Not Grow Old,” which will play April 9, 11 and 12 in downtown Logan.

He throws out words like “amazing” and “phenomenal” to describe the film, which presents restored, colorized and “modernized” never-before-seen footage of soldiers in the trenches of World War I.

Indeed, Peterson -- a professor emeritus of history, not to mention an icon in the College of Humanities and Social Sciences at Utah State University—is visibly excited at this depiction of a war most of us envision only in black and white.

That’s because, he says, the documentary restores the full humanity and heartbreak of the nameless boy soldiers.

“It’s a once-in-a-lifetime thing to see this in a big theater,” said Peterson.

History Professor Susan Grayzel will offer some perspective in a pre-film discussion during the April 9 showing. On April, 11-12, Peterson will set up the documentary.

“They Shall Not Grow Old” premiered in the U.K. last December to commemorate the century mark of the international conflict’s 1918 beginning. Its creator is Peter Jackson, the acclaimed director of the “Lord of the Rings” series, who spent countless hours restoring and organizing the footage. Today’s cutting-edge technology allowed Jackson to take the century-old footage from hand-cranked cameras and clear the graininess, add color and smooth the unnatural gait. The footage is rare because most of it has simply disintegrated.

The documentary, which briefly played in Salt Lake City and Ogden, was brought to Logan by Peterson and his friend, Gary Griffin, manager of the Utah Theatre.

Griffin saw the documentary in Arizona, reports Peterson, and came back with the admonishment: “This is a must-see.” Griffin was able to acquire permission and rent the actual film.

Peterson is pleased that the sparkling new technology of 1918—moving pictures—is reflected in Jackson’s use of 21st-century  technology.

“It’s an interesting way to use technology to teach history and enable people who tune into a different kind of media to appreciate the it,” he said. In 1918, the film industry was in its infancy and not exactly “palatable for today’s audiences,” he adds.

“They Shall Not Grow Old” is made even more poignant by the complete innocence of the of young soldiers—and unawareness of what they would encounter on the battlefield.

None of them understood what they were fighting for. They’d never seen the terror of machine guns or the devastation of mustard gas. They’d never imagined the frostbite and deprivation of muddy trenches.

“In World War I, the soldiers had no concept of what they were fighting for — nor did the nations,” said Peterson. All they knew, he said, was that “kaisers and kings were arguing and fighting.”

WWI is a stark contrast to the willingness and patriotism of World War II soldiers. Indeed, said Peterson, the WWI doughboys have more in common with soldiers sent to Vietnam.

Peterson recommends the film for students of history — and the rest of us. As the spark that ignited events like the Russian Revolution and World War II, said Peterson, “it really sets the stage for the rest of the 20th century.”

He adds, “Another reason we study World War I is because this is what happens when the whole world fights with really nothing to gain.”