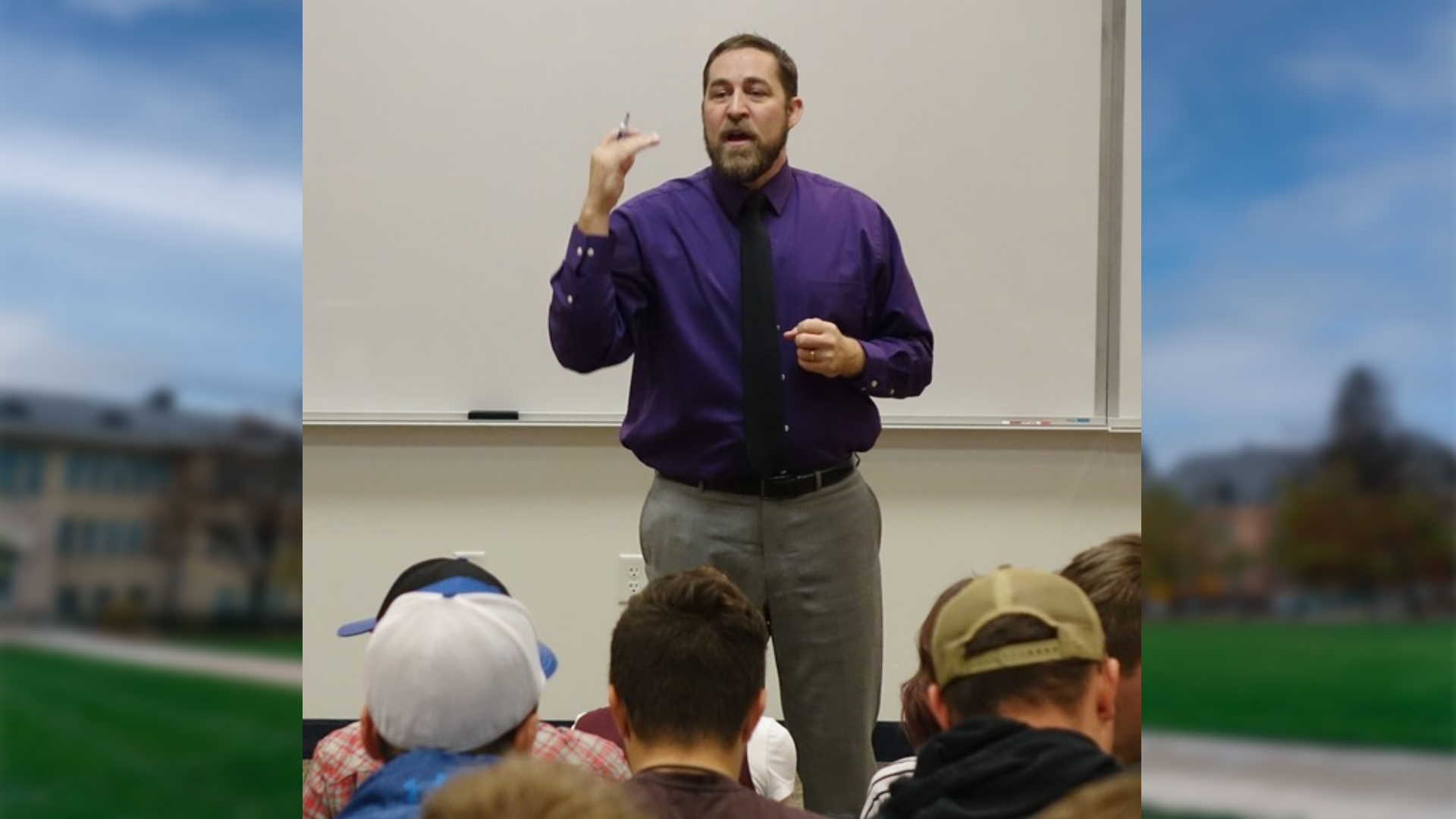 The Department of Languages, Philosophy, and Communication Studies at Utah State University is like a large, buzzing train station, with a lively, milling crowd of foreign language students, budding philosophers and international adventurers — all striking out for diverse destinations.

So Department Head Bradford Hall was a bit surprised at the results of an impromptu survey he emailed to the nearly 520 students seeking degrees in LPCS’s many programs like Asian Studies, Spanish, Philosophy and Global Communications.

His question was simple: What drew you to an LPCS major?

Almost all responding students, unsurprisingly, were looking forward to using their degree in pursuit of a career. But the specific goal most cited was what startled Hall: a career in the medical industry.

About 60 percent listed a single, specific profession, and nearly a quarter of those — the largest number of responses — said something like, “I’m going into the medical field and thought my major would help me stand out.”

“I expected to get responses with careers like nonprofits or teaching,” he said. “But I was surprised that of careers specifically listed, most were in the medical field. I wouldn’t necessarily have predicted that.”

The majors of those seeking some type of medical careers ranged across the department’s three large section: Languages, Communication Studies and Philosophy.

The department, with its focus on critical thinking, communication and language skills, has a long history of building foundations for future medical specialists, such as doctors, dentists, hospital administrators, and school and clinical counselors, said Hall.

“Students feel their degree will help them be distinctive when they do applications, such as for medical school,” said Hall. “And because they’ll be working with different populations, they feel language and  communications skills are a big thing. They want to interact successfully with their patients.”

The other most-specified careers were nonprofit work, teaching and the legal field. Students also indicated that LPCS majors were a useful fit with other majors. In fact, said Hall, nearly 50 percent of matriculated Language, Philosophy and Communication Studies students are planning to graduate with dual majors.

Communication Studies is sought out by students wanting to improve the world through nonprofit work, he said. “What appeals to many students is they see that not only can they make a living, but they’re able to do something altruistic, where they’re helping the community.”

Among the other reasons students listed for their LPCS choice were:

Many students in Communication Studies, Hall added, “mention the ability to interact with others, persuade people in ethical and positive ways, and handle conflict.”

Hall chuckles at the insight of one dual-major student. Hall said the student is earning a degree in German as well as one in Communication Studies, “because, as he stated, ‘I’m going to teach German, and being able to stand in front of a group and express myself will help me.’”