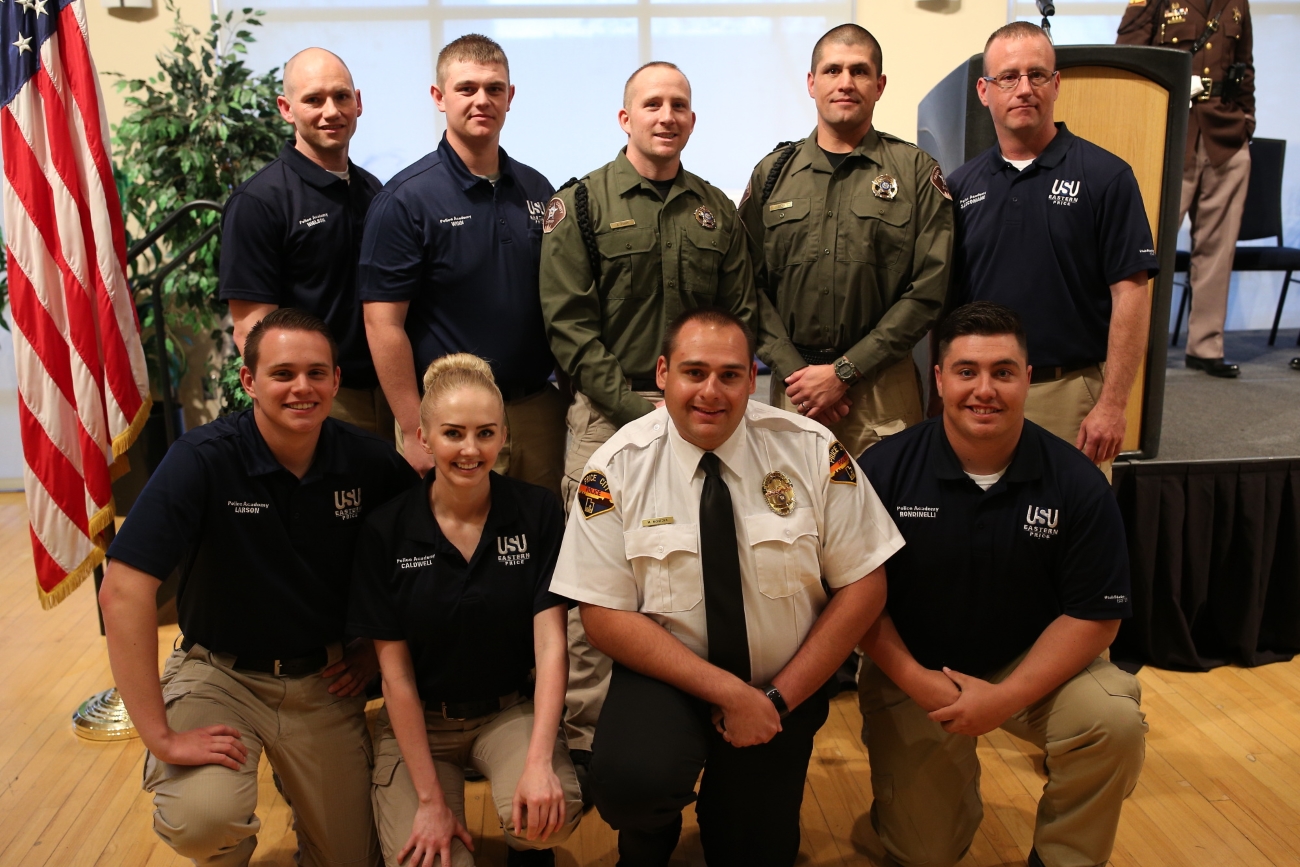 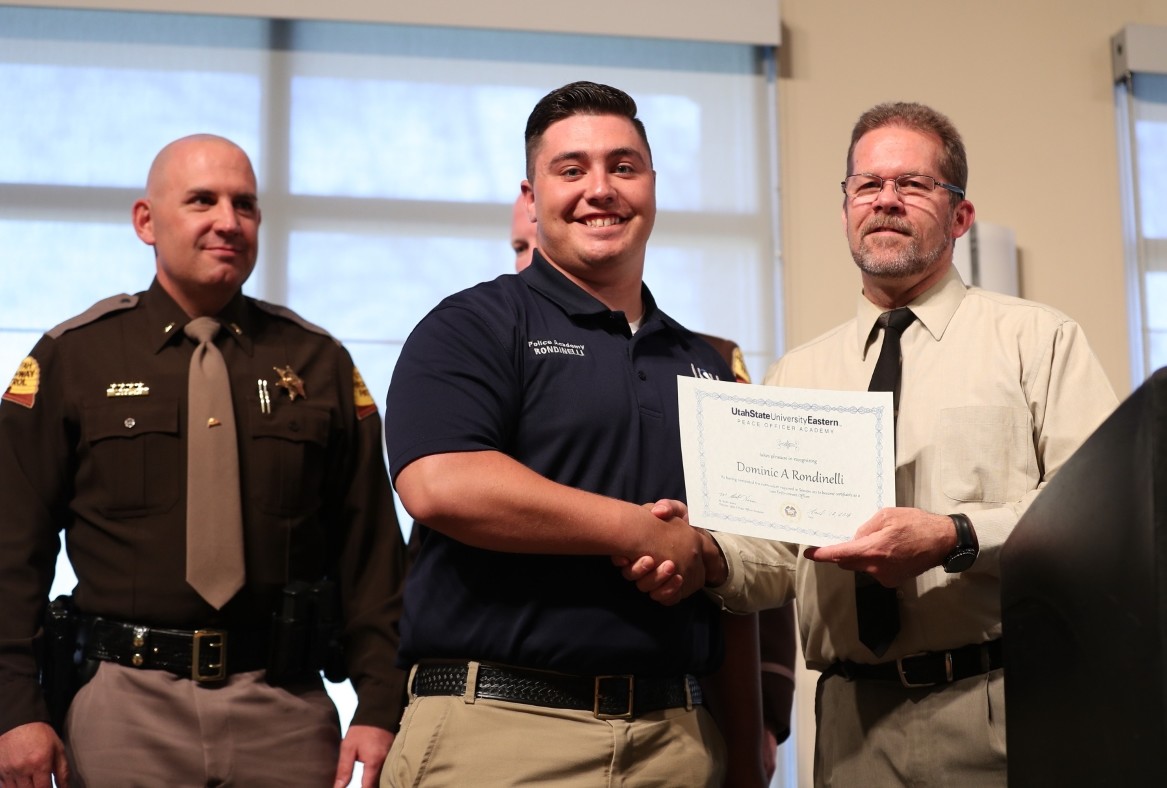 Dominic Rondinelli accepts his Peace Officer Standards Training (POST) certificate from Scott Henrie, the academy's director and associate professor of criminal justice at USU Eastern. At left is Utah Highway Patrol Trooper Jason Marshall, who is an instructor at the academy and will be joining USU’s criminal justice program as a full-time faculty member in August.

The 10 newest graduates of the Eastern Police Academy at Utah State University Eastern in Price raised their hands to pledge their commitment to law enforcement in an April 13 ceremony.

The program is only in its fourth year, but it’s quickly becoming a foundation of law enforcement in this corner of Utah known as Castle Country for its austere blue-tinged plateaus and jagged cliffs.

A branch of Utah’s Peace Officer Standards and Training (POST) in Sandy, the Eastern Police Academy “is very important” to Carbon and Emery counties, said Derrik Tollefson, department head of the Department of Sociology, Social Work and Anthropology. The Police Academy operates under the Criminal Justice program in SSWA.

The counties, he said, “depend on the program to help them fill law enforcement positions” with candidates who live in the area and knows its residents and quirks.
Graduates of the year-long program earn two certifications: Basic Corrections Officer (BC) and Law Enforcement Officer (LEO).

The sole faculty member is the academy’s founder Scott Henrie, a former sheriff’s deputy and now associate professor of criminal justice at the USU branch campus. Most of the course’s training, said Henrie, comes from nearly 30 certified police officers who teach part time. Their specialties include firearms training, defensive tactics, physical training — and how to deal with drunk drivers.

The majority of graduates find employment soon after graduation, said Henrie. Many join such agencies as the Carbon County Sheriff’s Office and Utah Highway Patrol; other are hired at the 80-bed Carbon County Jail. “We are pretty much maintaining the demand here,” he said.

The need for trained police officers further south at locations like Four Corners and Moab has prompted Henrie to consider expanding the academy’s reach.  A proposal under consideration by Utah’s POST would broadcast classroom work from USU-Eastern’s Price campus and bring in officers from those rural locations for hands-on training, he said.

Law-enforcement agencies in southeastern Utah, he said, “are in desperate need because they don’t have the training money” to send officers long distances to POST.

Henrie said the majority of the Price academy’s law-enforcement students come from nearby communities.

“What we’re finding is these are students who grew up here, they’ve established families and homes here,” said Henrie. “We train them — and then they stay here. If we can provide jobs for those who grew up and understand this area, they stay.”

The academy’s success parallels another College of Humanities and Social Sciences program on regional campuses across the state: social work training. USU offers a two-year, full-time program, as well as a three-year, part-time social work program.

“The communities would really struggle with staffing if these programs were not available locally,” said Tollefson.