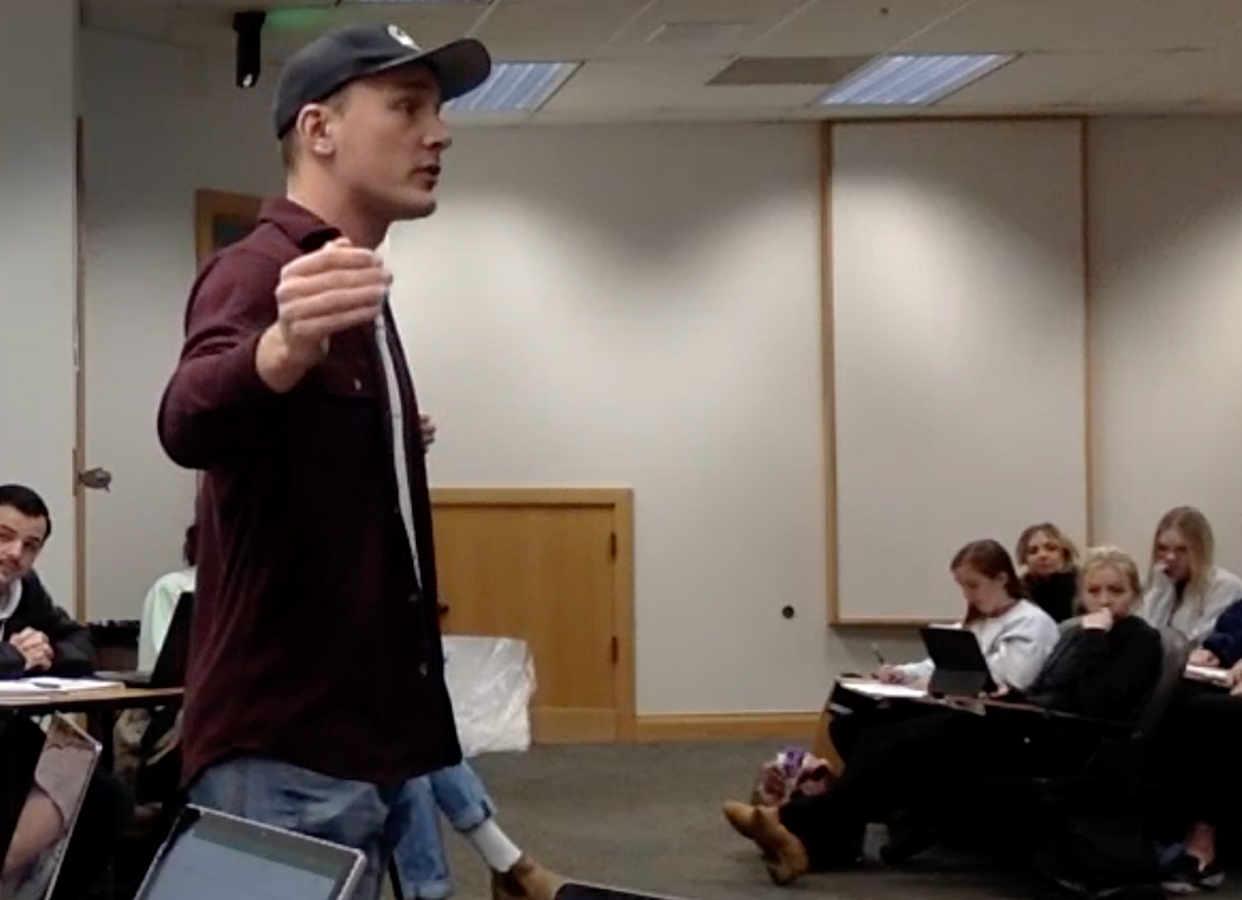 Students in two political science courses at Utah State University spent the fall semester drafting a new constitution for the United States and are holding a vote this Friday to see whether it will be “ratified” — just days after former President Donald Trump called for the “termination” of the Constitution and the Supreme Court started hearing arguments that could potentially affect election regulation.

After researching current shortcomings and evaluating systems in other countries, students in POLS 4800/4990: Constitutional Design/Senior Research Seminar drafted and debated a new document intended to address issues at the forefront of American politics. These include abortion rights, voting rights, the two-party system, environmental policies, and term limits, among others.

Associate Professor Robert Ross and Instructor Steve Sharp had conducted mock constitutional conventions in classes before but wanted to try devoting an entire semester to the activity to make the experience more meaningful for students.

“The hope is that they learn about the politics of constitutional design, and they come away with their own political views enlarged and refined on multiple dimensions, as they must convince their peers during the convention and persuade their audience in ratification debates,” Ross said. “This gives students experience in the theory and practice of government far beyond what we can teach using conventional teaching methods.”

Students in the upper-division courses were tasked with overseeing the process of researching and writing a new constitution while dealing with several real-world scenarios.

“To simulate media scrutiny, each week, a one-paragraph summary of the week's proceedings is ‘leaked’ to the ‘public’ — a panel of other faculty members — who are asked to predict if…the students can actually pass a constitution,” Sharp said.

Additionally, students wrote several papers considering the status quo, current reforms, and whether or not to support the new document. The newly-proposed constitution was then shared with students in a third class, Associate Professor Michael Lyons’ introductory POLS 1100 course. Lyons’ class was given one week to review the summaries ahead of the debates, which took place last Friday, Dec. 2.

With 175 students, Lyons said, “it is hard to find alternatives to lecturing that have genuine educational value.” Thus, he was happy to have his U.S. Government students act as “the ratification body” for this exercise.

“Although my introductory students commonly express a certain degree of reverence for the U.S. Constitution, few have given much thought to how the Constitution actually shapes the political behavior of citizens and officeholders, and even fewer have considered the possibility that a different constitution might produce different results — for better or worse,” Lyons said.

On Friday morning, students in the introductory course cast their votes before teams from the upper-division courses presented arguments for and against adopting the proposed constitution. They then watched as proponents talked of election reform, extending voting rights, term limits for the Supreme Court, and an “individual’s right to a clean, healthy, and sustainable environment.”

Some of the more far-reaching changes proposed by the class were the elimination of the Electoral College and the election of the president through a direct popular vote, the termination of the Senate filibuster, an expansion of the House of Representatives, the designation of Election Day as a national holiday, and the expansion of the Bill of Rights to include rights deemed essential human rights by the United Nations.

The opposition acknowledged problematic aspects of the current Constitution but warned of fully-federalized elections and infringement on the free market were the new constitution to be adopted. Ultimately, they argued that the current document was created with change in mind and that lawmakers ought to use the established process to deal with the issues at hand.

A show of hands at the start of Lyons’ class represented overwhelming support for ratification (84%). However, the opposing team, or “anti-federalists” as Ross called them, succeeded in changing minds. Following the debates, a preliminary voting process on Canvas saw those in favor drop to 59%. Lyons’ students will vote to ratify the new constitution on Dec. 9.

Political science major Ella Devey said her mind had not been changed. “We’ve been working super hard all semester on creating this new constitution.… I’ve been for passing it since the start.”

Bridger Esplin, a junior majoring in law and constitutional studies, said participating in the simulation had given him real insight into why people “believe what they believe about the government” and was excited for the chance to get to know his classmates. Esplin, a member of the anti-federalists in the debates, said he’d learned to better understand political ideologies, even when they differed from his own.

“I really enjoyed the process. It was really fun, and lively,” said Reagan Thomas, a junior studying political science and journalism. “I feel like I learned a lot about government even though it wasn’t a lecture.”

Sharp agrees and says that the unique format helps students make meaningful connections for the future.

“In our wrap-up session today, one student pointed out he had a new appreciation of the founders, one they could not have realized without trying to do what they had done. The design and building of democratic institutions is the challenge of every generation,” Sharp said. “These students know what that means.”

Students in POLS 1100 will submit “binding” votes in the form of a paper at the end of this week, and Lyons plans to count the votes one final time and share the results.

A side-by-side comparison of the current and proposed constitutions is available here: https://storage.googleapis.com/constitutionaldesign/constitution.html

After researching current shortcomings and evaluating systems in other countries, students in POLS 4800/4990: Constitutional Design/Senior Research Seminar drafted and debated a new document intended to address issues at the forefront of American politics... 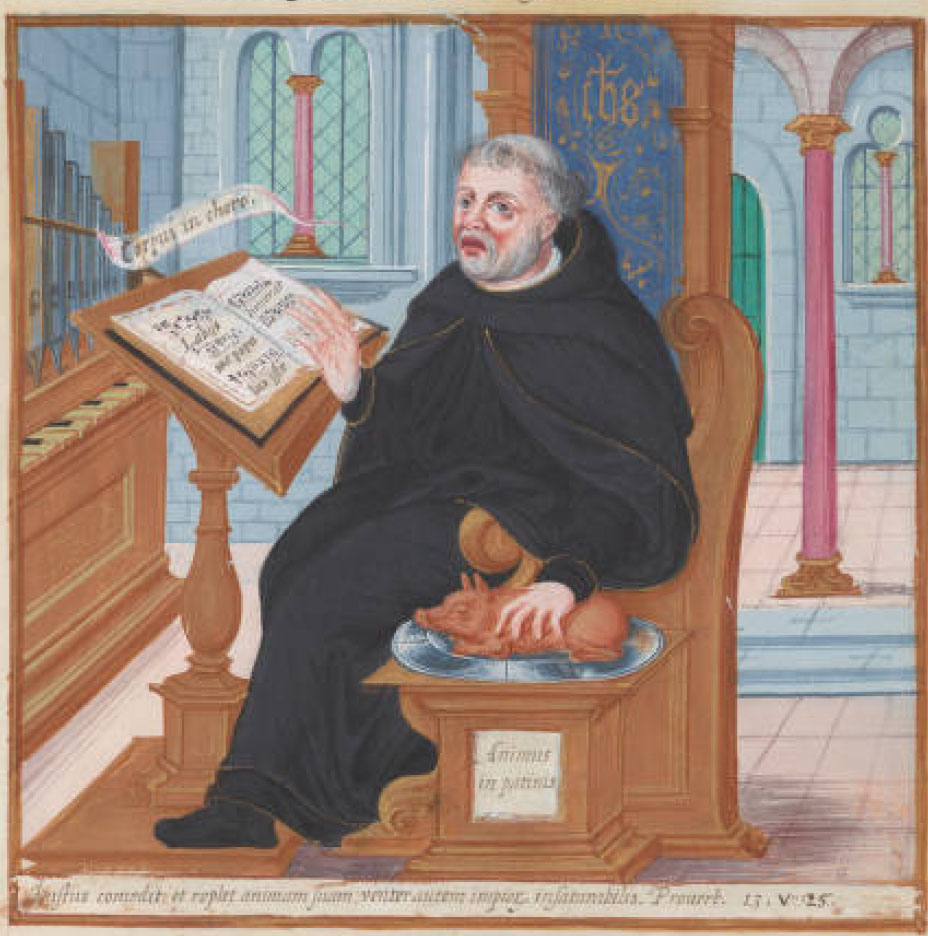