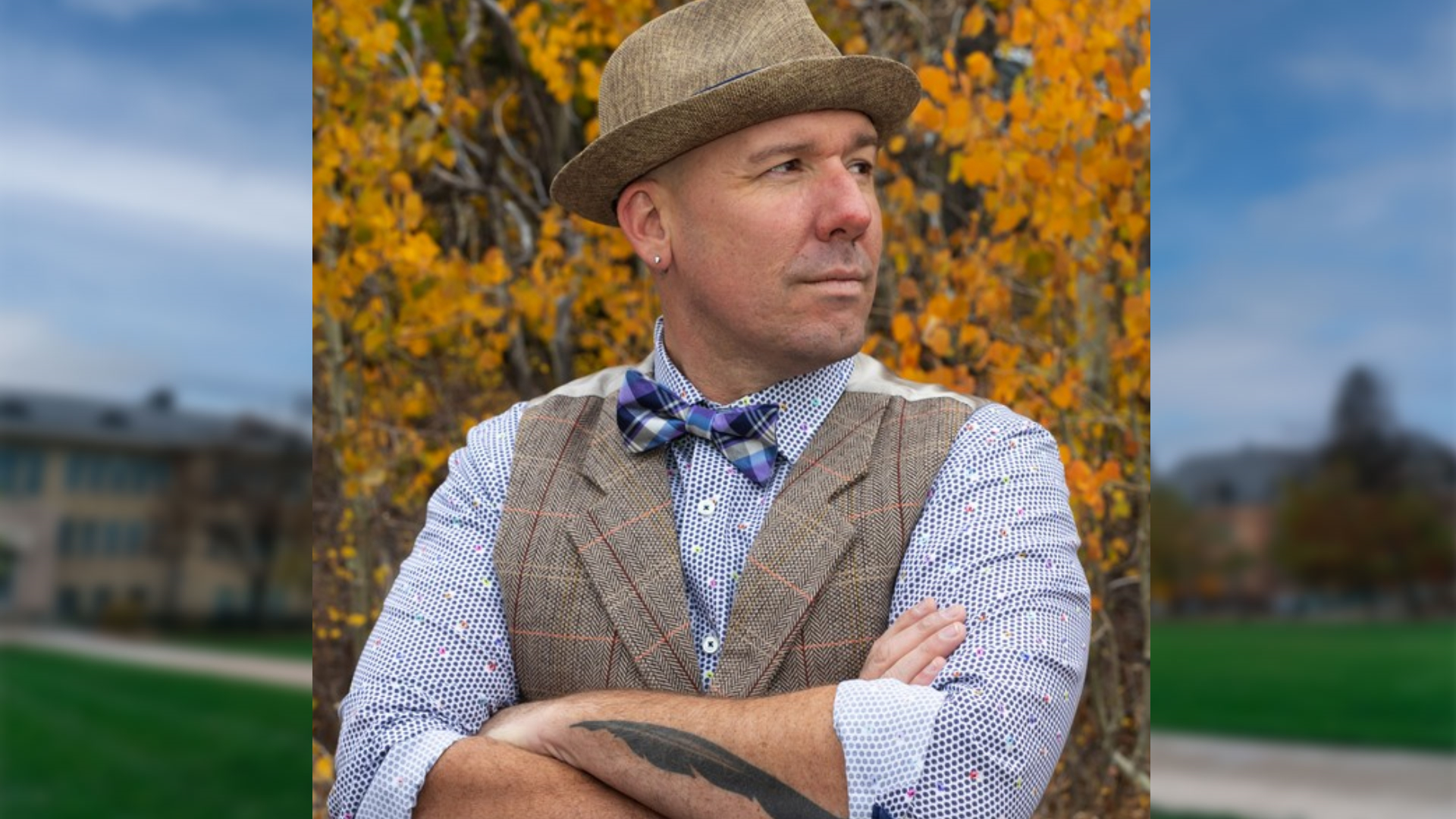 Matthew LaPlante, a journalism professor , is co-author of a new book, Lifespan: Why We Age and Why We Don’t Have To, which reached the New York Times Bestseller List. He wrote the book with David Sinclair, a geneticist at Harvard Medical School. It was released in mid-September. Photo credit: Keith Johnson

At least he reportedly found something, even if it was Florida. Not so lucky were other time-wasting adventurers, dating back at least to ancient Greece.

Aging, in all its forms, is inevitable, despite human longing. Yes, we’ve tweaked a few details. We now know, for instance, blood pressure’s effect on longevity. But our basic concept remains, said author Matthew LaPlante. In other words, he said, “We get old, and then we die.”

“If we are able to survive the predators, if we don't die in an act of war, if we do not succumb to a virus or bacteria, eventually we will age,” he said. “And that inevitably ends with our death.”

Perhaps that’s why a recently published book LaPlante coauthored with a Harvard scientist quickly ascended the New York Times best seller list, topping out at No. 9 just after its publication in September. The aging question is tackled — and possibly answered — in Lifespan: Why We Age and Why We Don’t Have To (Atria Books, a division of Simon & Schuster).

The book details research by Dr. David A. Sinclair, a professor of genetics at Harvard Medical School. Among other honors and media, Sinclair was named in 2014 by Time magazine as one of the 100 most influential people in the world for his work on the possibilities of reversing aging.

LaPlante is an associate professor of Journalism who’s already made a national name for himself as a science writer. He’s known for his ability to interpret sometimes complex scientific concepts, drawing everyday readers in rather than talking down to them.

His most recent book, Superlative: The Biology of Extremes (Ben Bella Books, 2019), is described by one reviewer as piquing “the curiosity of readers who may not have fancied themselves as interested in science.” And the 2018 book, The Longevity Plan, co-authored with Dr. John Day, a cardiologist, offers what its subtitle say is “Seven Life-Transforming Lessons from Ancient China.”

In Lifespan, The goal of Sinclair and LaPlante was “to make the science accessible,” LaPlante said. “I think we've done a pretty decent job of that.”

The Harvard professor’s research, said LaPlante, suggests “that the pace of the inevitability of aging may not have to be the pace that we've grown used to.”

Science pretty much recognizes what are called “the hallmarks of aging,” which actually have little to do with visible things like white hair or senior moments. These hallmarks are found at the cellular level. And, to be honest, their creation begins the moment we’re born.

The “something” that Sinclair targets is called nicotinamide adenine dinucleotide (NADH), a naturally occurring compound found in the cells of all living organisms and that is thought to revitalize a cell’s energy. Sinclair’s theory, according to LaPlante, “is pretty compelling.”

Written for a popular, rather than academic, audience

As the writer who translated Sinclair’s lab-centered ideas into words that are understandable and concise, LaPlante said he enjoyed significant access to Sinclair and his research. Their working relationship has continued for nearly two years, with LaPlante spending time at Harvard Medical School and hanging out in Sinclair’s lab.

Much of the process, he added, “was just us sitting in his office mapping out on a white board what the chapters would look like.” LaPlante pauses. “Mapping out this guy's brain was a joy.”

The field of epigenetics (the study of how genes are influenced by external forces to affect aging) fascinates scientists because of its hot-topic buzz. “It’s growing very quickly,” said LaPlante. “There are labs at the best research institutions in the world that are fully dedicated to studying biological aging.”

And that in part drove Sinclair’s decision to publish the findings initially for a popular audience rather than go through the sometimes years-long academic path, said LaPlante.

“What, for me, is the most interesting thing about the book is that Sinclair offered the theory in this book,” rather than maneuvering the academic process of publishing research, said LaPlante. “That’s risky. But he feels strongly there are a lot of people in the world who deserve to know" sooner.

"The argument that we make in the book is that we need to make this accessible to everyone."

LaPlante solidly rejects what he says is a common misconception that reporting and writing on scientific topics is a matter of “dumbing things down for the public.”

As proof, one need only point to LaPlante’s weekly interview show on Utah Public Radio, “UnDisciplined,” in which LaPlante as host brings together two scientists working in different fields to reach some kind of common ground. The most recent episode was titled “The Ecologist and the Biomedical Engineer.:
“We’ve adopted this condescending mindset that scientists are these really smart people, and that we're not possibly smart enough,” said LaPlante.

“I know a lot of scientists,” he added, “and they can't plumb their houses, they can't fix their cars.

“We all have brilliance. Everybody has expertise. And most people in trade professions don't say they have to dumb things down to explain them to scientists.” 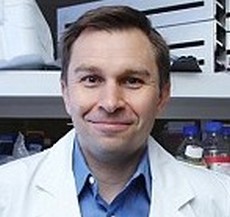 Dr. David Sinclair, a professor and
geneticist at Harvard Medical School,
has published his anti-aging research in a
book coauthored by USU's Matthew LaPlante.

If life is extended, what do we do with all those extra people?

Oh no! People are living longer.

Where will they all fit? How will young people get jobs? Matthew LaPlante gets such queries quite a lot. They’re all based on a Western perspective dating back at least to the mid-20th century that old age makes an individual less than human.

LaPlante has coauthored a best-selling book with Harvard geneticist David Sinclair that offers what Sinclair’s research indicates is a way to rejuvenate human cells. The result, according to Lifespan: Why We Age and Why We Don’t Have To (Atria Books, released Sept. 10, 2019), is people will live longer and, more importantly, healthier.

LaPlante chaffs a bit at what he says are archaic ideas. In a world where traditions of the past are swept away by the tsunami of modern change, why do we continue to base our perceptions on outdated models? Is it really necessary for our society that people should disappear after retirement?

“What the research suggests,” said LaPlante, an associate professor of Journalism, “is that the pace of that inevitability (of aging) may not be the pace we've grown used to.” In other words, tighten your seatbelt because change makes for a bumpy ride.

According to LaPlante, research into the possibility of reversing aging is “so deep, so dynamic, so widespread that it is nearly inevitable that we will be seeing a world in which some people will be able to live much longer, much healthier lives,” he said. Indeed, we already see it every day. More and more people remain productive citizens into their 70s and 80s.

So the “logical and moral questions” we have to ask, he said, is “who do we want those people to be?”

Our retirement age of 65 dates back nearly 150 years ago to a world still gripped by the Industrial Revolution. The arbitrary limit worked in a society where many jobs involved manual labor and people simply became too worn out and feeble.

“For too long, we've been putting these people aside saying, ‘There is a role for you in our society, and that role is retirement,’” said LaPlante.

Seniors, he said, “have all the experience in the world. They offer so much in terms of education, investment in training. Why? Why wouldn’t we embrace that?”

The only answer – and yet the one that is most difficult and complex – is societal change to make old and young people allies. Sinclair and LaPlante take up what LaPlante said is a third of the book offering solutions.