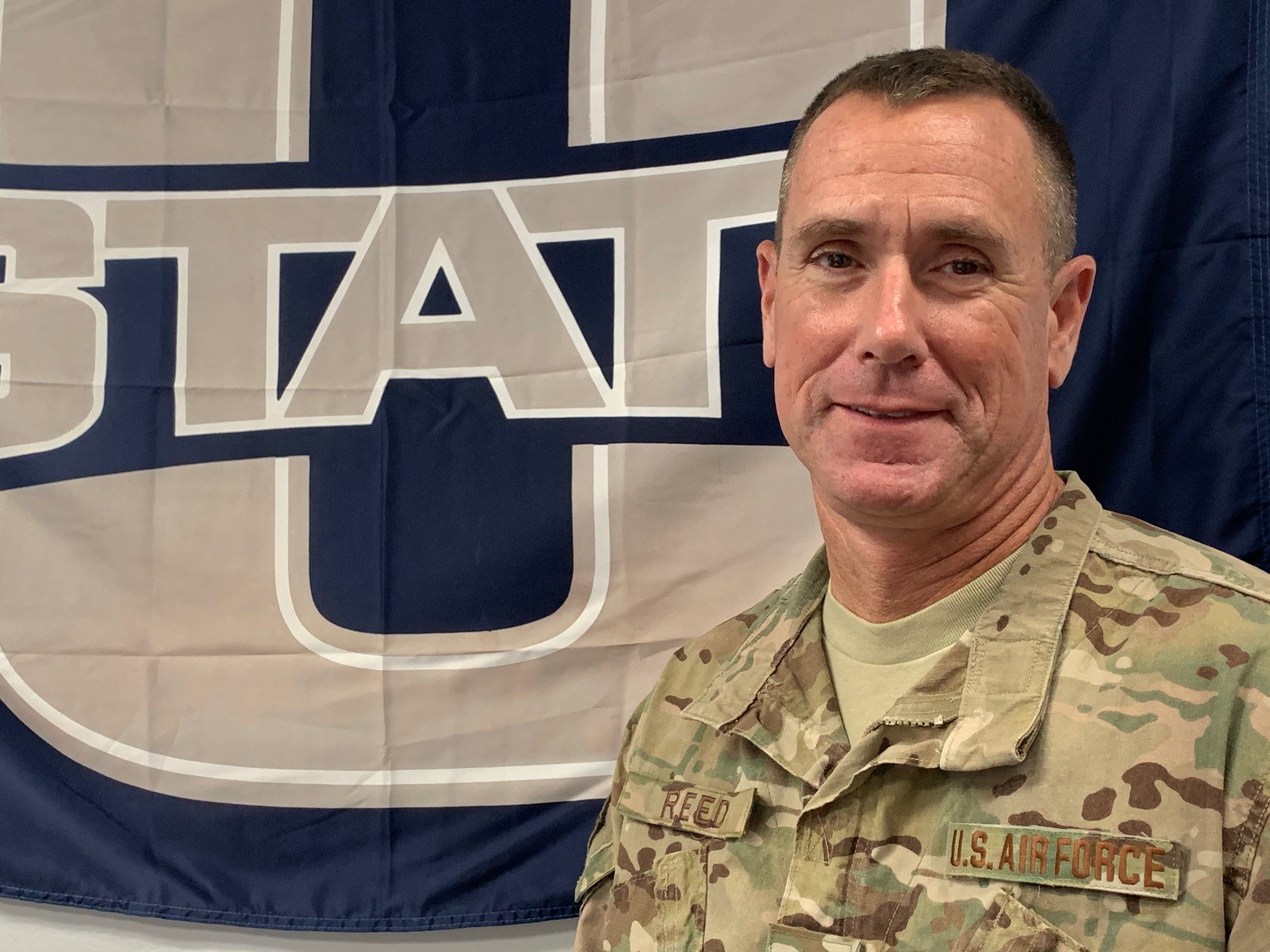 Lt. Col. Richard Reed is the new department head for Aerospace Studies within the College of Humanities and Social Sciences. Aerospace Studies takes in the U.S. Air Force ROTC program. Reed began his position in July.

This report card has only gold stars.

According to a new report from the U.S. Air Force, cadets in Utah State University’s Air Force ROTC boast the third-highest GPA of all detachments across the country, said new commander Lt. Col. Richard Reed.

And just to put that into perspective, there are 145 such university detachments across the country.

A good dose of pride comes with the recognition, said Reed, “because we compete in everything in the military.”

The cadets’ average GPA of 3.5 ranks the highest among the 34 ROTC detachments in the Northwest Region, one of four regions across the country, helping push the detachment to No. 3 nationwide.

USU is home to two ROTC programs, or the Reserve Officers’ Training Corps. The Air Force ROTC — specifically Detachment 860 — shares the Military Science building with the U.S. Army ROTC. ROTC cadets who graduate after the four-year programs are commissioned as second lieutenants and can be assigned anywhere globally or in the United States.

Reed said the majors of ROTC cadets represent nearly all colleges from across campus, including CHaSS.

Reed assumed the role of Aerospace Studies department head in July, replacing Lt. Col. Steven Smith. Reed is a native of Sacramento, California but earned his degree from Brigham Young University. He returns to Utah after serving as commander of the 377th Force Support Squadron at Kirkland Air Force Base in Albuquerque, N.M.  Earlier, he was commander of the Military Entrance Processing Station in Boise, which in-processes all youth deciding to enter military service, regardless of the five branches of the military. 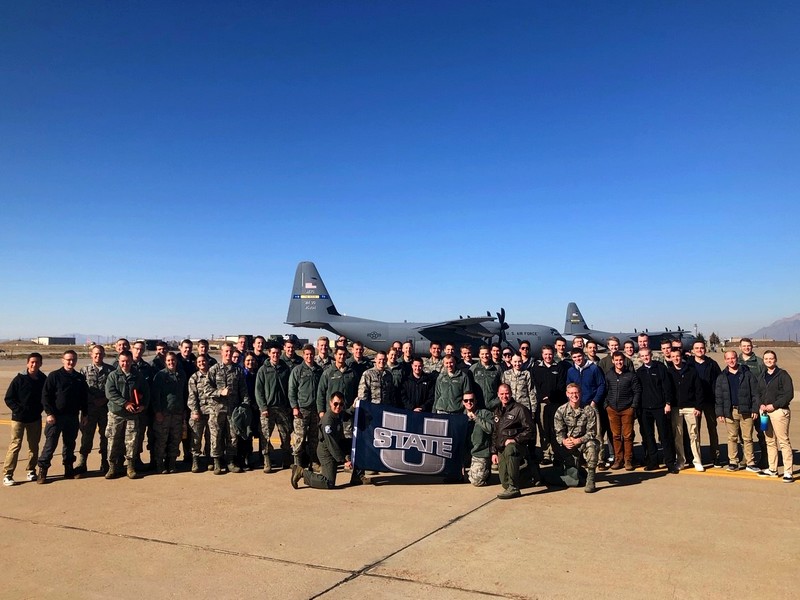 Two C-130 cargo planes flew cadets of USU's Air Force ROTC over northern Utah, circling from Hill Air Force Base to Cache County earlier this month. The flight was arranged by a USU ROTC alumnus who is now a pilot. About 50 of the cadets posed for this photo on the flight line of Hill.

Reed’s greatest adventure — besides his position at USU, which was his “No. 1 choice” — was two years in Afghanistan under a joint military program called the “AF/PAK Hands” (Afghanistan/Pakistan Hands) which was headquartered out of the Pentagon. As an air liaison officer, he learned the Afghan language of Dari in order to work with Afghan government officials to help establish its first centrally-controlled and operational air force. He also helped Afghan counterparts set up provincial-level Reintegration programs in four provinces that, he said, allowed the “’bad guys’ a path to return and support the government, the Government of Islamic Republic of Afghanistan.”

As an added benefit, he says, “They even let me wear a beard while working with my Afghan partners.”