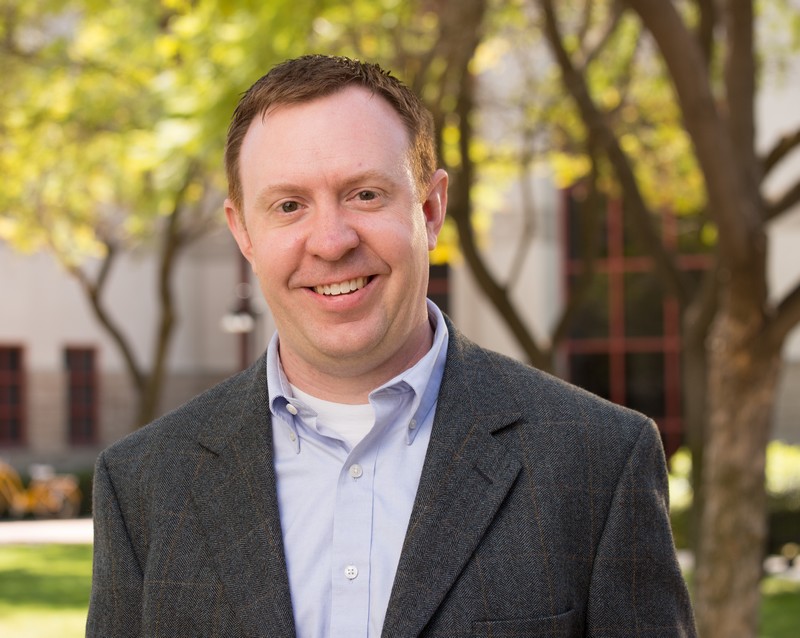 Dr. Patrick Q. Mason has been named as the next Arrington Chair of Mormon History and Culture. He will join the History Department faculty in July 2019.

The Arrington Chair, the first such Mormon Studies professorial chair in the world, is housed in the Religious Studies program within the History Department.

Mason’s decision to join USU “is a great moment not only for Religious Studies and the History Department, but also for our college and university,” said Joseph Ward, dean of the College of Humanities and Social Sciences.

Mason brings to the position a stellar reputation as a thoughtful and approachable scholar. He has published a number of books and articles on Mormon culture and American religious history, as well as religion’s role in conflict and peace building. Among his most recent books is What Is Mormonism? A Student’s Introduction (New York: Routledge, 2017). He’s now in the process of completing two books: The Battles of Zion: Mormonism and Violence and its bookend, Weapons of Peace: A Mormon Theology of Nonviolence.

Mason is a past president of the Mormon History Association and for six years has served on the board of this national organization Arrington himself founded in 1965. MHA executive director Barbara Jones Brown appreciates the closing of the circle. “It seems fitting that Patrick will now bring his talents, his vision, and his experience to Utah State University's Arrington Chair in Mormon History and Culture,” she said.

Currently, Mason is the Howard W. Hunter Chair of Mormon Studies at Claremont Graduate University in southern California, where he also serves at the dean of the School of Arts and Humanities. He will join USU in July 2019, succeeding the current Arrington Chair, Prof. Philip Barlow, who will retire late this month.

Dean Ward anticipates that Mason will “build upon the terrific legacy of Phil Barlow, the first Arrington Chair, and continue to engage not only scholars, but members of the wider community, in understanding the significance of Mormon history and culture.”

The endowed chair is named in honor of Arrington, a scholar who is widely regarded to be the founder of Mormon academic studies. Arrington mentored a new generation of scholars who brought their skills as academics and historians to an effort to understand the Utah-based church’s role in American history, society and culture. Arrington, who died in 1999, was for many years a member of USU’s Economics faculty. His research and personal papers are housed in USU’s Merrill-Cazier Library.

“The Arrington Chair is special because it was the first chair dedicated to the study of Mormon history, anywhere,” said Mason. “It occupies a really significant place in Mormon intellectual culture and in Mormon thought.”

Mason finds it noteworthy that the chair, based at a state university, “has a public role,” he said. “The research and the programs associated with the Arrington Chair all have an eye toward broader cultural and public education.”

For his part, Ravi Gupta, the Charles Redd Chair in Religious Studies as well as the program’s director, anticipates that Mason will be a boon to students. “His extensive mentoring experience and his expertise in Mormon Studies will be of great benefit to our students, both graduate and undergraduate,” Gupta said.

Mason, a native of Sandy, Utah, earned his undergraduate degree in history from Brigham Young University. He then attended the University of Notre Dame where he received a master’s degree in International Peace Studies and a doctorate in History. His first tenure-track position was at the American University in Cairo.

Mason said he has great respect for long-time friend and colleague Philip Barlow. “It’s actually a real honor to come in his place and follow him,” said Mason. “But also, we’re all in debt to Leonard Arrington. He really is the godfather of Mormon history.”