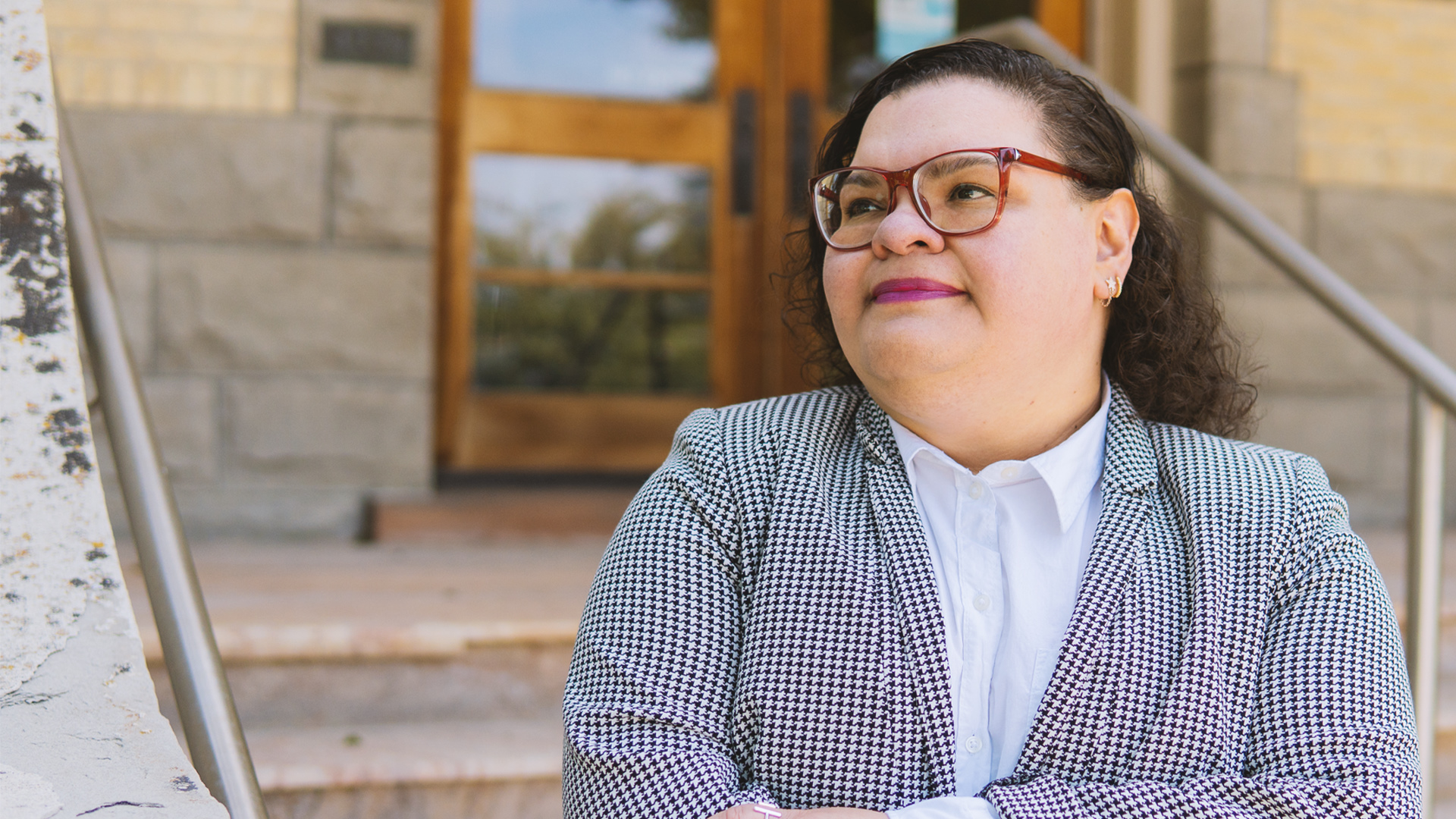 Guadalupe Marquez-Velarde, professor of sociology at Utah State, researches issues in intersectional population health and how structural systems of inequality affect the health outcomes of diverse social groups. During her time at Utah State, Marquez-Velarde has focused more closely on how discrimination based on race, sexual orientation and gender identity can impact the mental health of individuals within the LGBTQ+ community.

Marquez-Velarde earned her doctorate in sociology from Texas A&M University in 2018. Her graduate studies focused on health among Latinx individuals and immigrants, and her dissertation discussed racial health disparities, specifically among Mexican Americans.

Following her graduation, Marquez-Velarde became a professor at Utah State.

“I had never heard about Utah State before, but I came to my interview with an open mind; I loved it. I fell in love with the campus and the people,” Marquez-Velarde said.

During her research, she found that national surveys that ask about sexual orientation and gender identity are rare. When they do ask about sexuality, the questions are recent additions and offer limited insight due to a small sample size.

“When I encountered the literature on intersectionality, I thought of its application to my field; how different types of oppression can shape people’s lives and, in turn, their health outcomes,” Marquez-Velarde said. “Unfortunately, LGBTQ+ research is largely dominated by studies of white populations.”

She is now driven to research these topics more deeply to expand the literature on how discrimination can impact the mental health of individuals of diverse races and sexualities.

She approaches her research questions with intersectionality in mind. How is an individual’s mental health impacted by identifying with two or more racial or sexual identities?

In her upcoming study, The Effects of Neighborhood Cohesion on Psychological Distress across Race and Sexual Orientation, she researched the impact of neighborhood cohesion as a source of social support on psychological distress among white, Black and Latinx lesbians, gays, and bisexuals vis-à-vis their heterosexual counterparts.

Through the study, Marquez-Velarde found that neighborhood cohesion, which has been found to have a positive effect for mental health, is more impactful for heterosexual individuals. Living in a cohesive neighborhood is less mentally beneficial for lesbians, gays, and bisexuals.

“Even among individuals that scored the highest in perceived neighborhood cohesion, LGB respondents are still twice as likely to be in moderate or severe psychological distress,” Marquez-Velarde said.

Through this research, they found that transgender men and women of color experience more discrimination in the workplace, particularly at the intersection with low socioeconomic standing.

“It shows that these different forms of social marginalization such as racism, classism, and, in this case, transphobia combine to create worse outcomes,” Marquez-Velarde said.

Marquez-Velarde was recently named a Career Enhancement Fellow by the Institute for Citizens and Scholars. This award is highly sought after and will provide her with resources to conduct her research full time for the next academic year.

She looks forward to continuing her research in the area of intersectional population health, particularly in terms of race, ethnicity, and sexuality, as she believes this is an important and timely topic for the academic world and those in health fields to understand.

“Generation Z, those born after 2002, are identifying as nonbinary or transgender at a higher rate than previous generations,” said Marquez-Velarde. “We are seeing these populations grow… Understanding these dynamics and how support and discrimination affect them, in terms of their health, is going to be vital in the years and decades to come.”