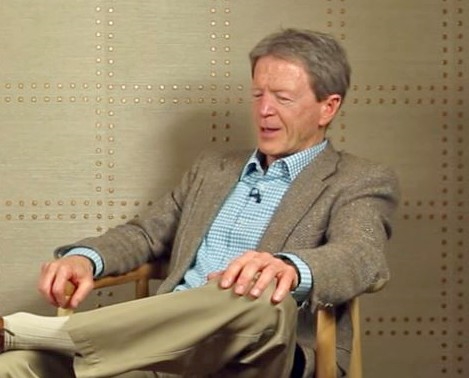 Dr. Philip Barlow will retire in late 2018 as the  Leonard J. Arrington Endowed Chair in
Mormon Studies, based in the Religious Studies program.

Philip L. Barlow, a nationally known expert in the field of Mormon culture and history, will retire from Utah State University in December as the Leonard J. Arrington Endowed Chair in Mormon Studies.

“Dr. Barlow’s scholarship has had a major impact on the field of American religious history,” said Tammy Proctor, head of USU’s Department of History. “He’s also brought his expertise regarding Mormon history to the public arena through his commentaries and analyses of important political and social events.”

The Arrington Chair, the first such Mormon history chair in the world, is housed in the Religious Studies program within the History Department.

Barlow joined USU as the first Arrington Chair in 2007 following a prestigious career as a professor and chair of the Department of Theological Studies at Hanover College in Indiana. He received his master’s degree in the history of Christianity from Harvard University, as well as his Th.D. in American Religious History and Culture from Harvard Divinity School.

In his role as Arrington Chair, Barlow has served as an ambassador for the university in numerous settings, both by planning events and by his national scholarly presence. “Barlow is a much beloved teacher, and he has played a crucial role in building Utah State’s Religious Studies program since its inception,” said Ravi Gupta, the Charles Redd Chair in Religious Studies as well as the program’s director.

Barlow is a prolific scholar who has published several books that have helped to define his field. Among his larger works are Mormons and the Bible: The Place of the Latter-Day Saints in American Religion (Oxford University Press, updated 2013), as well as The Oxford Handbook of Mormonism (Oxford, 2015, co-edited with Terryl Givens); and New Historical Atlas of Religion in American (Oxford, 2001, co-authored with Edwin Scott Gaustad), both of which have become standards in their respective fields.

Following his retirement, Barlow will join Brigham Young University’s Neal A. Maxwell Institute for Religious Scholarship as its associate director with responsibility for its scholarly programs.

Barlow will continue his research and writing at the Maxwell Institute, as well as coordinate scholarly mentoring and supervise its various seminars, lectures, workshops, and discussion series.

Barlow will present a public lecture on Nov. 1, 2018 at USU; the event will include a reception to honor his outstanding career at Utah State. On June 9, the College of Humanities and Social Sciences will host a reception for him at the Mormon History Association conference in Boise, Idaho.