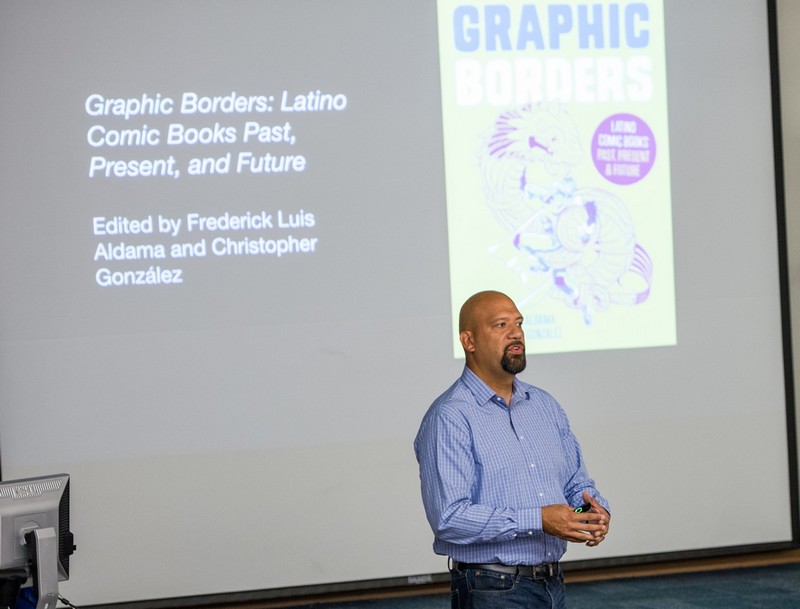 While working towards her bachelor’s degree at the University of Michigan, Marisela Martinez-Cola had some scholarship money at her disposal, but she also served as a resident assistant and did archival research for a professor in order to scrape together most of the money she needed to pay for college.

The rest came from tacos.

“It’s one of those memories that you can still smell and hear,” Martinez-Cola said. “My mother would make tacos for my father to take to work to sell – she went from making 20 tacos to like 200 – and I can still hear her the sound of her nails clicking against the foil as she counted under her breath.

“Those tacos paid for whatever I couldn’t come up with, and I was able to get out debt-free in four years,” Martinez-Cola continued. “So, I tell people that tacos paid for my Michigan education.”

And completing that bachelor’s degree in psychology and African American studies was particularly significant because Martinez-Cola was the first member of her family to even attend college.

Now an assistant professor in USU’s Department of Sociology, Social Work and Anthropology, Martinez-Cola went on to earn a law degree at Loyola University Chicago School of Law before deciding to pursue a career in education and completing her Ph.D at Emory University in Atlanta.

Martinez-Cola shared her experiences as a first-generation college graduate at Lunch with Latinx Leaders on Jan. 16, at the Merrill-Cazier Library. Entitled “The Burn and Benefits of Being a Trailblazer,” Martinez-Cola’s presentation was the third of the school year presented by the new Latinx Cultural Center.

Founded last fall by Christopher González, an associate professor in the English Department, the Latinx Cultural Center is now housed in Room 202 of the Merrill-Cazier Library. And Lunch with Latinx Leaders is just one of the events the center is sponsoring as it works towards its goal of increasing education, training and mentoring opportunities for Latinx students.

González said he was the “guinea pig” for the first Lunch with Latinx Leaders back in November, and he admitted that talking about his childhood and his mother turned him into “el llorón” – crybaby – but that the experience was cathartic for him.

“And afterwards, I had many people come up to me and say that it was really refreshing to see someone who is kind of a leader be very vulnerable,” González said.

Angela Diaz, an assistant professor in the Department of History, was the second speaker in the Lunch with Latinx Leaders series, followed by Martinez-Cola.

Raul Guevara Ballesteors, a graduate student in the Department of Wildland Resources, will speak at noon on Wednesday, Jan. 30, in Room 154 of the Merrill-Cazier Library. Ballesteros’ presentation is entitled “A Different Colombia Than What You See on Netflix.” Drinks and light snacks will be provided, and everyone is invited.

Martinez-Cola’s story of being a first-gen college student was certainly inspiring to those gathered together for her presentation.

A native of Battle Creek, Michigan, she said she was unusual in her family because she was “weird, nerdy and a goody-two shoes.” But in 10th grade, a white teacher who was married to a Mexican man, gave her a copy of the epic poem, “I Am Joaquin” by Rodolfo “Corky” Gonzales.

“She was one of those white people that are community described as ‘a Latino at heart,’” Martinez-Cola noted. “She spoke Spanish, and she loved our community. But most of all, I knew that she loved me and believed in me.

Martinez-Cola said that while many of her cousins were having babies or maybe experimenting with drugs and alcohol that she was “getting straight A’s, doing extra credit and performing in high school musicals.”

“In her pride, my mother would always brag about how good I was doing in school or that I had won certain awards,” Martinez-Cola said. “Little did she know that she was making things much worse for me.”

Martinez-Cola said she was teased a lot by members of her family as she focused more and more on her education, but that school, which should have been sanctuary for her, came with its own challenges because she was one of only two people of color in the top 5 percent of her class.

“Being a trailblazer means that you’re forging new paths for yourself and discovering new worlds, but that you never quite fit into existing worlds,” Martinez-Cola said.

But once she stepped on a college campus for the first time, Martinez-Cola said her future became clearer thanks to teachers and mentors, as well as the opportunities she had to see more and more of the world. And while she expressed some disappointment about not being invited to a cousin’s quinceañera – “That one really hurt, and when I finally had the courage to ask why, they said, ‘We thought you were too busy’” – things have changed for the better between her and her family.

“So, while I might not have been invited my that cousin’s quinceañera back in the day, guess who they call to be their madrina, or sponsor, today?” Martinez-Cola noted with a big smile. “And now those kids that my cousins were having while I was in school are going to college, and who do you think they call for advice?”