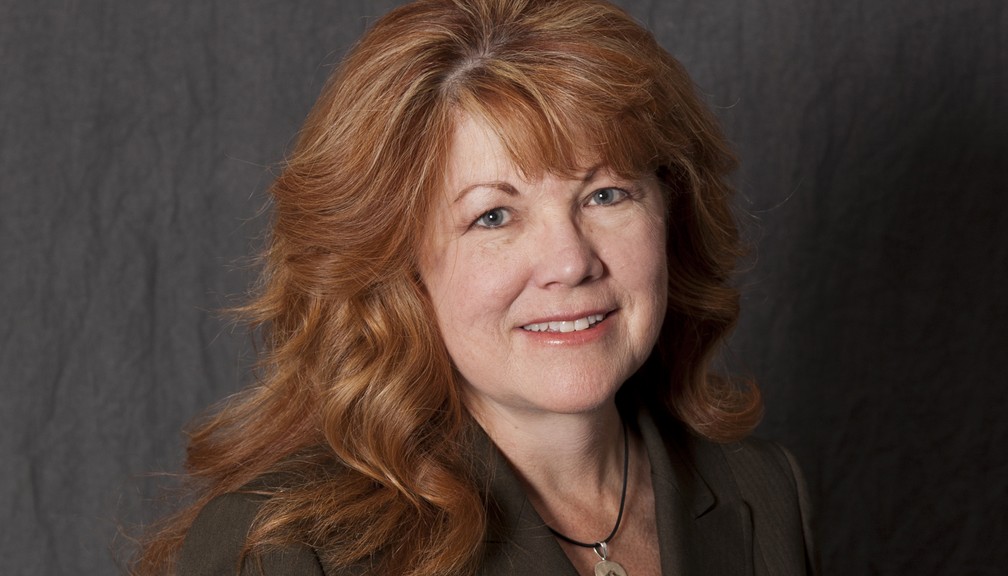 Associate History professor Colleen O'Neill has been awarded the USU Center for Women and Gender's Lifetime Achievement Award for 2018.

Dr. Colleen O’Neill, associate professor of History, received the Lifetime Achievement Award from the Center for Women and Gender at USU for her work on campus and her activism off campus.

She received the award in a ceremony March 22 for what Tammy Proctor, head of the History Department, said is a, "well-deserved honor" for a faculty member who is not only a accomplished scholar of history and gender studies at Utah State University, but she is an engaged community member in Cache Valley.

O’Neill came to Utah State University in 2004 and worked for more than a decade as the co-editor of the Western Historical Quarterly, a major journal in history. As part of her role in the department, she edited the journal, mentored scholars from around the world who submitted work, and networked through the annual conference of the organization. This work brought great recognition to Logan and to Cache Valley.

In addition, O’Neill has taught and mentored a number of students at USU through her undergraduate and graduate teaching and through her work as a graduate advisor. Many of our best graduate students have succeeded because of O’Neill’s work.

Finally, in terms of her scholarly work at USU, O’Neill is an accomplished scholar, who has presented her research on campus as part of the CWG brownbag series. Her book, Working the Navajo Way: Labor and Culture in the Twentieth Century (2005), won the 2006 Gaspar Pérez de Villagrá Award from the Historical Society of New Mexico. She is finishing a new book that is a sweeping history of labor and sovereignty among Native Americans in the modern United States.

Beyond her work at the university, she has been an active and engaged citizen. For many years, she has managed social media and publicity for the Logan Chocolate Festival, a fundraiser for Planned Parenthood, and she is also an active participant in other Logan-based social and service organizations, such as the Dance Club, a local book club, the Cache Democrats, and CAPSA.

O’Neill participates in many progressive outreach organizations in Cache Valley, and she recently lent her oratorical skills and expertise to the Logan Women’s March and to a local dispute over the mock battle in Wellsville. Perhaps most impressive of her recent outreach work has been her role in helping to co-found the Utah League of Native American voters, a statewide organization devoted to raising awareness of Native American voices and political concerns in Utah.

To read more about Professor O'Neill, see her faculty profile.