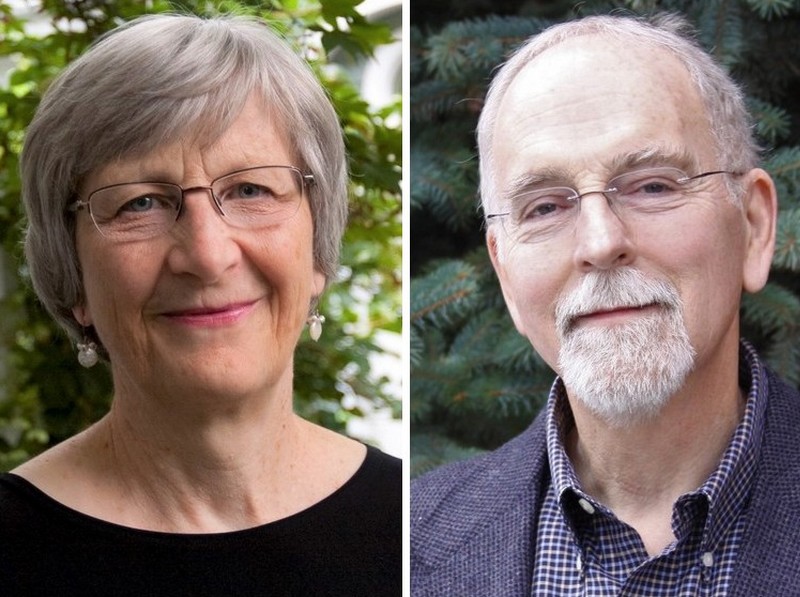 Winners of the 2018 Evans Awards for books about the Interior West and its history are Laurel Thatcher Ulrich, recipient of the Evans Biography Award, and Rodney Frey, who won the Evans Handcart Award. The awards, which this year honor books published in 2017, are sponsored by the Mountain West Center for Regional Studies, part of the College of Humanities and Social Sciences.

Utah State University’s Mountain West Center for Regional Studies announces the 2018 winners of the Evans Biography Awards for books published in 2017. These prizes recognize the best of research and writing in biographies, autobiographies, and memoirs that focus on the stories of people who have shaped the character of the Interior West or what’s been described as “Mormon Country” – a region historically influenced by Mormon institutions and social practice.

The awards come with cash prizes of $10,000 and $2,500 respectively, made possible through an endowment created in 1983 by the family of David Woolley Evans and Beatrice Cannon Evans.

“The high quality and diversity of submissions made it challenge for the regional and national juries to select only two winners,” said Evelyn Funda, director of the Mountain West Center. “The Evans Awards are a unique set of awards because they are judged on two factors: well-researched and compelling biographical and autobiographical writing as genres, as well as the untold stories about the individuals who have shaped the geography, politics, environment, social interactions, and cultural nature of Interior West.”

Ulrich, professor of history at Harvard University, won for her expansive work on the lives and experiences of the ordinary, yet powerful women who participated in polygamy in the early years of the Church of Jesus Christ of Latter-day Saints. Ten years in the making, Ulrich’s book pieces together their stories using diaries, albums, ledgers, meeting notes, letters, personal artifacts, minute books, and quilts left by first-generation Latter-day Saints.

Like Ulrich, the winner of this year’s Evans Handcart Award focuses on spirituality and the lesser-known voices in the Interior West. Frey, who holds a Ph.D. in anthropology and is a professor of ethnography at the University of Idaho, has spent more than 40 years interacting with such tribal communities as the Crow, Coeur d’Alene and Nez Perce. He describes Carry Forth the Stories as an “ethnographic memoir” that weaves events of his own life story with stories collected from interviews, oral histories and elders that show the power and value of storytelling.

The jurors for the Evans Biography Awards also selected a finalist for each award: The finalist for the Evans Biography Award is Thomas G. Smith’s Stewart L. Udall: Steward of the Land (University of New Mexico Press, 2017). Reintroducing one of the great environmental leaders to a new generation of Americans, this biography of Udall shows him to be a visionary leader as a three-term member of Congress and Secretary of the Interior in the Kennedy and Johnson administrations.

The finalist for the Evans Handcart Award is R. Bruce Craig’s Portrait of a Prospector: Edward Schieffelin’s Own Story (University of Oklahoma Press, 2017). This book, edited by Craig, pieces together colorful memoirs and oral histories to tell the story of Edward Schieffelin, the epitome of the American frontiersman. An Indian scout, Schieffelin discovered what would become known as the legendary Tombstone, Ariz., silver lode in 1877.

An awards presentation and book-signing event is scheduled in conjunction with the annual Arrington Lecture Conference in September at Utah State University. For additional information,  visit http://mountainwest.usu.edu.