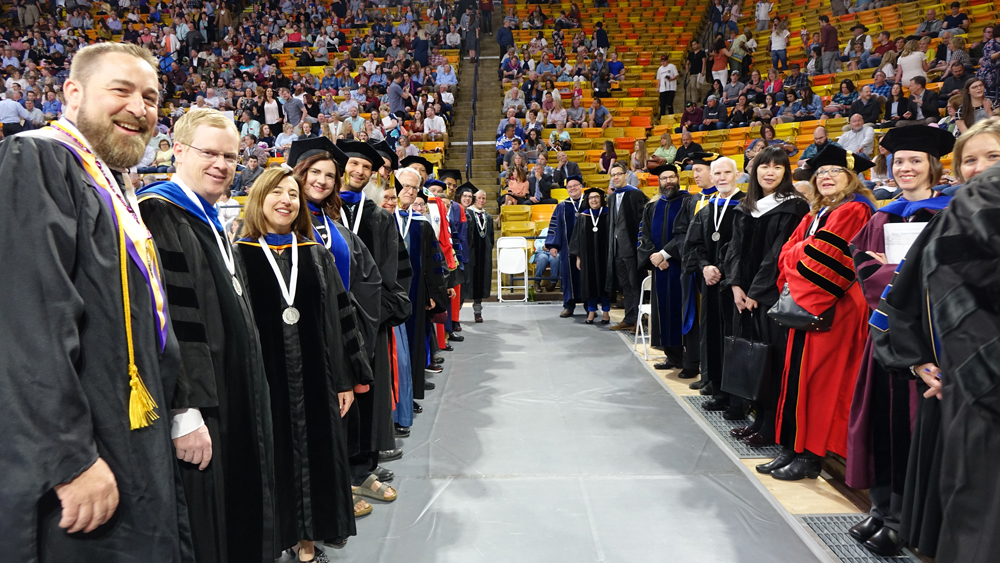 It’s spring graduation time! So we’re allowed a cliché or two: A sea of black robes and mortar boards filled the Spectrum on May 3, and everyone’s hearts swelled with pride and happiness. Clichés are clichés because, although unoriginal, they’re often just so true. As Dean Joe Ward said to the hundreds of graduates: We are all exceedingly proud of you.

CHaSS has seen a record number of potential graduating seniors this year – indeed, nearly 20 percent more than last year, or 789 compared with 2018’s total of 668. This includes graduates from the Logan campus, as well as regional campuses statewide. The number reflects potential graduates, pending spring grades.

Such growth is not surprising, said Dr. Ward, since the humanities and social sciences provide a healthy stem of critical thinking and writing skills that are vital in all fields.

So, to our graduates, we say, “Job well done.” And to our students who will return soon, we understand it’s a case of, “We came. We learned. We vacation.”

These charts indicate the number of graduates in each major over the last two years — and indicate that nothing remains static in higher education.

A couple of interesting asides:

— This is the first year the new major of Portuguese has produced graduates.