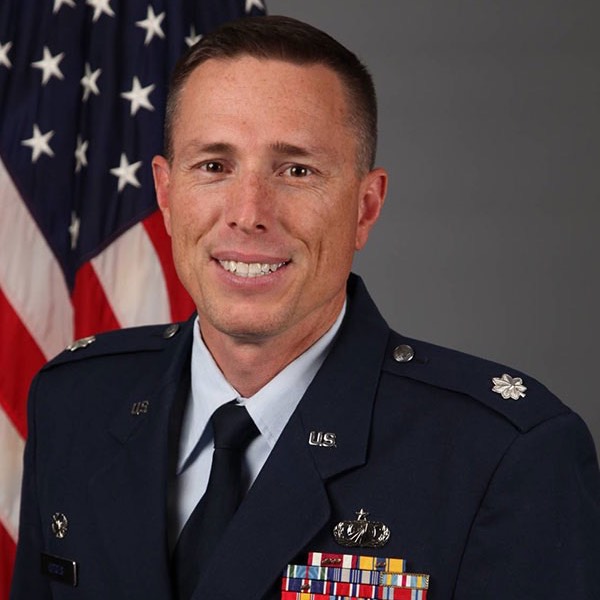 Lieutenant Colonel Mark W. Hodges is the Commander of Air Force ROTC Detachment 860 at Utah State University. As the Department Head and Professor of Aerospace Studies he is responsible to the University president and Department of the Air Force for recruiting, training, and educating over 120 cadets and officer candidates on their path toward commissioning into the United States Air Force and Space Force. Prior to this assignment, he served as an acquisition Program Manager of weapon secure storage systems where he oversaw a $141-million Acquisition Category III portfolio for all lifecycle activities related to system design, development, testing, and fielding to support advanced nuclear weapons.

Lt Col Hodges entered the Air Force in 2005 through the Reserve Officer Training Corps at Utah State University. He holds a BS in Welding Engineering, an MBA, and a MA&S in Military Operations. He is a member of the Acquisition Corps, and his career includes multiple assignments in the nuclear enterprise, including: operational experience as a Minuteman III ICBM launch officer and senior crew evaluator, ICBM guidance systems engineer and technical evaluator, nuclear materiel program manager, chief engineer for nuclear weapons safety and certification, and fellow at the School of Advanced Nuclear Deterrence Studies. He has also held various developmental and operational test engineer positions, to include test designer, test safety engineer, and test director of ground and flight weapon systems.