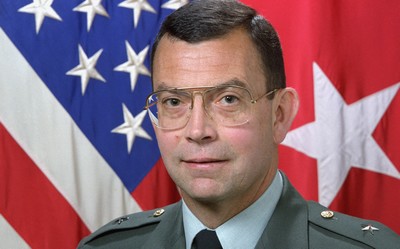 Lt. Gen James C. King, retired ('68, Political Science), is a former military intelligence officer who served on active duty from 1968 to 2001. Following retirement, he was the director of the National Imagery and Mapping Agency, an intelligence agency.

King earned a bachelor of science in political science, where he was a distinguished military graduate in USU's Army ROTC. He later received a master's degree in public administration from the University of Missouri-Kansas City.

A former member of the Joint Chiefs of Staff, he was director of intelligence for the U.S. Central Command (CENTCOM).

As a civilian, King continued to work in defense and intelligence-related industries. In 2005, he was named CEO of MZM, Inc. He also served on the Commission on the Intelligence Capabilities of the U.S. Regarding Weapons on Mass Destruction.