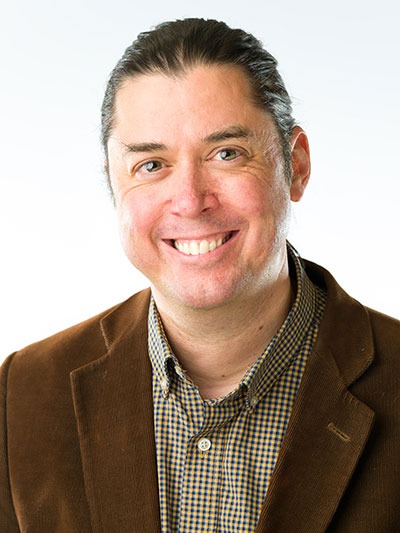 On September 24, 2022, from 5:00-6:00 p.m., USU Associate Professor Jason Olsen will present at FanX, a Salt Lake City comic convention, where he will discuss Captain America’s overall growth as a character, drawing from his book, Mark Gruenwald and the Star Spangled Symbolism of Captain America, 1985-1955. For more information on this event, visit the website here.

Jason has been featured twice on The Captain America Comic Book Fans podcast hosted by Rick Verbanas and Robert Lucius. On episode 82, the hosts interviewed Jason about his book, and Jason’s second appearance on the podcast in episode 98 was as a panelist to discuss Mark Gruenwald's final Captain America issue. Jason says, “These conversations have allowed me to talk about the book and my knowledge and passion for Gruenwald's writing and Captain America overall.”

Jason recently gave a talk about his work on comic scholarship and Captain America at the USU Eastern Library and Learning Commons. Jason discussed the merits of teaching mainstream superhero comics at the university level and why Mark Gruenwald's Captain America is an ideal work for those purposes. He also read briefly from his book, Mark Gruenwald and the Star Spangled Symbolism of Captain America, 1985-1955, and took questions.