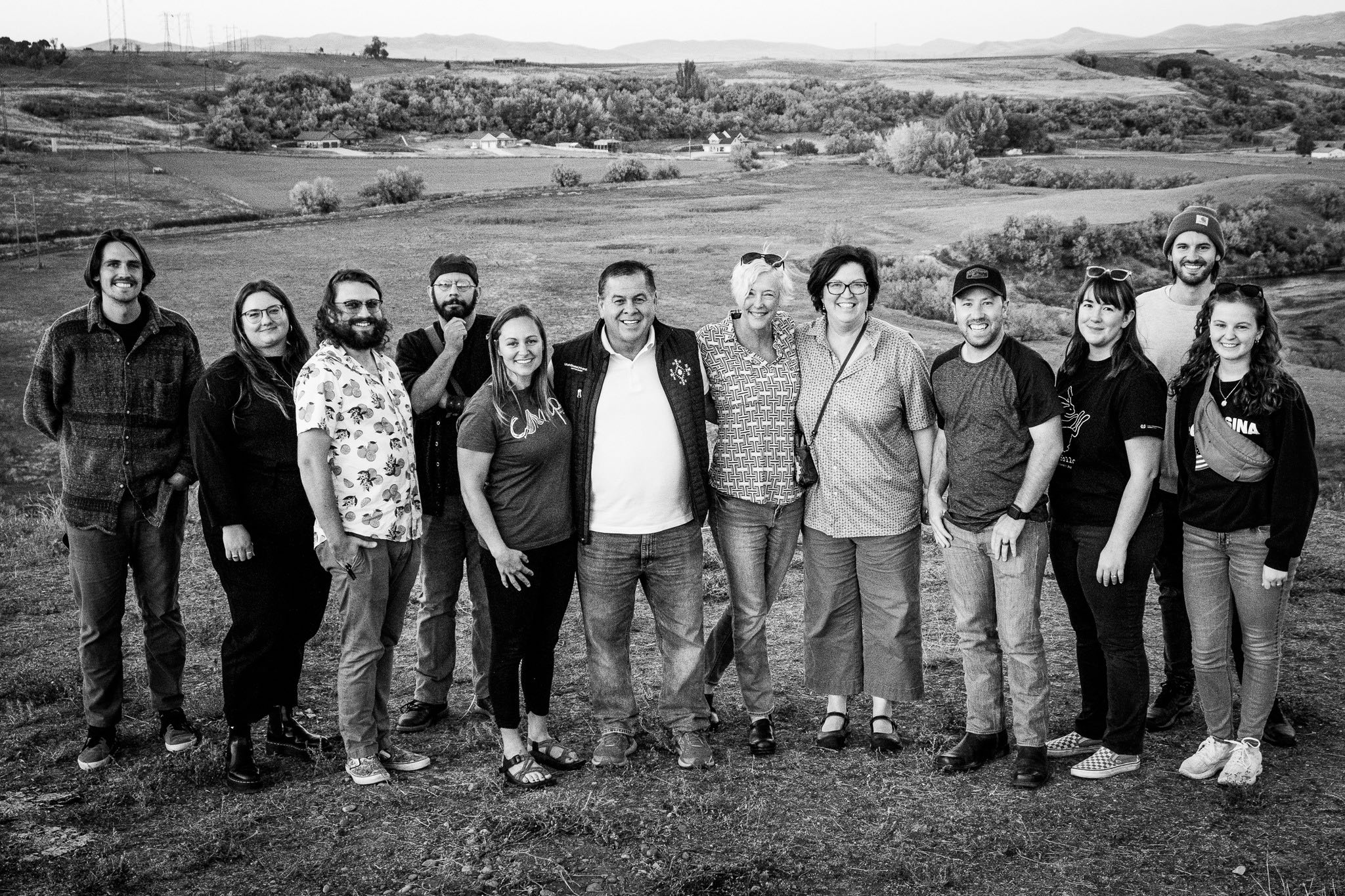 Associate Professor Lisa Gabbert’s 6710 Folklore and Landscape class visited the site of the Bear River Massacre on Wednesday, October 19. Darren Parry, former chairman of the Northwest Band of the Shoshone Nation and author of The Bear River Massacre, led the class on an interpretive tour of the area. First stop was the Daughters of Utah Pioneers memorial, where Darren discussed the many complicated layers of the monument, as well as the nearby memory tree, which offers an alternate, indigenous perspective. He then led the class to the nearby rest stop, which included historical markers written by the Shoshone. The final stop was the bluff on tribal land overlooking the Bear River (Boa Ogoi-Big River in Shoshone) and the actual killing fields. Darren discussed the tribe’s plans for an interpretative center, as well as current water reclamation efforts through the removal of invasive trees and the planting of native willows and cottonwoods.

“This trip really illustrated what we have been learning in class: how landscapes hold stories in place, how competing or conflicting stories get told (or not), and the relationship between storytelling and power dynamics,” Lisa reflects.