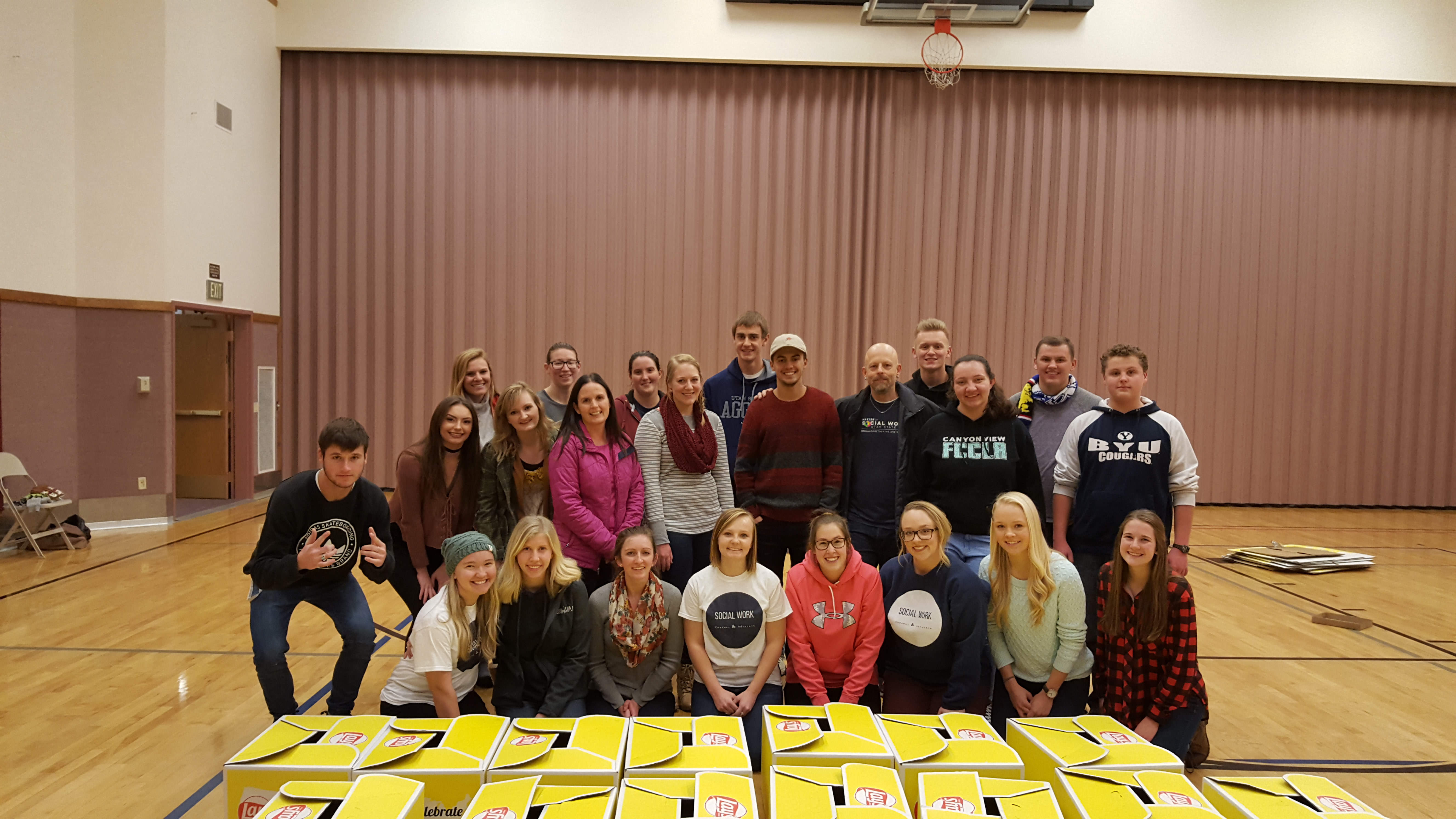 Ten years ago, our social work student club put together 10 Thanksgiving baskets to be distributed to needy families at The Family Place (a local family support center that provides numerous services for children and families).  Every year since then, we have increased the number of baskets we have distributed. This year, we received:

1. Over $1000 (which was used to buy turkeys, rolls, pies, and Cool Whip);
2. Hundreds of boxes/cans of vegetables, cranberry sauce, gravy packets, and stuffing; and
3. Numerous hours of SWSA students’ volunteer time to plan and organize the collecting, putting together, and delivering of the food.

This Thanksgiving, due to the generosity of our Social Work Student Association (SWSA) members and the Department of Sociology, Social Work & Anthropology (SSWA) students and faculty, SWSA delivered 40 full Thanksgiving meals to The Family Place and another 40 to CAPSA (Logan's domestic violence shelter).

This was truly a team effort. Special thanks to Karlie, Camille, and Bremen, three very special social work students whose dedication to vulnerable populations in Cache Valley is extraordinary.

As we were leaving CAPSA that night after delivering the food, the shelter manager told us that a domestic violence survivor had come to CAPSA that morning for some services.  She was asked what she was doing for Thanksgiving with her three small children.  She started crying and told the shelter manager that she did not know because she had no money.  Well, that night, this mother and her children, along with 79 other families, received a full Thanksgiving meal.

Thanks again to Social Work Student Association (SWSA) members and the Department of Sociology, Social Work & Anthropology (SSWA) students and faculty for your support and generosity. 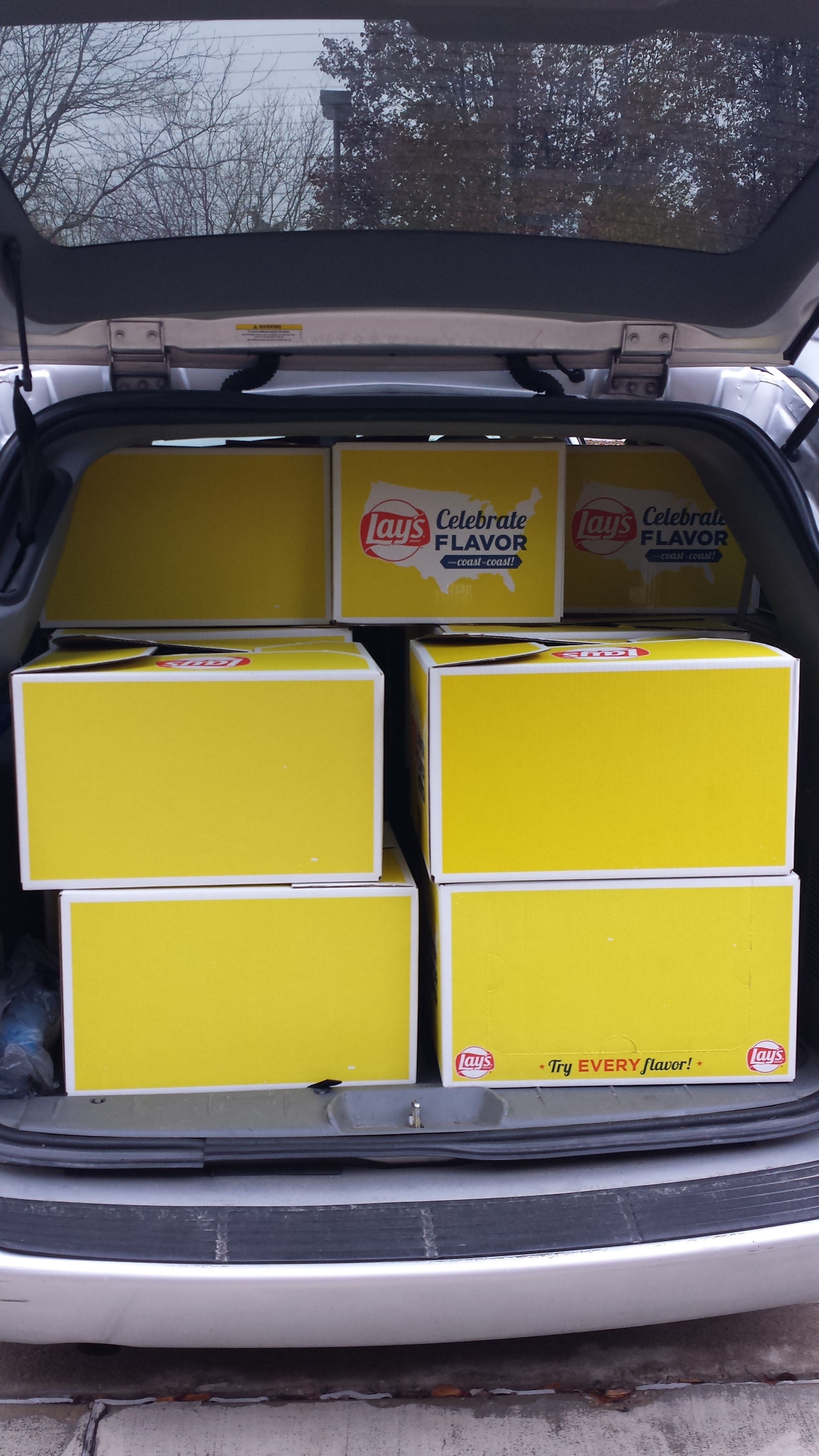 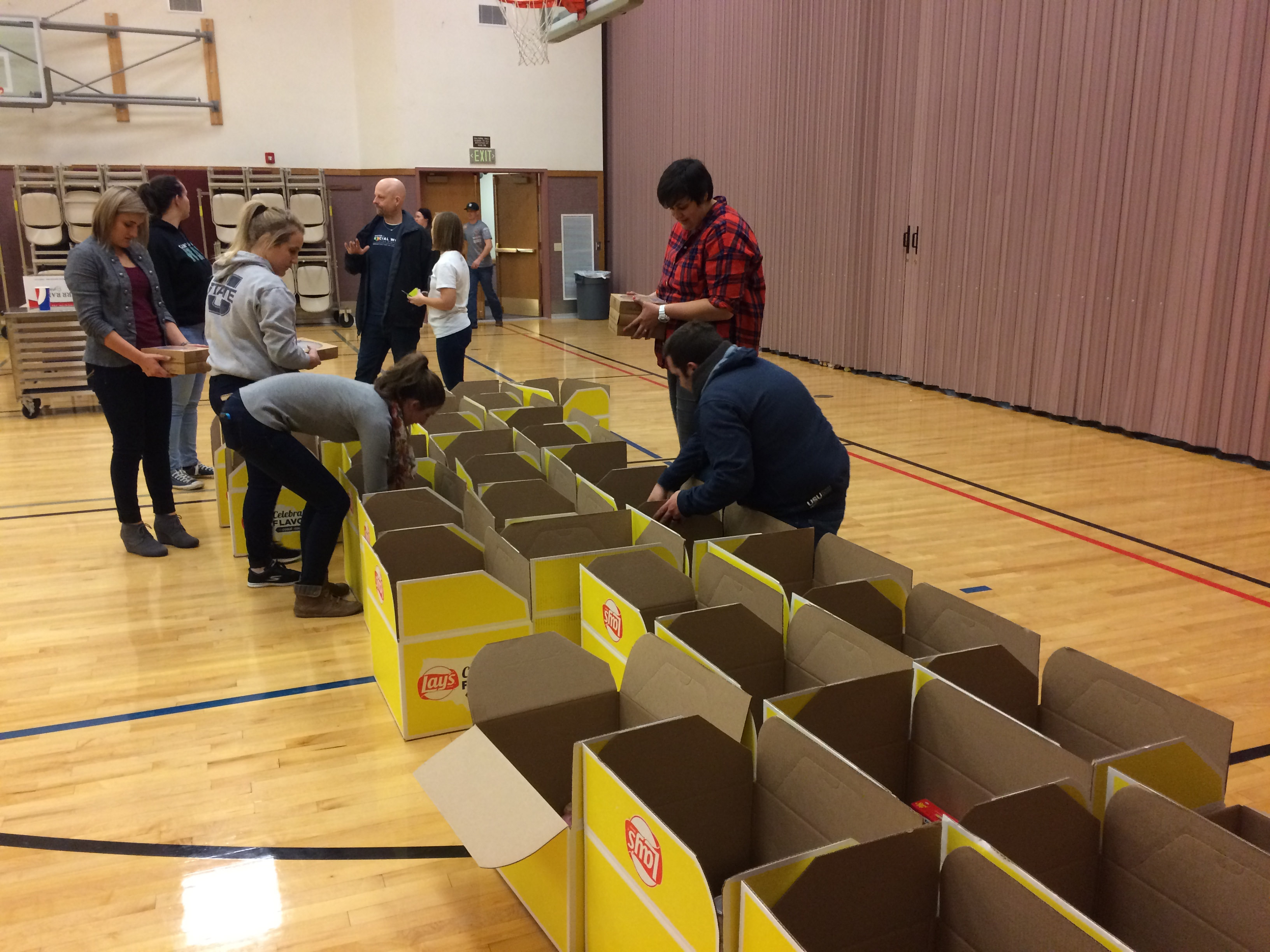 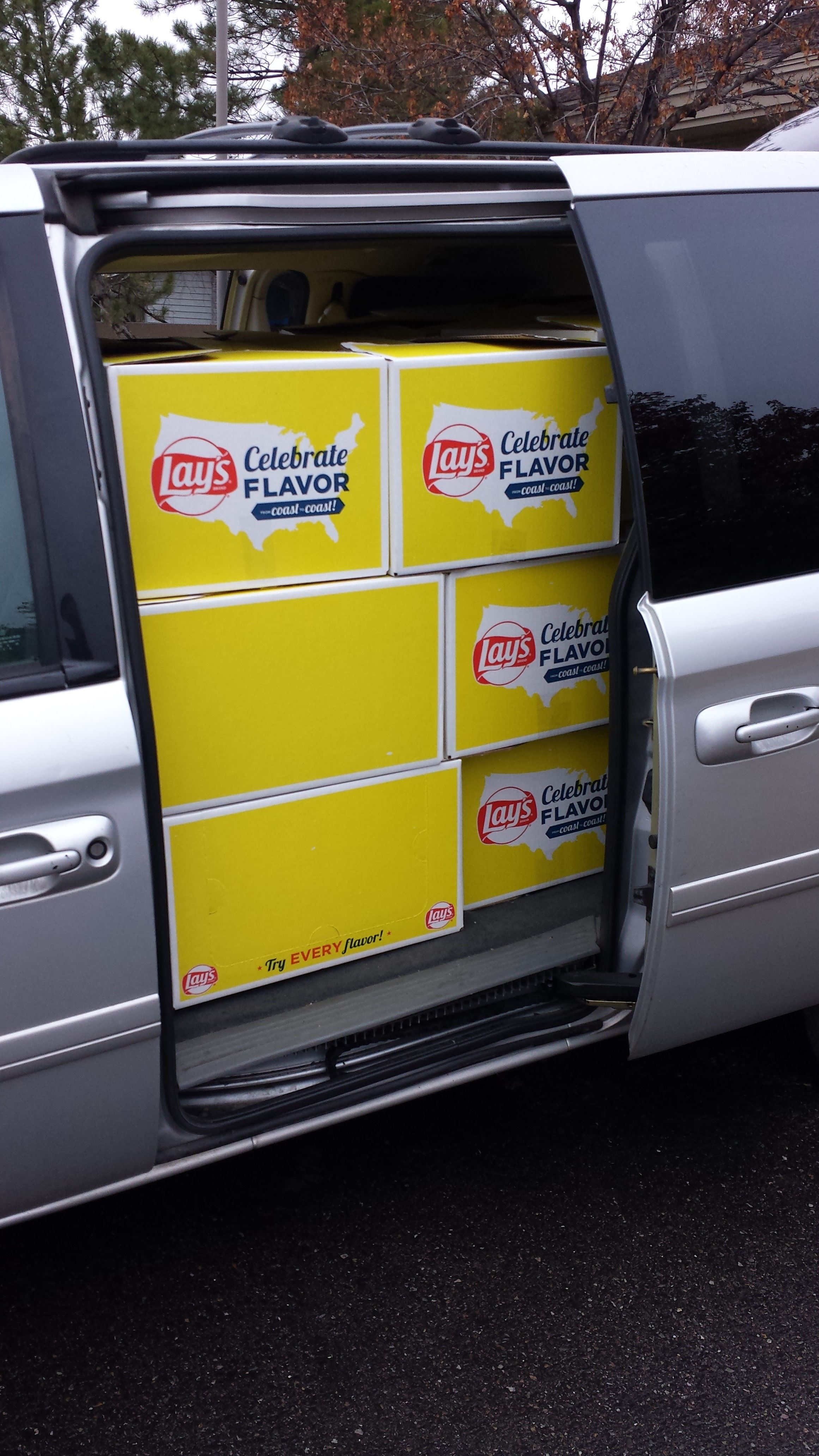 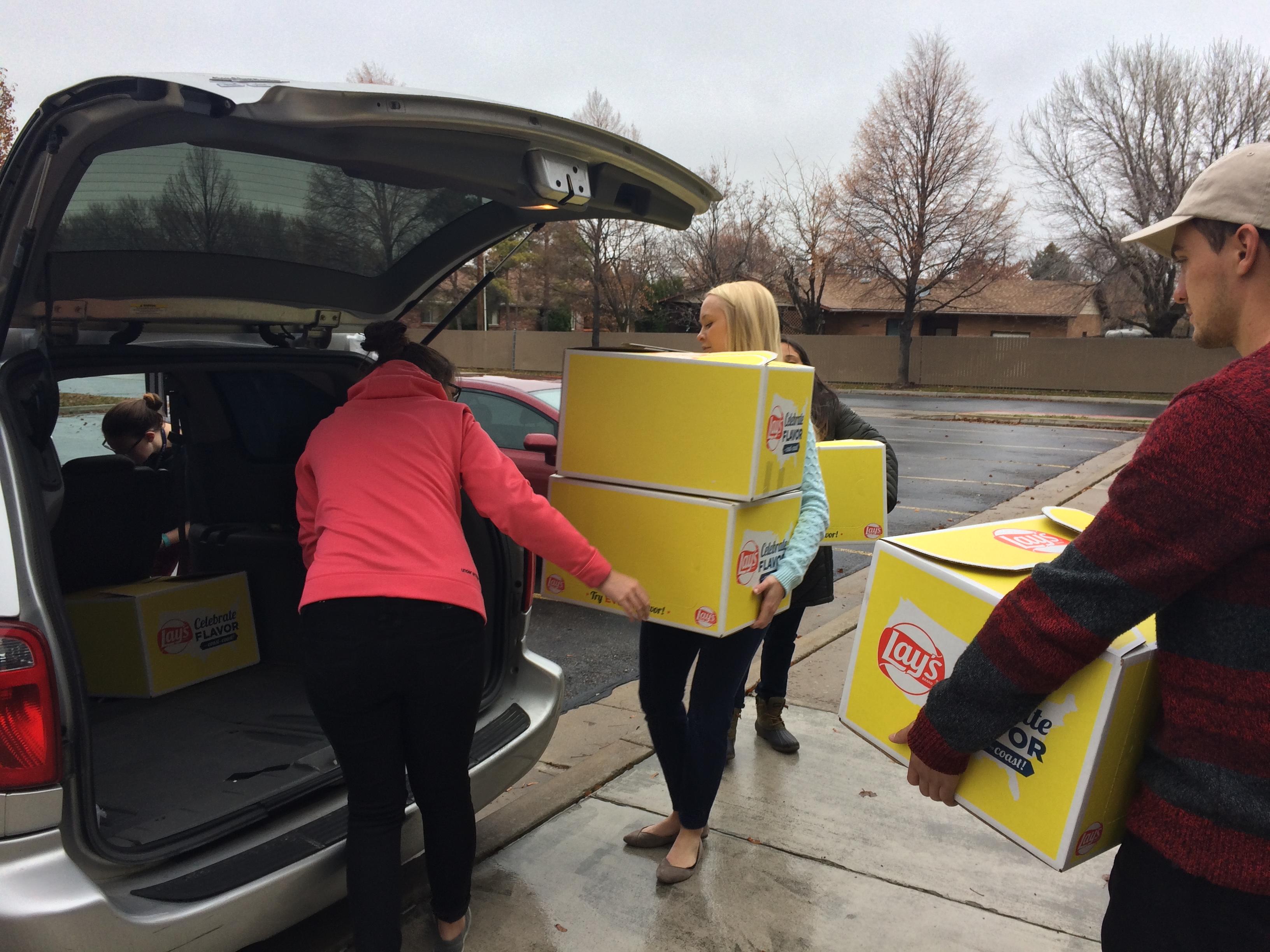 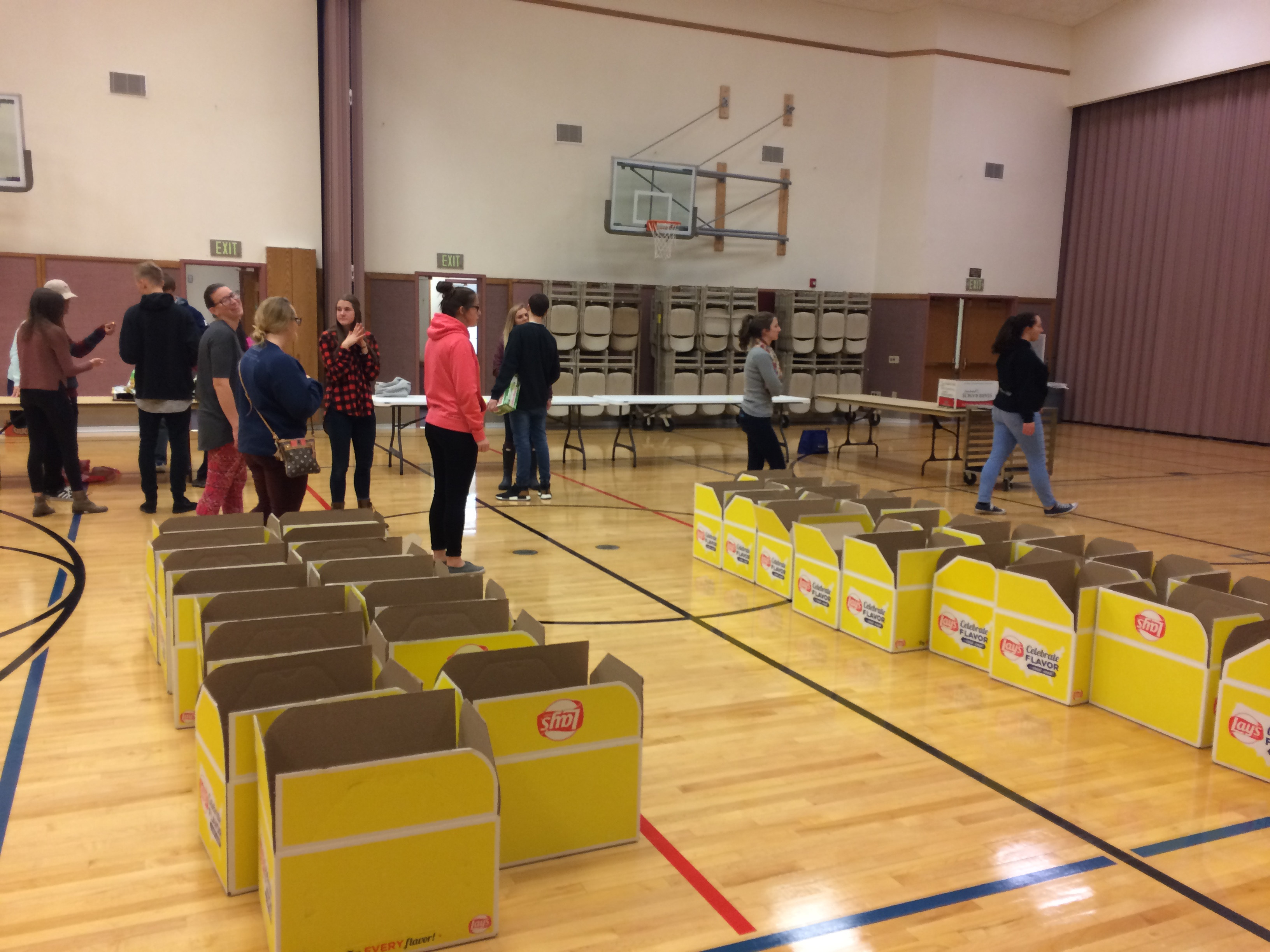