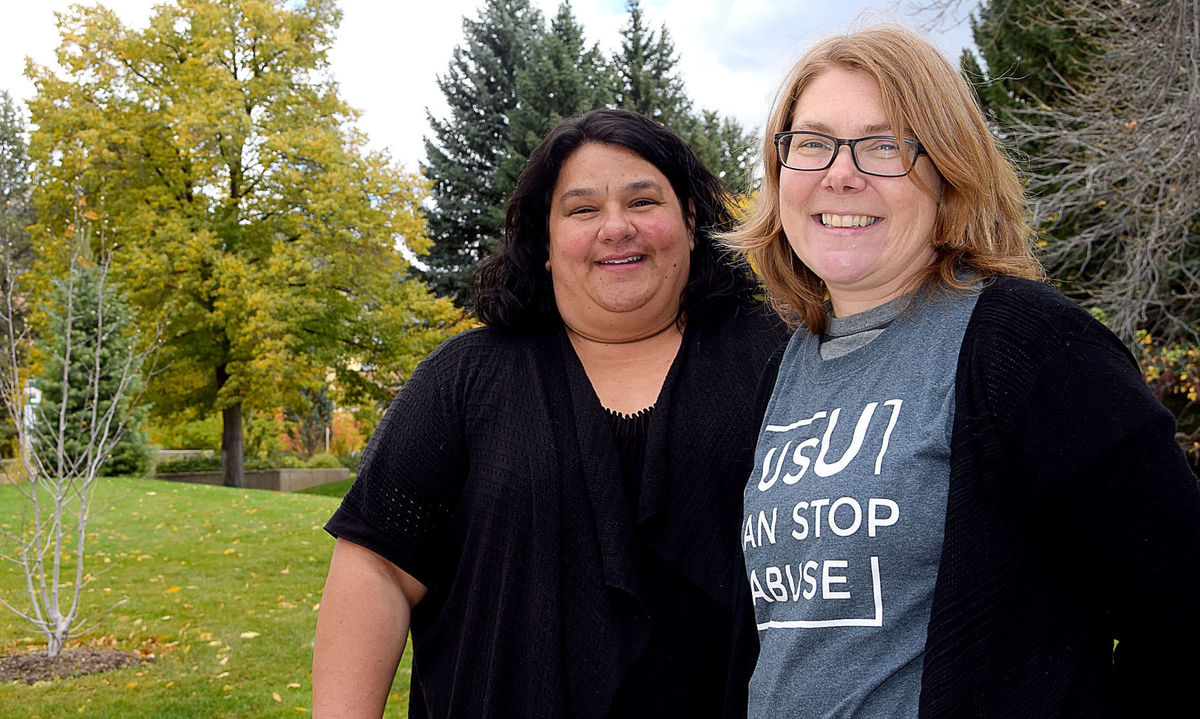 Utah State University has secured funds from the U.S. Department of Justice to create a community response for dealing with sexual violence and creating more of a safety net for victims.

The three-year, approximately $300,000 grant from the top U.S. Law enforcement agency’s Violence Against Women Office came about thanks to Jennifer Roark, a criminologist and USU assistant professor of social work, and Jennie Erazo, coordinator of USU’s Sexual Assault and Anti-Violence Information (SAAVI) program.

“We want to coordinate a community response and weave a tighter safety net for survivors,” Erazo said. “We’re doing things well, but we can always do things better, and this money kind of gives us the ability to do that.”

Roark said not only will this grant formalize partnerships with community stakeholders, but “show students and their parents we care about this issue — not only a faculty member and a program director, but all the way up to the president and the police chief.”

Roark was referring to the fact that both USU President Stan Albrecht and Logan Police Chief Gary Jensen signed a memorandum of understanding before the proposal was put forth to the U.S. Department of Justice. According to Roark, USU was one of only 43 schools nationwide that recently received funding from the agency’s Violence Against Women Office.

Specifically, the grant money will be used to hire a part-time clinician and a part-time advocate for the SAAVI office; provide law enforcement training for the USU Police and Logan Police Departments; and create a peer education program, hiring 10-15 students to talk to students about issues like bystander prevention and consensual sex.

The grant money will also cover further research for Roark on the issue of sexual violence, including understanding “the extent of (sexual violence) not only on campus, but in the community.”

“I think once we understand what’s really going on, then we can create evidence-based practice intervention that can effectively address the needs of survivors of sexual assault and domestic violence and prevention matters as well,” Roark said. “We can identify gaps in services.”

The announcement of grant funding comes a few days after Albrecht announced that the school would launch a Sexual Violence Taskforce headed by the USU provost and a number of working groups to address specific issues associated with campus sexual violence.

The announcement of those groups come in response to a USU-led inquiry into allegations of sexual violence from several women against former USU football player Torrey Green while he was a student. The inquiry results, released in August, found there were no cover-ups in campus sexual violence cases and recommended ways USU could improve handling of such cases going forward.

The allegations surrounding Green — who has since been charged in 1st District Court with four counts of rape, one count of aggravated kidnapping and one count of forcible sexual abuse — first came to light in exclusive, anonymous interviews with the accusers in a Salt Lake Tribune article over the summer.

Roark said the grant submission to the DOJ came “months” before the breaking developments surrounding Green.

“I think that this just shows that sometimes, events happen to where it can spotlight areas where we need to improve, but we’re always improving and always taking it seriously and working to, essentially, eradicate sexual assault,” Roark said.

Roark said she hopes the DOJ grant money goes a long way to eventually eradicating sexual violence on campus, something she believes is an epidemic.

“This is one of the crimes we absolutely can prevent. Now, I don’t think we’re going to eradicate it overnight, and it’s a long journey,” Roark said. “But I think the grant is a start.”

See the article in The Logan Herald-Journal