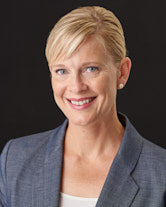 Prior to her academic career, Dr. Johnson worked within the Central Intelligence Agency’s Directorate of Intelligence as a member of the Balkan Task Force from 1998-1999 and served with the US State Department in Embassies Paris and Zagreb. The Cultural Topography analytic method she pioneered with co-author Matt Berrett was featured in CIA’s June 2011 edition of Studies in Intelligence.

Dr. Johnson has conducted in-depth research on US national and military service cultures, including critical blind spots in our foreign and security policy. Her 2018 book, The Marines, Counterinsurgency, and Strategic Culture: Lessons Learned and Lost in America’s Wars includes a foreword from former Secretary of Defense Jim Mattis and explores the collective impact of three layers of culture: the internal culture of the US Marine Corps, the culture of the US military, and American national culture across 100 years of counterinsurgency operations. Dr. Johnson has also focused on the application of strategic culture analysis to the nuclear weapons issue and has co-edited two books on that topic.

Dr. Johnson received her doctorate in strategic studies from the University of Reading in 2013.