Welsh Soccer: a Symbol of the Resilience and Progress of Welsh National Identity 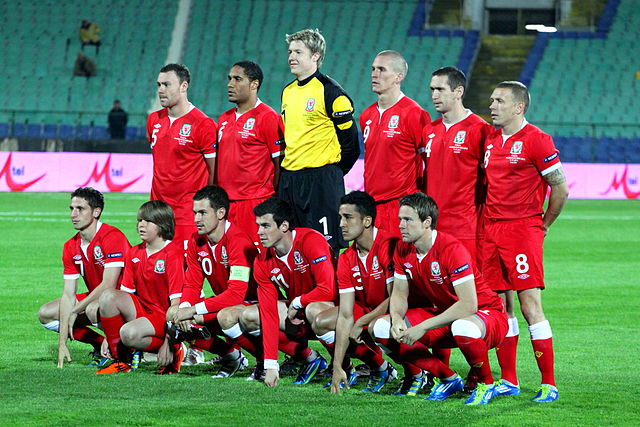 Morgan Aikele- The Welsh national soccer team is appearing in the World Cup Finals for the first time since 1958.  A slot at the Cup is an achievement for any country– but for Wales, a simple Welsh song sung during the game showcased a powerful step forward in invigorating a distinct
Welsh national identity.

National identity refers to the idea that people have an attachment to a particular nation. Strong national attachments are formed and maintained by celebrating national holidays, or cheering on one’s national team in the Olympics or World Cup. The success of the Welsh soccer team has not only forged bonds among the Welsh, but has been helpful in showcasing its national identity to the outside world. Wales may be formally recognized as a nation , but many people don’t realize that it incorporates a distinct culture with its own identity within the U.K. The other three nations within the U.K. (Scotland, Northern Ireland, and England), have more easily forged recognizable identities to the outside world. In this context, Welsh First Minister Mark Drakeford explained that for Wales, this recent success on the sporting field and reaching the World Cup “...certainly does create the opportunity to explain to the rest of the world that we are a very distinct nation with our own language and history.” Welsh soccer fans have taken advantage of this opportunity by singing “Yma o Hyd.” The song focuses on the unlikely resilience of Welsh culture and language, and while most fans did not know the song’s verses, they all joined in unison to sing each chorus, which translates to “In spite of everyone and everything/ We are still here!” Many Welsh themselves were moved by the crowd’s overwhelming participation in the singing– for a long time, the number of Welsh who speak the language has dwindled, and political efforts that would separate Wales from England have struggled. But according to Delyth Jewell of the sports, culture and language committee of the Welsh Parliament, loud participation in the song shows at least that the “Welsh nation has matured…in terms of being comfortable with itself and embracing the language…”.

Understanding the difference between nations, states, and nation-states will hopefully become more obvious for the outside world when Wales and England play each other on November 29. States are what we commonly call countries– sovereignties over a particular territory and group of people, whereas nations are named groups of people who share common historical, ethnic, religious, or linguistic ties. Wales and England are both distinct nations but are part of the same state. So, having the two nations face off will provide a real visual for the separation of nation and state.