Coping with Pétain and the World Wars: French identity 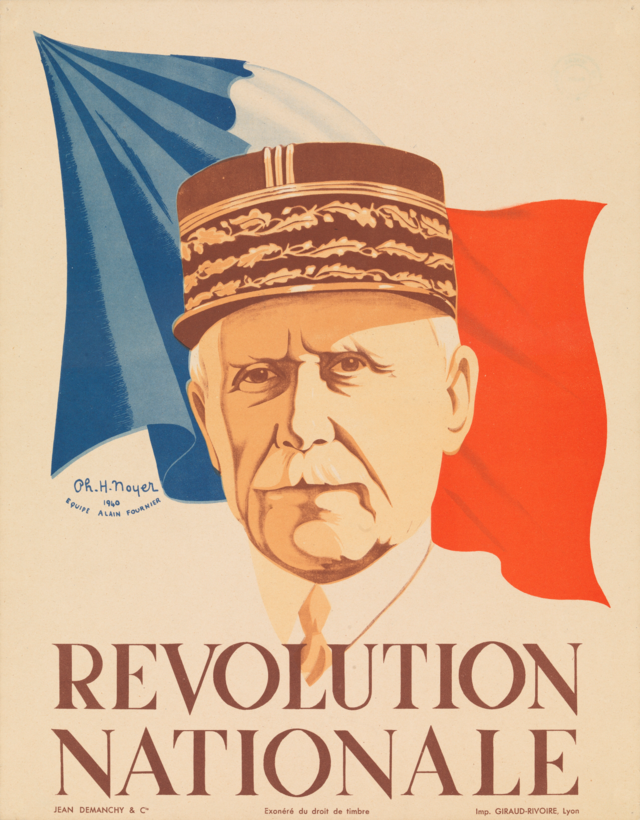 Jacob Sagers – The rise of the far right in the 2022 French Presidential Elections has rekindled a debate about the legacy of Phillipe Pétain. A controversial figure, Pétain led the French army to victory at the Battle of Verdun in World War 1 and eventual victory in the conflict. Nevertheless, the ‘war hero’ led Vichy France, a Nazi collaboration government, in the South of France during World War 2. His actions led to the deportation of 70,000 French Jews and furthered fueled the Holocaust. Pétain’s legacy leaves a mark French national identity must reconcile.

National identity is the way people see themselves as a member of a nation. People’s attachment to a nation, a common group or heritage, then generally translates into a commitment to a state, or what is frequently called a country. French national identity traditionally stems from its common language, culture, colonial legacy, and history. Pétain’s role in history is complex because of Verdun and Vichy France. He was eventually sentenced to life for treason on the Île d’Yeu after the war. The government’s actions tried to rid French identity away from Nazi collaboration towards the Free French and French Resistance. However, Marie-Louise Nolleau, the manager for a controversial museum dedicated to Pétain on the Île d’Yeu, argues: “For the City Hall, it's a wart… But it’s also our history… Whether we like it or not.” Examining the country’s whole history, requires a reconciliation for the French today as it adjusts to the state’s actions in the past. National identity enables stability and power for states and is generally portrayed positively.

Today, Pétain’s glorification by the far right requires people to view their own attachment to France. The rise of Marine Le Pen and Éric Zemmour in French politics has brought along the usage of Pétain as a symbol of glory. Invoking Pétain as a nationalistic symbol is requiring many to reexamine their attachment to what France has become and its past. Will remembering Pétain as a war hero outweigh the memories of collaboration with the Nazis? Does that collaboration matter anymore, or is it even seen as negative by supporters of the French far right?