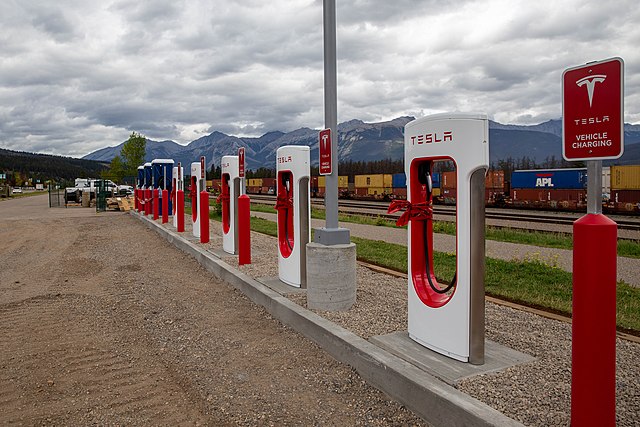 Jacob Sagers – President Biden’s Inflation Reduction Act paves the way for electric cars to become a fixture of American life in the fight against climate change. However, benefiting from the new electric car tax credit and subsidies requires battery makers to use raw materials from North America or a country the US has a trade agreement with. The problem is the US has a total of one mine and as a result China is dominant with battery supply chains. A new mine in Québec can help break this hold.

Battery supply chains are an example of networks. Networks are a combination of nodes that support its function. Networks tend to transcend national boundaries and can be a benefit or threat to countries. The new mine outside of La Corne, Québec operates as a node in the production network for electric car batteries. This affects other nodes, such as battery or car manufacturing, that may take place in other areas. The entire network relies on each node for it to run efficiently. This also affects the role of countries. For example, lithium offers Canada the ability to influence electric car production. The metal enables Canada to reshape their actions against the US and other countries to benefit them economically. Additionally, their friendship and trade agreements will allow companies to benefit from subsidies because of this network. The network surrounding car batteries will allow Western countries to take an increased role in production, undermining China’s influence.

Networks do not only affect states but have massive impact on the individual, an often overlooked scale of geopolitics. The average cost of an electric car, “in the United States… is about $66,000, just a few thousand dollars short of the median household income last year.” The global fight against climate change is expensive and major contributions tend to be expensive, limiting the power of the individual. Increasing the supply of lithium, however, may lower the cost of electric cars as batteries become more readily available. This in turn benefits the consumer and the environment; the scale of networks can be macro or micro. However, will this increase in lithium mining create a more cooperative globe or continue to fuel rivalries and divisions?