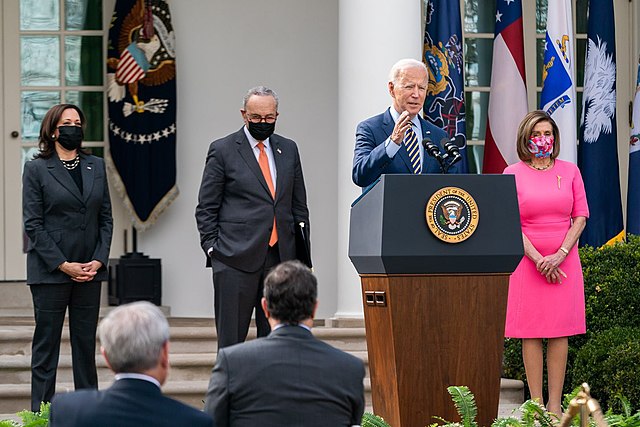 Jacob Sagers – Midterm elections in the United States last week showcased an irregular and impressive performance for the Democratic Party. The widespread rejection of far-right Republican candidates, and Democrats holding a majority in at least the Senate, has massive implications for American foreign policy. The United States’ geopolitical code is expected to reinforce existing structures as President Biden holds more leeway than expected.

Geopolitical codes are the way a country positions themselves within the global community. This includes identifying allies, enemies, and justifying past and present actions to their public. The United States has generally built its geopolitical code post World War 2 by allying with states in NATO and generally with pro-democracy governments throughout the world. However, under the presidency of Donald Trump the US’s commitment to NATO was seen as wavering. Relationships with Russia cooled, and China took a more prominent role as a competitor. Nevertheless, according to Nathalie Tocci, the director of Italy’s institute of International Relations, regarding the Democrats victory Tuesday: “I don’t think now that there will be big changes in U.S. foreign policy…” President Biden will probably try to reinforce existing ties with NATO allies instead of isolating them. Russia will continue to be a threat following the war in Ukraine alongside China with its threat to Taiwan and US economic hegemony. New states and actors may come into play, but the status quo will probably remain.

The impact on the global scale of geopolitical relations is connected to the smaller scale of political races in the US midterms. Scale defines the geographic extent of the event we are examining. John Fetterman’s victory over Dr. Mehmet Oz proved crucial to the Democrats picking up a seat to maintain their Senate majority. Factors such as Fetterman’s stroke, or Dr. Oz recently moving to the state, exemplifies the importance of smaller levels of scale for interpreting a larger global scale. This election had global consequences. Perhaps President Biden might change geopolitical codes more than expected with the Middle East and Saudi Arabia now that he will not likely be stalled by far-right candidates?

Picture Credit: Photograph by the White House, which falls under public domain as a work from the Federal Government and the Wiki Creative Commons CCO License