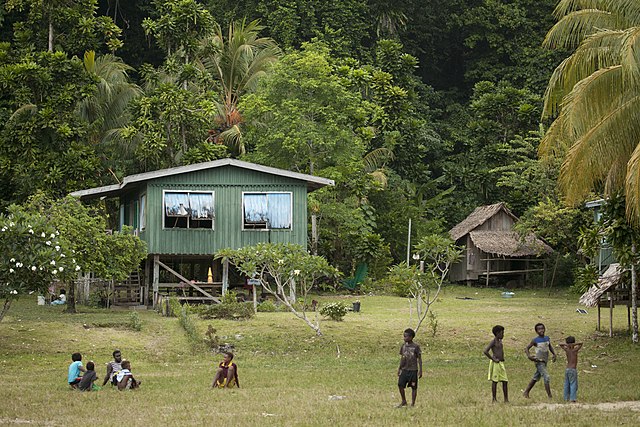 Carilyn Pointer - A U.S. Coast Guard ship and a British Royal Naval ship were turned away from their regular stop at a Solomon Island port. While this may seem like a simple event, it is a sign that the Solomon Islands are turning away from old allies and towards ­­­­­China. It was later revealed that a secret security agreement was signed between Prime Minister Manasseh Sogavare and Chinese officials, which allows the islands to call upon China for military aid. The concept of scale can help us understand the impacts this decision will have on the local and global stage.

Scale defines the geographic extent of the political actions we are looking at. We can see how political actions are connected from the individual level up to the global level. Being a small island-nation, the effect the Solomon Islands can have beyond their borders often gets underestimated. However, due to their geographical location they played a key role in World War II. The decision to escalate their connection to China, shows that they are preemptively choosing a side if conflict does break out over Taiwan’s sovereignty. The Solomon Island’s action hinders the United States from maintaining a presence in the Asia-Pacific region and by default their potential to protect their regional allies. A seemingly simple decision made on the national level is affecting the global stage. If conflict between China and Taiwan escalates to a state of violence, then the Solomon Island’s indispensable role may change the outcome of the conflict. This relation between a small decision and lasting global consequences explains the importance behind scale and the impact seemingly small players can have.

Awareness of how the concept of scale relates to material power furthers our understanding behind the Solomon island’s decision to affiliate with China. China in comparison to the Solomon Islands has much more material power. Material power is expressed through different forms such as military power, economy strength, or alliances. Since China is larger, stronger, and geographically close to their territory, logically it follows that they would be a good country for the Solomon Islands to associate with. However, it doesn’t explain why they have chosen to sacrifice their relationship with the United States.