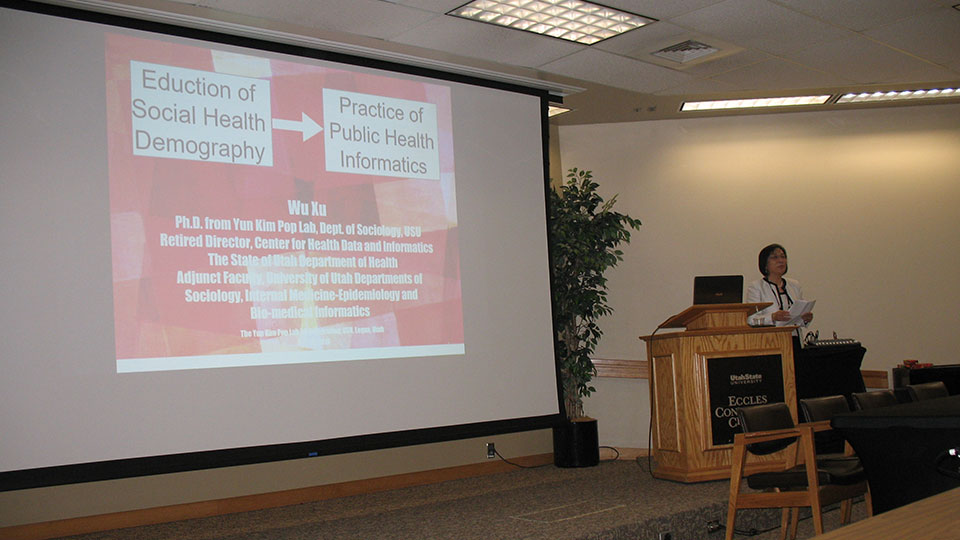 Inspired by their reunion at the Yun Kim Population Lab anniversary celebration, Dr. Gulzar H. Shah and Dr. Wu Xu collaborate to publish an article about their overlapping research.

"Last week, my co-author Dr. Wu Xu and I met after a decade or so of occasional path-crossing at conferences to participate in the reunion of graduates of the Yun Kim Population Research Lab, Utah State University to celebrate its 50th. We were both surprised that despite entirely different titles of our talks, we ended up making a case for the importance of three aspects of public health in promoting population health: social determinants of health (SDoH), Health in All Policies (HiAP), and health informatics.

On second thought, it should not have been surprising given that we both were trained in demography. Also, we had made health informatics our primary professional interest in the mid-1990s, much before the term became a buzzword and even before we realized that our work constituted health informatics. During the mid-1990s, we both found ourselves on an interdisciplinary team engaged in public health informatics projects as employees of the Utah State Department of Health (DH). In 2002, we parted our professional pathways, with Wu staying with the Utah DH and myself venturing into several positions in academia and public health practice.

After our presentations at the reunion, we decided to share our thoughts on the interconnectivity of the SDoH and health informatics via this blog post."

Read the full article and visit the Yun Kim Population Lab celebration page to see pictures from the event.