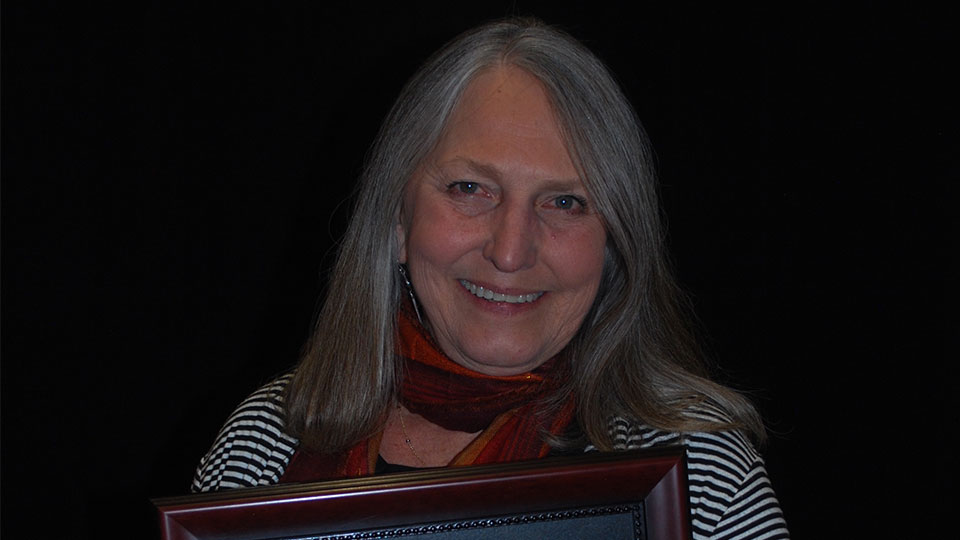 It’s difficult to synthesize Eddy Berry’s 35-year career, but here are a few highlights: She has given more than eighty professional presentations, published more than forty articles, and co-edited the book Rural Aging in 21st Century America. In 2006 she was awarded the WGRI Distinguished Professor Award and in 1998 the Robins Faculty Advisor Award. She was Graduate Mentor of the year for her college in 2017. The Rural Sociological Society, where she served as President also awarded her with Excellence in Education. She is currently the Director of the Yun Kim Population Research Lab and of the graduate program in Sociology. Berry can also now add that she is the recipient of the Center for Women and Gender Lifetime Achievement Award.

That her commitment and her accomplishments have been honored in this way is particularly appropriate, as Eddy Berry was one of the first co-directors of the Women and Gender Research Institute, started in 1985. Twenty-five years later, WGRI became the Center for Women and Gender.

In her acceptance speech, Berry recalled some of the challenges she faced before arriving at USU—like the male colleague who, during an interview, asked whether she had a boyfriend, was engaged, or had plans to get married. Other men questioned whether she was “logical enough” to be a programmer. Still many others simply spoke over her as she talked. “And, of course,” she added, “there were the myriad times that no one heard the suggestions I’d made but when the guy sitting next to me or down the table repeated the same suggestion, it was greeted as a miraculous recommendation.” 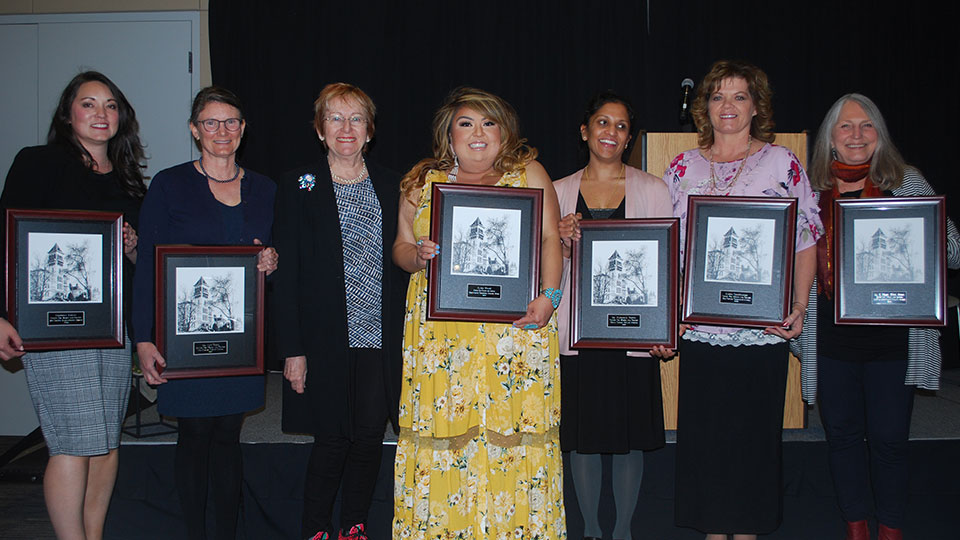 Given these experiences, perhaps it’s no surprise that one of Berry’s earliest accomplishments at USU was to increase awareness of both women researchers and topics of gender on campus. She secured a Department of Education grant that, as department chair Derrik Tollefson described in his opening remarks, “assisted in changing the climate for women faculty and eventually resulted in an institutional environment in which women and gender research are both valued and respected.”

In this way, and in so many others, Berry served as a model for her students. She has trained hundreds of students in the appropriate use of statistics in the fields of sociology, family life, natural resource sociology, and demography. She has mentored 16 Ph.D. and M.S. candidates who have gone on to the Utah Office of Health Education, NIH, other colleges and universities, and international governmental agencies. Simply by being in the classroom for over thirty-five years, she has shown the young women she has mentored that this life of research, teaching, and advocating for others is available to them as well.

As for advice, Berry encouraged women in the audience to “Go for it. Break through the barriers, knock down the walls.” She encouraged them to follow their personal and professional goals regardless of any pushback they might receive from others. And in her characteristically generous and thoughtful way, Berry ended her comments by calling on the audience to commit to making things better for those with the fewest privileges, because doing so makes things better for everyone.