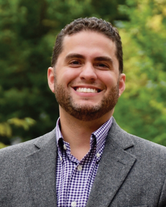 Austin Knuppe received his Ph.D. in Political Science from The Ohio State University in May 2019. His research focuses on the role of U.S. military intervention in shaping the beliefs, attitudes, and behaviors of civilians in fragile states. As a specialist in Middle East politics, Austin is also interested in the role of U.S. foreign policy in facilitating or inhibiting peacebuilding and post-conflict reconstruction in the Persian Gulf. His current book project examines variation in the effectiveness of U.S. military intervention in the post-9/11 period. Outside of Dartmouth, Austin is on the governing board of the Conflict to Peace Lab (C2P) at the Mershon Center for International Security Studies. His work has appeared in Political Analysis, Politics and Religion, and International Politics Reviews. It has been supported by the U.S. Institute of Peace, the John Templeton Foundation, the Mershon Center for International Security Studies, and the Ohio State Decision Science Collaborative.