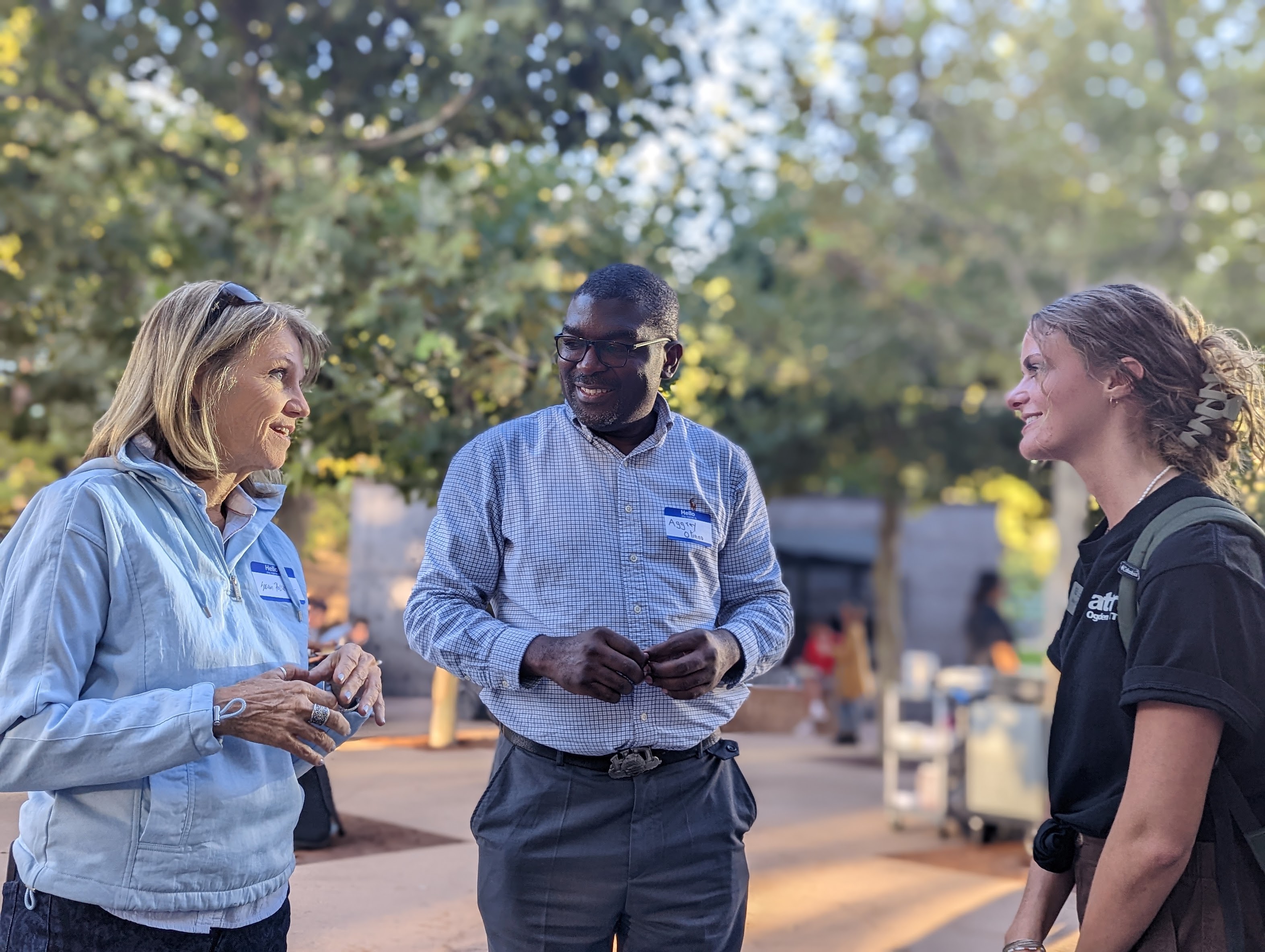 On a crisp fall Tuesday morning, Susan Polster worked in her Logan office — in the Journalism and Communication department — on the third floor of the Agricultural Science Building at Utah State University.

She sits, legs crossed, looking longingly out the south window and gestures at the Rocky Mountains standing high above the valley, comparing them to the Alps and other mountains she has hiked around the world.

“If I could be anywhere, like if I wasn't sitting here at Utah State, I'd be on some mountaintop somewhere in South America,” Polster said. Polster currently serves as the department head for USU’s journalism and communication department. Uniquely, Polster is USU’s first department head not based at the Logan campus. Polster works at the Eastern campus in Price.

She started in the position at the beginning of the fall semester, 2021.

Polster loves to be outside and has traveled the world to hike mountains and go on various adventures. As Polster has taken these journeys up mountains and around the world, she has similarly been on a journey that has led her to her current position at USU.

Working in journalism wasn’t always the adventure Polster had in mind. One unexpected experience she had in college turned out to be a pivotal moment in her life. Polster received her undergraduate education at the University of Utah. For the first three years of her college experience, Polster was an art student studying illustration and painting.

Polster saw her friends were starting to get credit cards, and she wanted to be able to get one too. She knew if she graduated with an art degree she would most likely never be able to get a credit card financially.

It was this desire for a credit card that led Polster to switch majors. She had all of her general education credits done and was able to switch to communications. She graduated in public relations and advertising.

“It was basically a money thing. I just wanted a job that I could get a credit card with,” Polster said.

Polster originally thought she would like advertising most better than than public relations but realized it was the opposite.

Polster realized she enjoys interviewing and talking to people, and loves the PR and journalism world.

“I have got to do and see things that no one else has got to do,” Polster said. “Like I interviewed the wealthiest man from Utah and he flew to Price and it was like a $100 million dollar plane.” Polster’s adventure and her career led her to Price, to what is now USU Eastern.

Polster helps her students find their own path and what they are good at. Janelle Bates recently graduated from USU Eastern and is now the faculty advisor for their student newspaper, the Eagle. She was hired for this position by Polster. As a student, she was a reporter and editor under Polster at the Eagle. “She gave me confidence, encouraged me to find what I like to write and she definitely saw my strength as an editor,” Bates said. “She would always tell me ‘you're really good at all the English stuff’, ‘I love that you edit this.’ So I guess she's helped me find what I'm really good at, and she actually found me work to use my strengths.”

Bates is only one example of the many students Polster has had an impact on throughout her career. Polster truly loves and cares about her students. When Polster served as an advisor to the Eagle her students received 21 awards from the Utah Press Association’s Better Newspaper Contest.

In her free time, Polster climbs mountains. She has hiked the Mont Blanc tour through Europe, and she spent 21 days hiking the Northern Andes in Peru. She dreams of one day hiking in Asia and also hopes to hike the Dolomites in Italy. But Polster doesn’t just climb literal mountains, she climbed mountains in her career.

“Susan climbs mountains,” Candi Carter-Olson, the associate department head of the JCOM department, said. “Being the first statewide department chair and building JCOM’s reach into new places here in Utah is a massive mountain. We wanted her because she isn’t deterred by bad weather, rough terrain, or whiny climbing partners. She just keeps going knowing she will be able to conquer this challenge.”

Carter-Olson shared that she imagines after a few years under Polster's direction, the JCOM department will be bigger and stronger. “The more she’s out there advocating and working with the upper administration, the more she gets to know people and network the stronger our presence is going to be across the campuses I do believe,” Carter-Olson said. “Here we go. Set her loose.”

Polster is an adventurous woman and a trailblazer who has experienced many adventures before landing where she is now. She has written for and edited magazines, including Utah State’s Alumni magazine. She taught many journalism classes and still teaches classes even while serving as department head. She worked in PR and advertising. Polster is also a founding member of the Utah Women in Higher Education Network, and she has chaired USU Eastern Women's Conference since she started at the school. Polster still has mountains to climb — in her life and in her career — and literal mountains around the world.