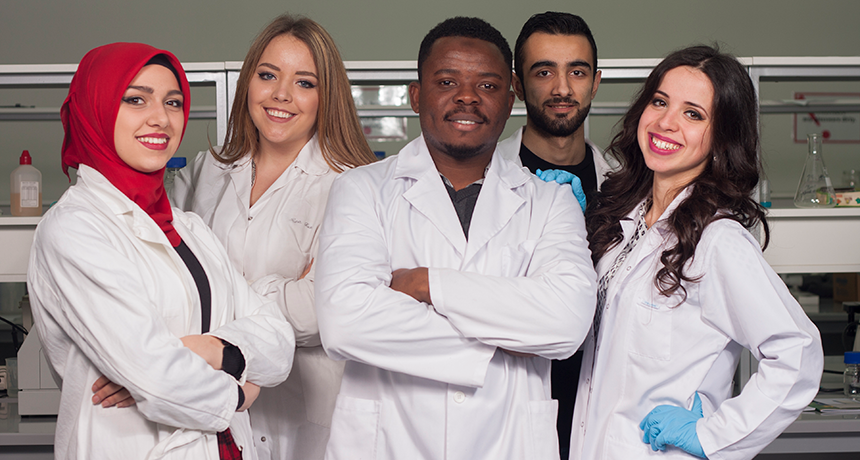 A new class at Utah State University will help journalists develop a stronger understanding of science, and help scientists develop their skills as communicators.

The class will be led by journalism professor Matthew LaPlante, whose book with Harvard Medical School geneticist David Sinclair, about the science of aging, recently made the New York Times Best Sellers list in several categories.

The class, Science Writing, will be offered in the spring as an undergraduate and graduate-level course (JCOM 4530-003 and JCOM 6510-002.) Enrollment will be capped at 17 students.

"This class is about making science accessible," LaPlante said. "There's a belief that, past a certain point of research, education and specialization, it becomes impossible to talk to one another. That's wrong. Worse, it's dangerous."

LaPlante is the host of UnDisciplined on Utah Public Radio, a research-themed weekly program dedicated to building interdisciplinary connections. His first solo book, Superlative, about what scientists are learning by studying biological extremes, was published earlier this year. LaPlante's collaboration with Sinclair, Lifespan, tells the story of the Harvard researcher's efforts to understand, slow, stop and reverse aging.

LaPlante didn't have a background in science when he began shifting the focus of his journalistic work in that direction. "I can't think of anything more important than helping people understand, appreciate and respect the vital research that is happening all around us," LaPlante said. "It seems hard, but it's worth the effort. We need journalists and scientists alike to be working together toward this goal, and that's why this class excites me."