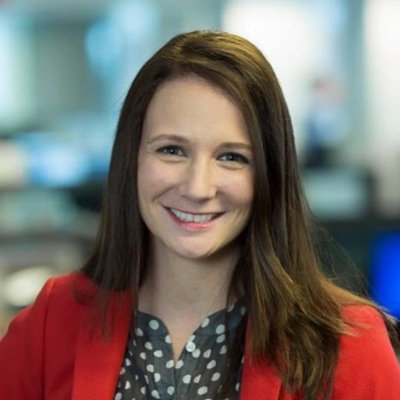 It's now clear that we live in an era of fake news, troll tweets and email dumps. So what does that mean for media, our democracy and our future?

On Monday, Feb. 27, Natalie Andrews, a Wall Street Journal social media editor and reporter, will discuss the role of the press in the 2016 election — and what the results of that election portend for the intertwined futures of journalism and democracy.

Andrews, who graduated from the Department of Journalism and Communication at Utah State University in 2006 and served as KSL's social media director from 2011 to 2014, will seek put the Donald Trump “phenomenon” into historical context en route a clearer understanding of the future.

“In 1960, television helped give us John F. Kennedy; in 1992, late-night TV helped give us Bill Clinton; and in 2016, reality TV and social media helped give America Donald Trump,” Andrews said. “The change in technology and America led to a wild year no one would have predicted — but maybe everyone should have seen coming.”

The Journal was the first to “go live” on Facebook, broadcasting via that social media channel from the Republican debate in Wisconsin on Nov. 10, 2015. Despite the paper’s sometimes stodgy reputation — it long resisted publishing photographs, for instance — the Journal has a robust social media presence, engaging its readers through platforms including Snapchat, Instagram and Twitter, where it has nearly 13 million followers.

Of course, it hasn’t been alone in its embrace of social media. More than three-quarters of Americans have a social media profile, according to the Pew Research Center, and nearly two-thirds get their news there. Albeit sometimes late to the party, news organizations have followed readers online and have come to embrace social media platforms.

“Newsrooms were ready to cover every minute of the 2016 campaign, on every platform,” Andrews said. “Donald Trump took hold of the news cycle — from rallies, to tweets — with a simple message that people connected with.”

Andrews’ talk “2016: What the Hell Just Happened?” will be held from noon to 1 p.m. in the Merrill-Cazier Library, Room 101, and will tweeted, Instagrammed, SnapChatted and broadcast on Facebook Live by students from the department.

The talk is part of the Morris Media & Society Lecture Series, which is facilitated by Utah State’s Department of Journalism and Communication and supported by an endowment from DeAnn Morris in honor of her late brother, former journalism professor John Morris. In deference to a man who has been described as “a chain-smoking, tough-talking, beer-drinking Westerner,” the department seeks to brings to campus speakers who challenge convention and stoke debate.