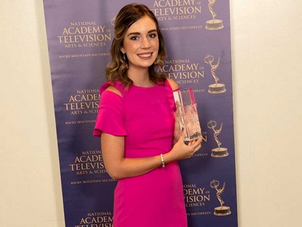 Ayanna Likens, a USU senior and student in the broadcasting emphasis of the Department of Journalism and Communication, received a student Emmy for her reporting work for Aggie-TV. Also receiving an award was Zachary Aedo, a 2019 JCOM graduate. The ceremony took place in Scottsdale, Ariz.

The National Academy of Television Arts and Sciences presented Emmy Awards for Journalism Excellence to two Utah State University student broadcasters for their excellent reporting appearing on Aggie Television, the university’s student news program. The Emmy statues were presented during a Sept. 14 ceremony for student competitors held just prior to the broadcast program.

Students from around the country compete in the contest, considered to be one of the most prestigious in broadcast journalism, said Brian Champagne, a professional practice associate professor in the Department of Journalism and Communication.

“As they explain at the awards ceremony, to even get a nomination is quite an honor,” he said.

Ayanna Likens, a USU senior, won in the College Arts and Entertainment/Cultural Affairs category for “Keyboard Artist,” a story she reported on a deaf man who makes art out of old computer keys.

Zachary Aedo, a 2019 JCOM graduate, won in the College News: General Assignment category for a story he did on Logan’s beloved Bicycle Brent, a Cache Valley native known for riding his bicycle around town, offering honks and hellos to people he passes.

Likens was thrilled to hear she won, but was also “completely shocked,” she said, because she competed against students from around the country, many from larger universities.

“When they called my name, I was seriously crying,” she said. “I was crying, my mom was crying. It was just a big sob fest.”

Champagne said seeing his students win is a proud moment for him.

The Aggie Television Cache Rendezvous holiday show was also nominated for an Emmy. 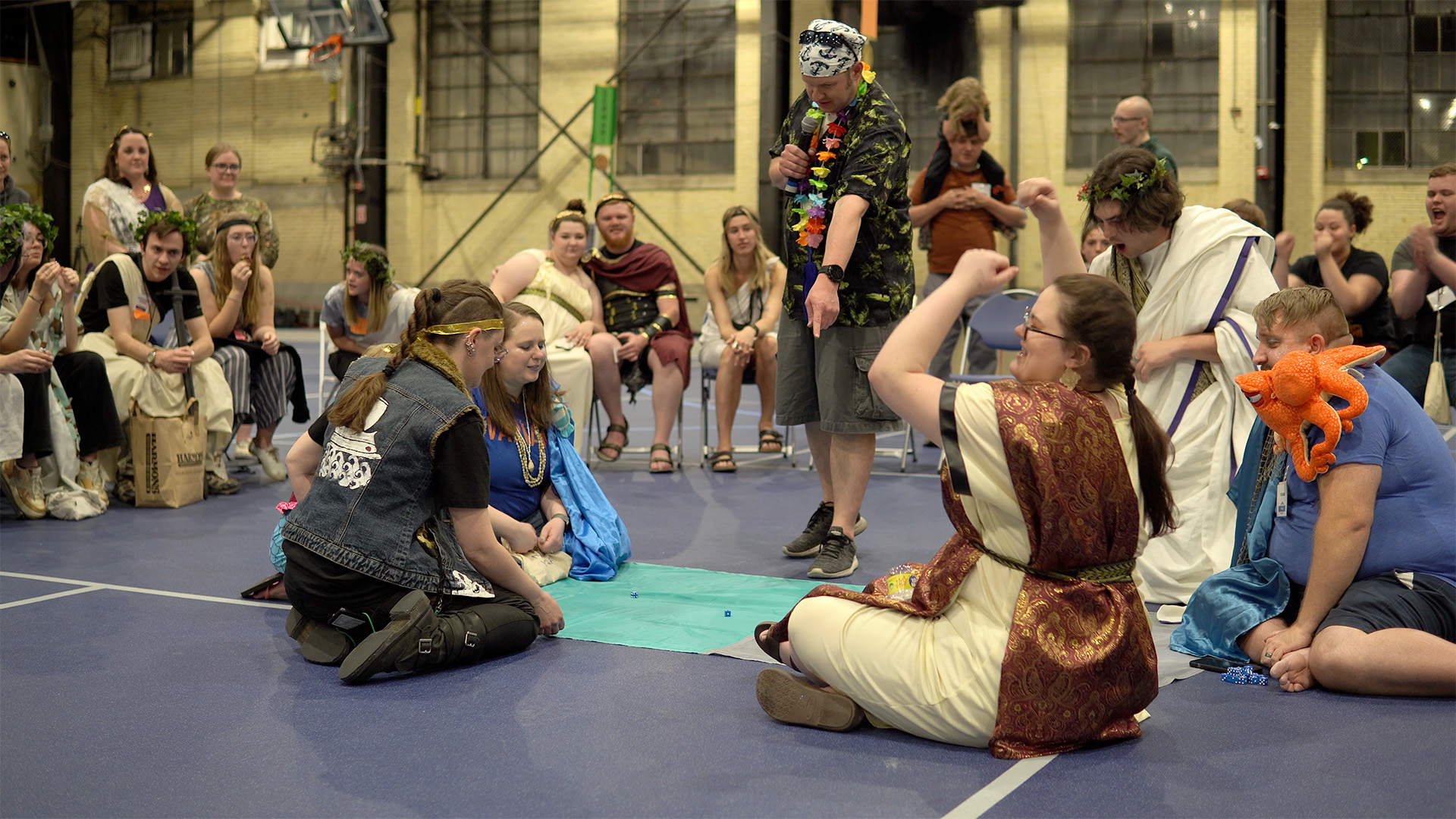 A long-running tradition in the classics program makes a triumphant return after a 2-year long break.