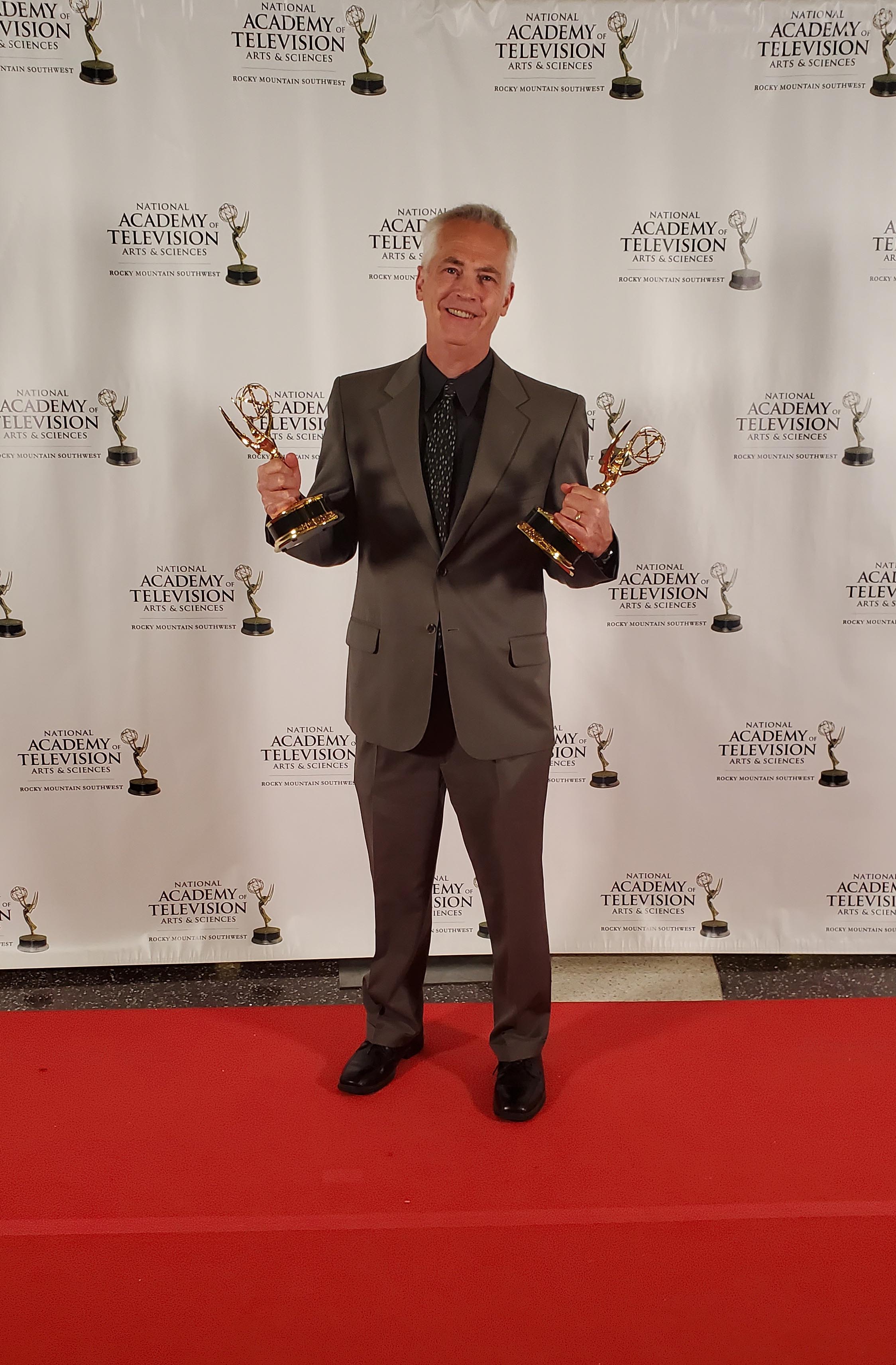 USU broadcast students were nominated for six awards in the student production category.

The Logan students won a SPA award for Best College Magazine Program for the Winter Edition of Cache Rendezvous, produced by Emma Feuz.

USU’s Sarah Murphy shared honors with another student for College Talent – News or Sports.USU broadcast professor, Brian Champagne said, “We might note that there were 280 entries between high school and college categories, so to even get nominated is an honor and accomplishment. USU’s students lost to no schools, not even those several times larger than ours.”

Not only did Champagne’s students do well, he picked up two Emmys at the gala in the education/schools content, plus religion content. He wrote, narrated and shot two half-hour programs airing on Salt Lake City’s KSL-TV. For the latter, "A Shift of Heart," he was paired with his former KUTV bureau partner Dan Rascon. The film was shot in Manti, Utah, covering the story about Ed "Big Daddy" Roth, creator of the Rat Fink character.

The second Emmy was won for his "Saved by Shop Class," a mostly-solo project addressing kids in school who just don't click with the mainstream students, classes or ways of learning.

He was honored to receive both awards and said they were both a couple years in the making.