Latin Lab: Bringing the Fun from the Past to the Present 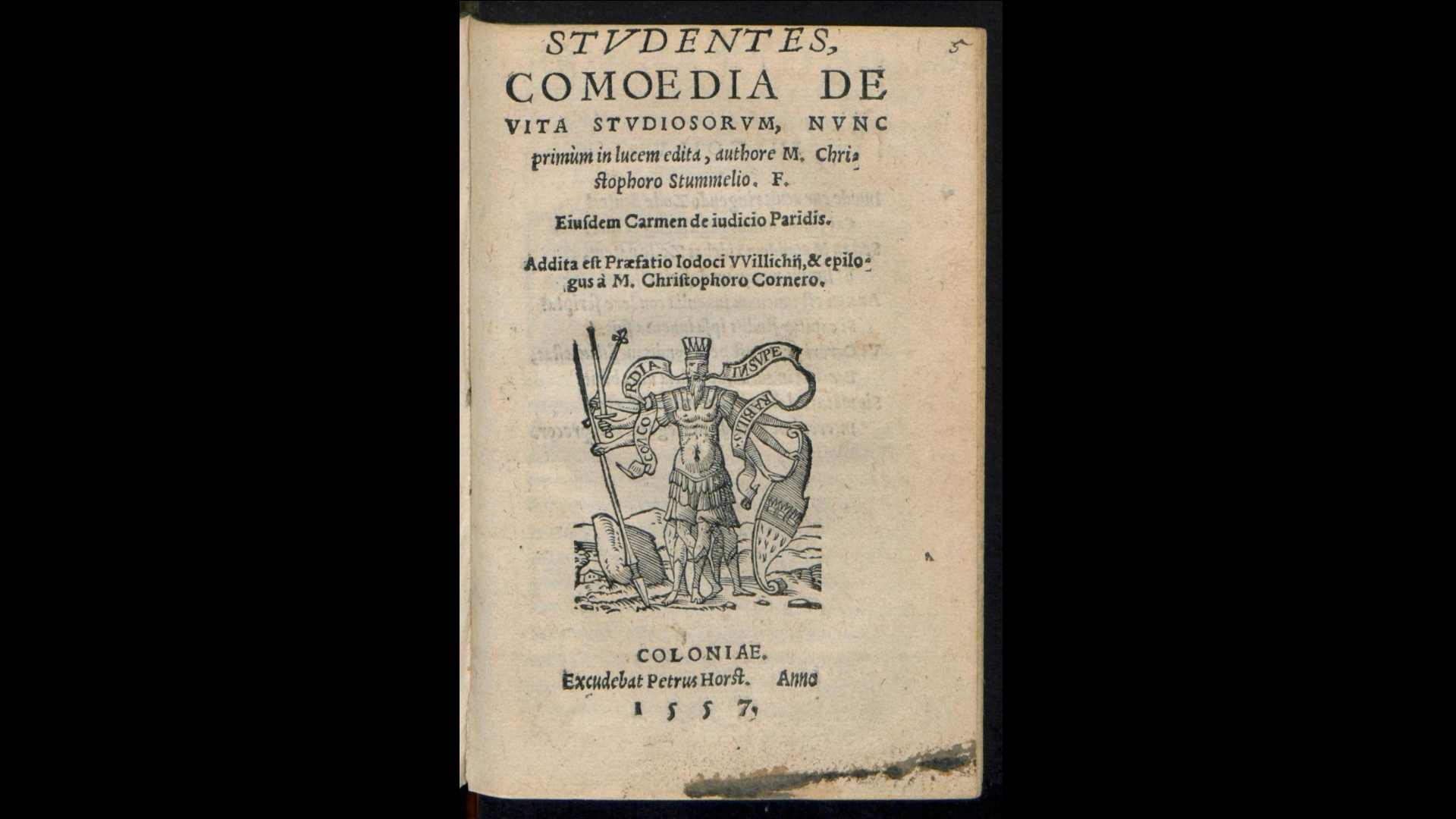 In Spring 2018, Dr. Norm Jones wanted help with an untranslated manuscript from the Huntington library. At the same time, a group of advanced undergraduate students, myself included, were taking an uncredited Latin prose composition course with Dr. Mark Damen to improve our translation skills. We decided that we could help Dr. Jones and began to work through his manuscript “sight unseen.” Unlike a normal Latin course, there was no preparation. Dr. Jones would bring in a piece of the manuscript each day, and we would all work through it, line by line, together.

The Latin Lab is centered around two goals: 1) to assist active researchers in reading and understanding texts written in Latin, and 2) to develop the translation skills of each participant. In the past four years, the members of the Lab have tackled several texts brought to them by faculty and graduate students from across the university. For instance, participants have read medieval chronicles, plant compendia, and astrological guides, striving together to work out an acceptable translation for each passage.

It did not take long for the participants to realize the benefits of this form of study. For the students, it was enlightening to watch their teachers struggle at times with knotty prose and verse. Students quickly became willing to ask for help or clarification on any type of problem without fear of seeming inadequate or unprepared. Spring 2021’s Jones Latin Scholar Abigail Fritz said, “Well there’s the initial period where I was too scared to say anything, because I was afraid of being wrong. But then I got to a place where I realized that my ideas were as good as anyone else’s. So I started saying the bad ideas out loud, and it wasn’t that bad... The fact that everyone is on the same page makes it more possible to say things out loud.” This sentiment has been increasingly echoed by many of the Lab’s participants as it has continued into the Spring of 2021.

It is not just the students who enjoy the Lab. Dr. Damen, who alongside Dr. Jones co-directs the program, says that he looks forward to attending every day, because of the camaraderie and collegiality that has developed among participants at all levels. While Dr. Damen is a Latin authority, he has termed himself more of a “traffic cop” in this setting. He directs the conversation as everyone translates together, often simultaneously. This turns translation, which can sometimes be a tedious process, into an exciting communal experience. As Dr. Damen put it, “I have never had an hour fly by so quickly as it does in the Lab.”

For those who introduce the texts to be translated, the Lab presents a unique opportunity to have passages rendered into English which helps them develop a deeper understanding of their sources. Everyone works together and shares in the venture. As the Lab members clarify the grammar and wording of a text, the researchers who have brought in that text provide the context necessary for making sense of the translation. In other words, the Lab tells the researchers what the Latin says, and the researchers tell the Lab what it means.

In the last year, the Latin Lab community has been robust in spite of obstacles. Like many other classes, the Lab was forced to go online during the COVID-19 pandemic. While this initially posed a challenge, the efforts of Jones Latin Scholars Jacob Hayden and Abigail Fritz, have made the transition smooth and beneficial. Abigail realized that going digital meant the Lab needed more of an official presence online, and she and Jacob strove to establish a working Zoom course and an official website. As a result, the Latin Lab community has, unlike so many others, grown during the pandemic by inviting in former students from across the country who could continue participating even after graduating from Utah State.

In all, the Latin Lab has translated or worked on twenty-four works written in a variety of regions and time periods. From medieval manuscripts and cartoons to seventeenth-century plays and epidemiological treatises, there is an opportunity for participants to read a wider variety of Latin texts than is possible in the traditional classroom. Most important of all, it is fun. The Latin Lab is open to advanced Latin students at Utah State University and meets MWF 11:30-12:20 on the Logan Main Campus.