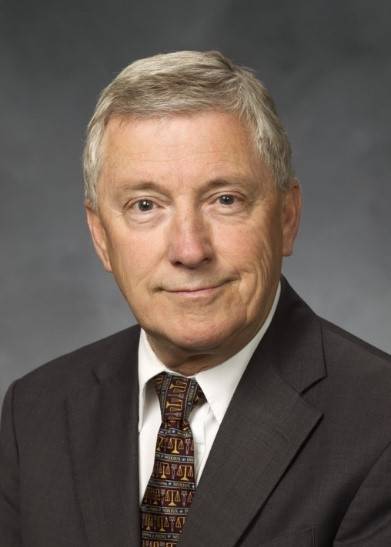 The History Department at Utah State University is pleased to announce the G. Kevin Jones Student Writing Award in Mormon History. This new $1000 recognition will be awarded each year to a USU student who has written and submitted an excellent paper addressing some aspect of Mormon history.

Writing award recipients will be selected according to the following criteria:

Recipients of the G. Kevin Jones Student Writing Award will be recognized at the History Department’s annual awards ceremony. Details about submission and deadline will be posted in January 2021.

Kevin Jones is accomplished in law, has authored award-winning law review articles, is a popular adjunct professor in History and Political Science, and was active in the Mormon History Association serving for nearly 20 years as the Business Manager and Member of the Executive Committee of the Journal of Mormon History. Mr. Jones feels that the study of Mormon History is important for three reasons: First, Mormon history records the rise of a new religious movement that is uniquely American and has spread across the globe. Second, the Mormons were a major factor in the settlement of the American West, having arrived in California by ship in 1846 and in Utah by wagon in 1847. Finally, the study of Mormon pioneers demonstrates sacrifice, courage, tenacity, ingenuity, and faith, which contributed to the success of the Mormon experience in the West and provides a living example for future generations. Mr. Jones worked in the three branches of the United States government: Legislative (Article I), Legislative Assistant to United States Senator Ted Stevens (Republican-Alaska); Executive (Article II), Attorney-Advisor, Office of the Solicitor, United Stated Department of the Interior; and Judicial (Article III), United States Supreme Court Fellow.