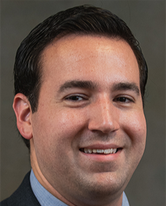 John Antonio Pascarella earned his B.A. from Mercer University, and his Ph.D. in Political Science from the University of North Texas, specializing in Political Theory. His research focuses on Aristotle’s political philosophy. He recently published his first book, Economics and the Public Good: The End of Desire in Aristotle’s Politics and Ethics (Rowman and Littlefield, 2022). In addition to Aristotle’s economic teaching, his current research interests include the relationship between speech and political education, both in Ancient Greek and Early Modern political thought. His teaching concentrates on the History of Political Thought.