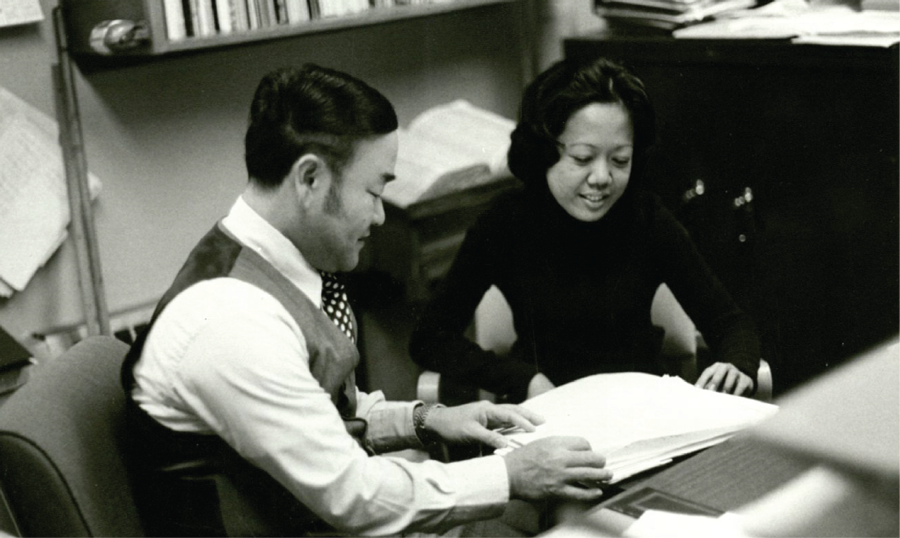 Dr. Yun Kim, a professor of Sociology, is pictured here in the late 1960s, close to the time he founded the Population Research Laboratory. (Photo courtesy USU Special Collections and Archives)

Yun Kim had a vision as a young sociology faculty member in 1968: A working space where demographers of all types could research and collaborate.

Now, a half-century later, demographers of all types gathered Oct. 12, 2018, to toast Dr. Kim and the Yun Kim Population Research Laboratory. The primary mission of the Pop Lab, as it’s fondly known, continues to be the production and support of quality scientific research on a range of population issues affecting our state, nation and world.

Dr. Kim, now vice provost for the Office of International Education and Cooperation at Far East University in Seoul, attended a day-long seminar, as did many of the lab’s alumni, who work throughout the world.

Eddy Berry, professor of Sociology and the lab’s director, shares her goals for the future, which will carry Yun Kim’s legacy forward:

“I would very much like to see the Pop Lab continue to educate professionals who serve the public in governments around the world; who teach educate students and the public on the consequences of demographic events; and who lead the people of Utah, the United States, and the world to a better understanding of the consequences of population changes.

“Throughout my career, I have been indelibly proud to be a population specialist. Working with these talented and committed students and colleagues is a special gift and treasure it.”

Read more about the laboratory's history and half-century celebration. 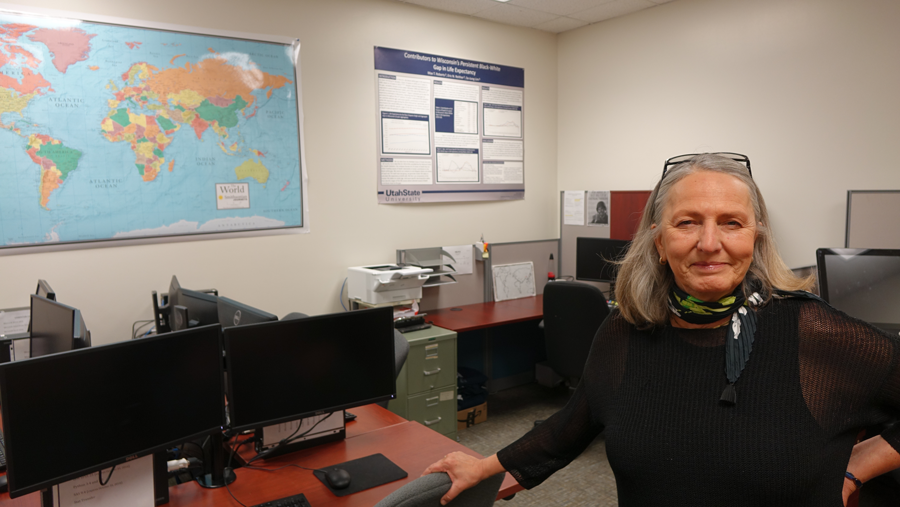 Dr. Eddy Berry, who serves as Director of Graduate Studies for Sociology, the Population Research Lab, which features equipment and software for detailed research on demographics.