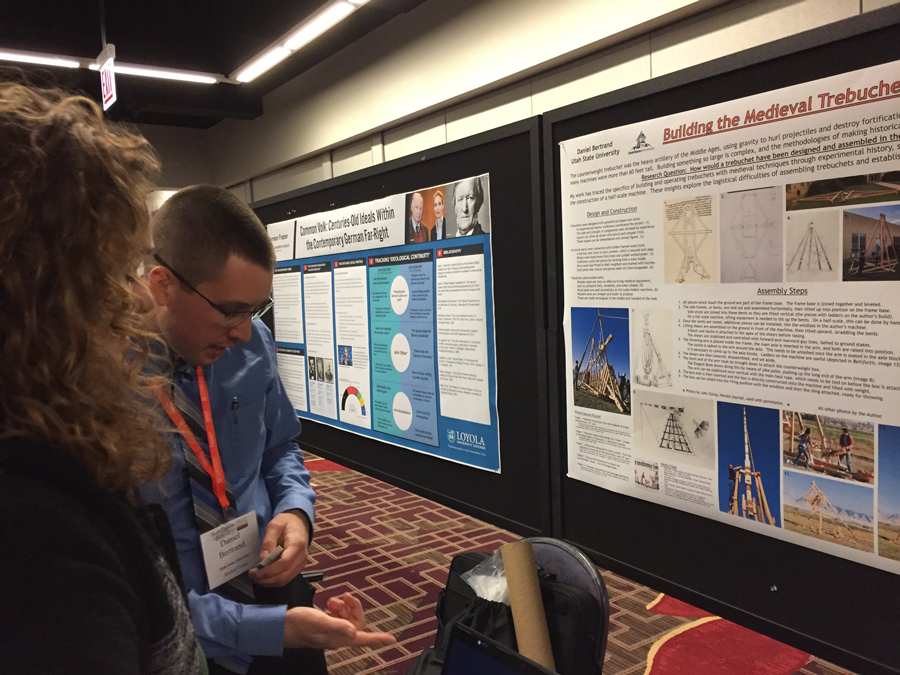 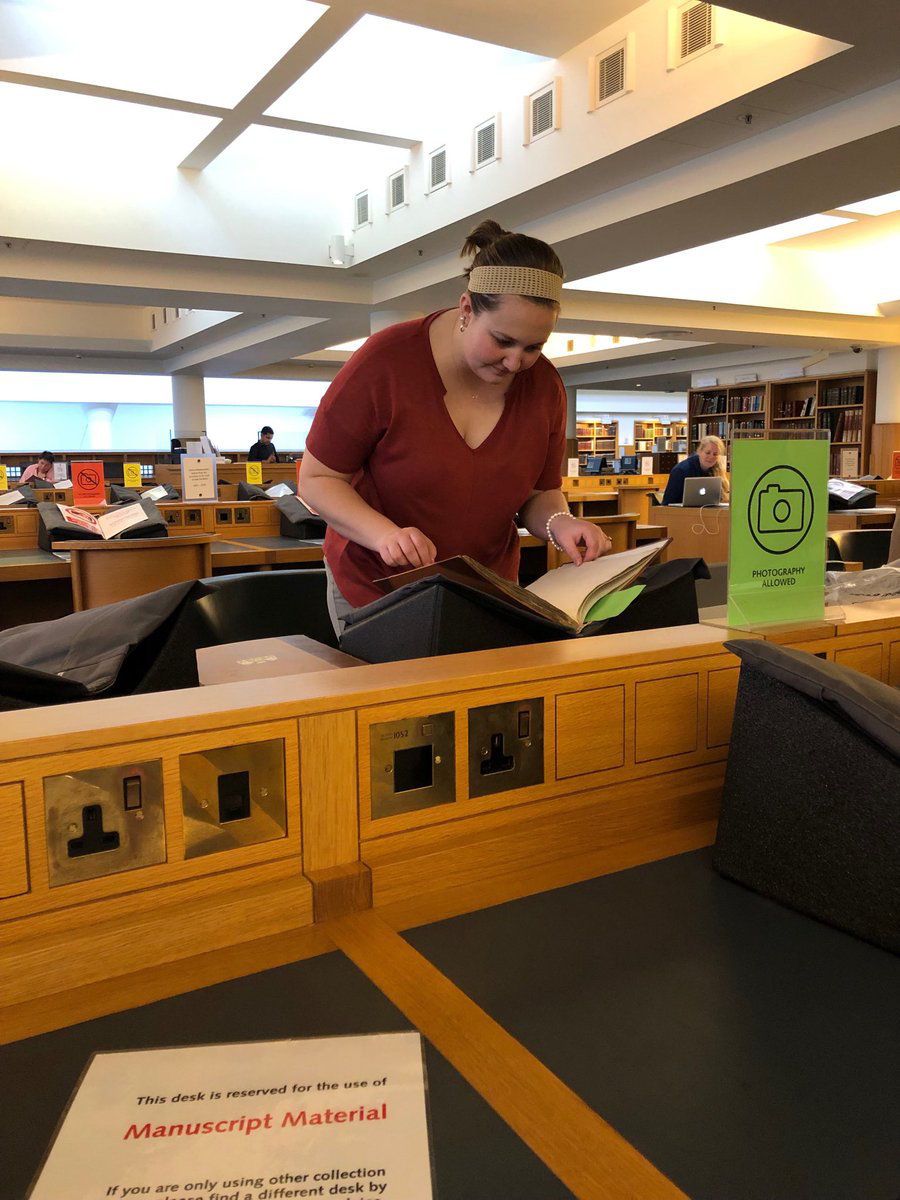 Those who attended the American Historical Association conference last January in Chicago saw something that’s not all that common at this national gathering: undergraduates.

“It is considered a great accomplishment for graduate students to be chosen to present at our national conference,” said History Department Head Dr. Jamie Sanders, “so it is even more impressive for undergraduate students to receive this rare honor.”

Frankie Urrutia-Smith presented her scholarship titled “A Dowager Countess or a Poor Old Awnte? The Intersection of Age and Gender in the Life of Lady Elizabeth Russell.” Urrutia-Smith researched how old age and a society’s biases wounded the proud Lady Russell, an Elizabethan-era scholar, who in her younger years had been a renowned scholar and influencer.

Daniel Bertrand’s research, “Building the Medieval Trebuchet,” was captured not only on a poster, but demonstrated publicly at a test pumpkin toss with a 30-foot “half-scale” trebuchet he had constructed using medieval engineering plans. The 22-year-old is from Taylorsville, Utah.

And Sanders added this: “We are so proud of Frankie and Daniel for representing Utah State and the History Department on a national stage.”